He is used to facing the cameras and the public alone.

But behind the scenes Boris Johnson is more than just one man facing the world with scarecrow hair and a crumpled suit.

Team Johnson has taken the lion’s share of funding from Tory backers as he has long been the favourite to succeed Theresa May as Tory leader and prime minister. 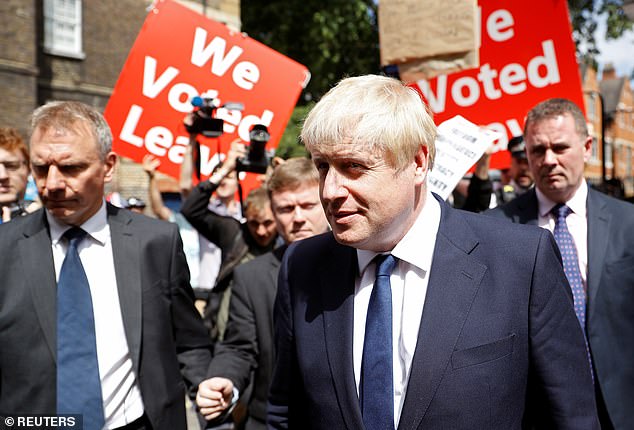 That has allowed him to recruit a phalanx of long-term associates who have been working feverishly behind the scenes to smooth his path to Downing Street.

Here we take a look at some of the strategists and advisers working hard – and often tieless in the case of the men – in the London summer heat. 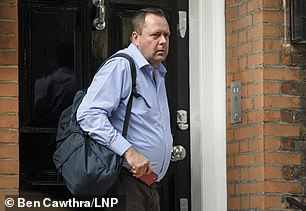 A long term associate of Mr Johnson Mr Waldon was his communications director when he was mayor of London between 2008 and 2016.

When Mr Johnson swapped City Hall for Uxbridge and a return to the Commons he joined City PR giant Edelman, becoming its managing director of public affairs.

He took a leave of absence from the firm earlier his year to rejoin his former boss as a strategist and is expected to have a role in Number 10 if Mr Johnson wins. Despite this Edelman said he will be returning to the firm ‘later this year’ as senior counsel, strategic communications.

Back in 2016 it was reported that Theresa May’s advisers had taken a hard approach with Walden. Two of Mrs May’s joint chiefs of staff refused to sign off a significant title for the long-standing adviser.

Walden is said to have stood alongside Johnson since 2012 where he reportedly raked in £130,000-a-year as director of communications at City Hall.

Walden is also an ex BBC journalist. He spent 13 years at the broadcaster, starting off at a sports producer and reporter in 1999. He then moved through various roles such as news editor, Labour election editor and even worked as a foreign news producer.

His last role at the broadcaster was Westminster news editor, where he was responsible for planning and coverage for TV, radio and online news. 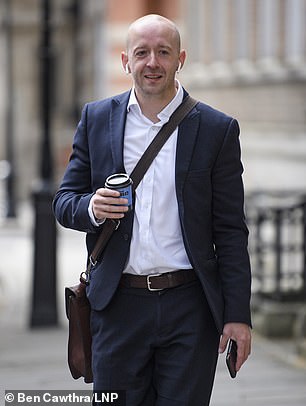 Mr Cain has worked with Mr Johnson for years

Lee Cain is a former Fleet Street journalist who again has a long record of association with Mr Johnson.

The 37-year-old worked as an adviser to several cabinet ministers before working with the Tory leadership favourite and Michael Gove as head of broadcast for the Vote Leave campaign during the EU referendum in 2016.

He followed Mr Johnson to the Foreign Office when he was appointed Foreign Secretary by Theresa May and followed him into exile when he quit in July last year.

A common sight in Parliament spinning for his boss with political journalists he is an experienced backroom plotter and has been slated as a potential director of communications in Downing Street.

He was known by many political figures as he had previously patrolled the corridors of the Palace of Westminster. 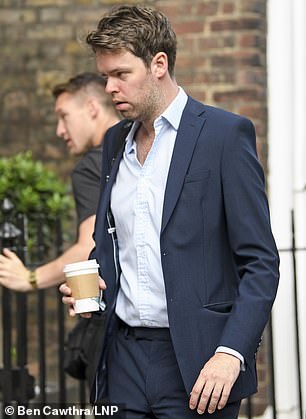 Mr Booth-Smith is a special adviser to James Brokenshire

In the past he has had some un-Tory views on housing, including telling homeowners they may have to accept a fall in prices to solve the crisis among young people, saying: ‘Homeowners have to accept new homes will be built in their area. Their home may lose value, it may rise in value, but that value will be fictional if no-one has the financial capacity to buy it.’

He has also advised against lifting the public sector pay cap and suggested greater devolution in areas like industrial regeneration and tax. 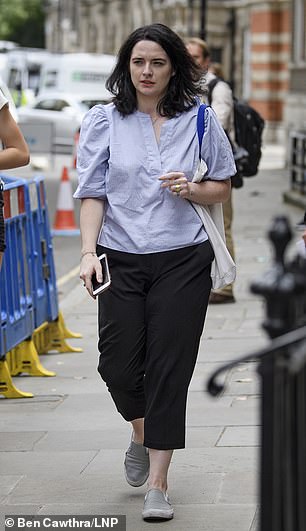 Ms Hodgson was a special adviser and Government speechwriter

Out of work after Ms Leadsom resigned from her ministerial post over Brexit, she is believed to be working in Mr Johnson’s communications team.

With her background she will be able to help Mr Johnson with his public speaking, which often goes off on tangents with Classical references and the occasional waft of Latin.

She is reportedly being lined up to be Mr Johnson’s deputy press secretary in Downing Street. 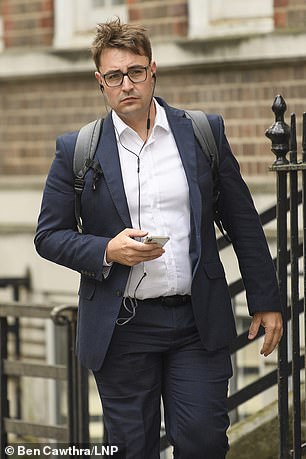 Another long-term Boris Johnson aide. Was a special adviser when h was foreign secretary and worked for him during his tenure as mayor of London.

Before that he worked for the Conservative Party, including the elections which took Boris Johsnon into City Hall and  the 2015 General Election campaign with saw the Tories achieve an overall majority, having previously been in a coalition with the Liberal Democrats.

Earlier this year he became a director of City public relations and marketing firm Grayling UK and is working as a policy adviser. 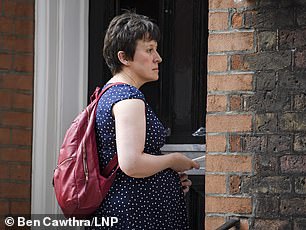 A member of Team Boris with direct experience of the inner workings of Number 10.

Nikki da Costa was director of legislative affairs in Downing Street under Theresa May and a close adviser to the now outgoing prime minister.

Like Mr Johnson she quit last year after disagreeing with Mrs May over her Brexit deal.

She had been a senior aide in Downing Street tasked with pushing legislation for Brexit through the Commons in concert with ministers. 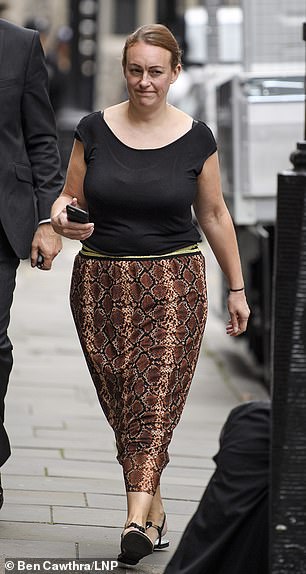 Having previously worked with the foreign secretary at the Foreign Office, Shelley Williams-Walker has been brought in to the team to lead its operations team.

Along with Lucia Hodgson is one of the few women in the higher echelons of Team Boris.