The royals were making the most of the sunshine today as they attended day two of the Land Rover Novice & Intermediate Horse Trials at Gatcombe Park in Stroud, Gloucestershire.

Zara Tindall, 37, who was competing, brought her very own cheerleaders along for support – including daughters Mia Grace, five and Lena Elizabeth, nine months, who was being pushed along in a buggy.

She was joined by ex-rugby player husband, Mike Tindall, 40, who was seen lifting a delighted Mia off her feet before swinging her around, as he kept the family entertained on the sunny day.

Stylish Mia opted for a rather bold pair of yellow shades just before cooling down with a mint chocolate chip ice cream, complete with a flake. 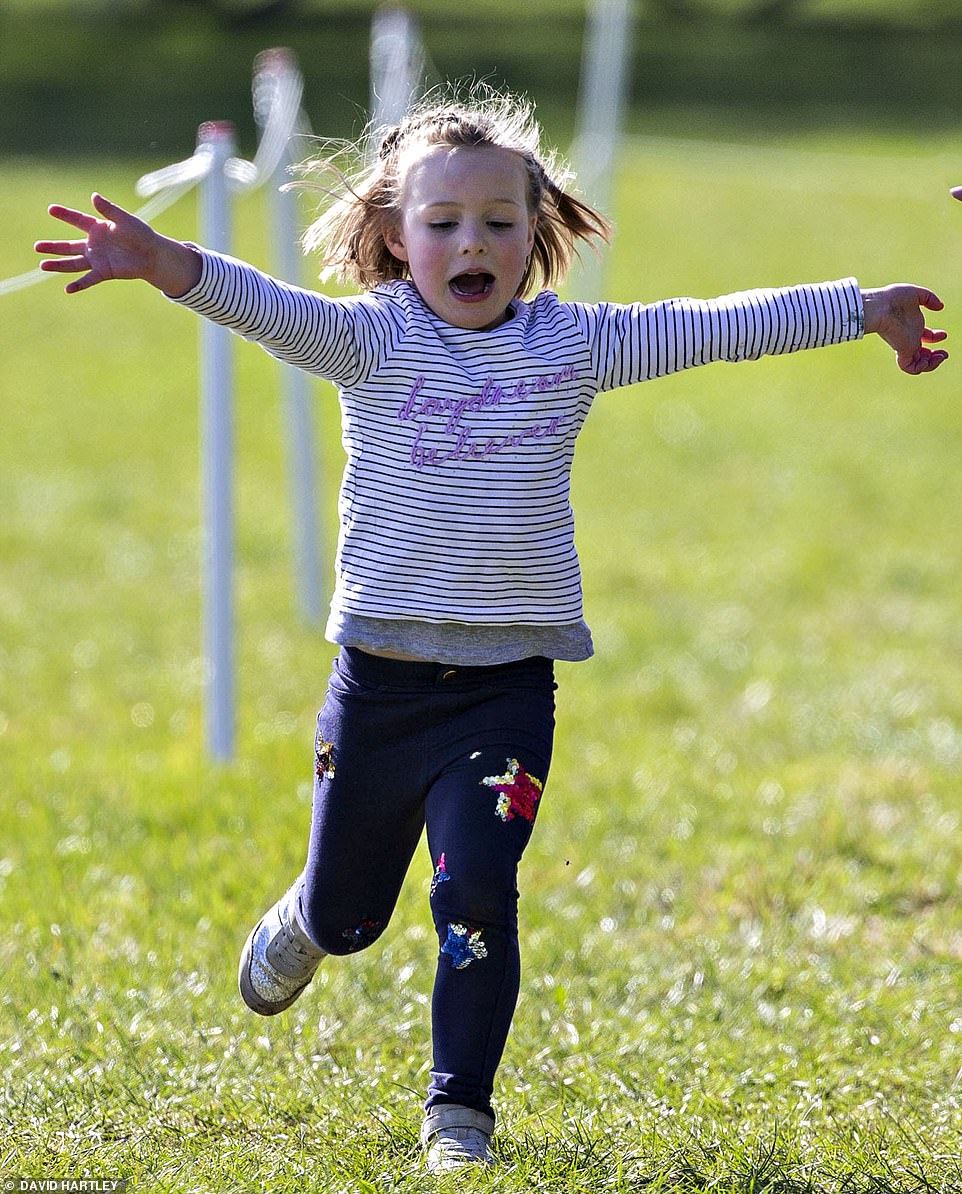 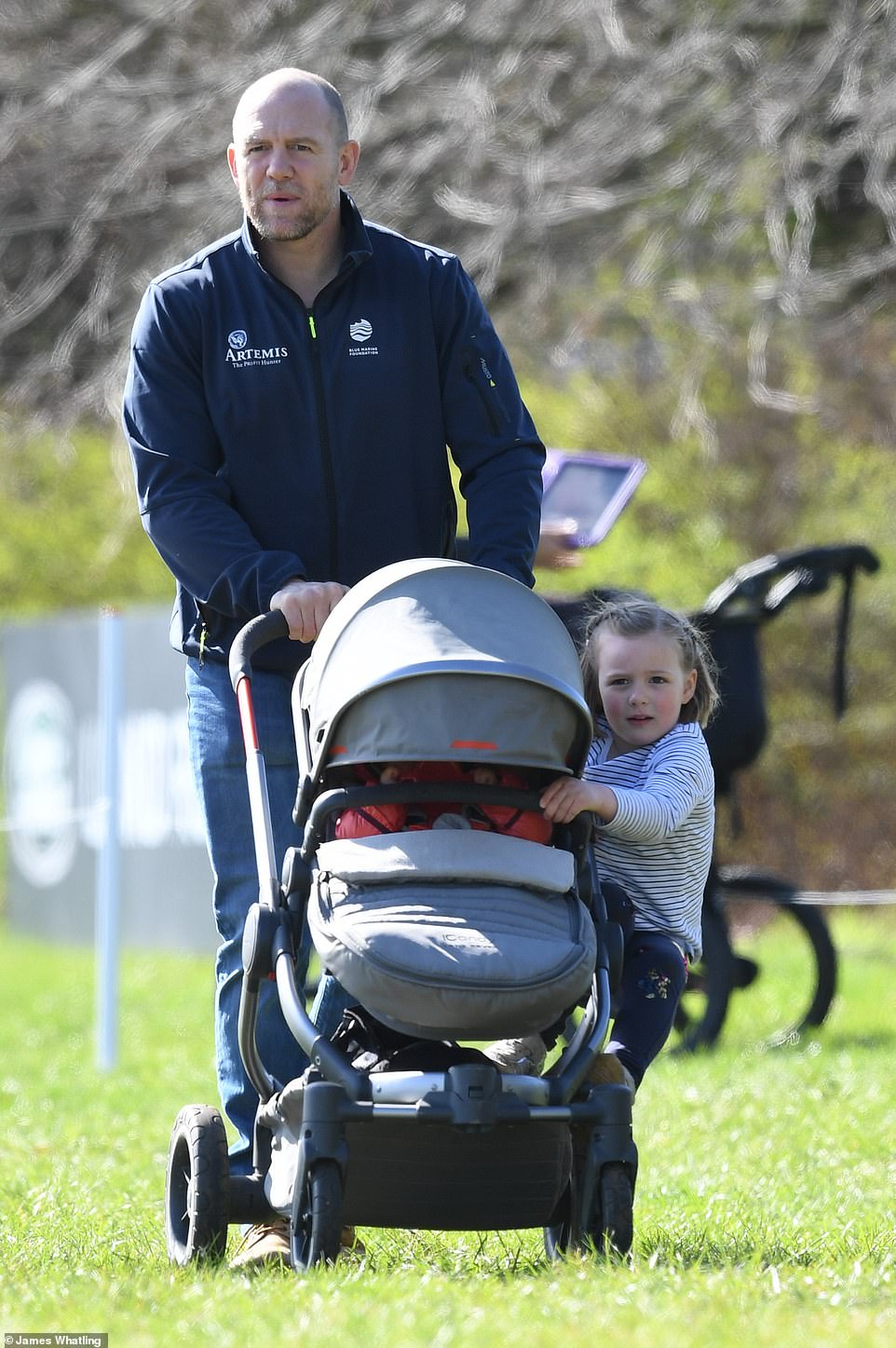 Members of the royal family were out in force to support Zara – including her ex-rugby player husband Mike and their daughter Lena Elizabeth, nine months. Pictured, adventurous Mia clung onto the side of the pram as her father pushed along her younger sister 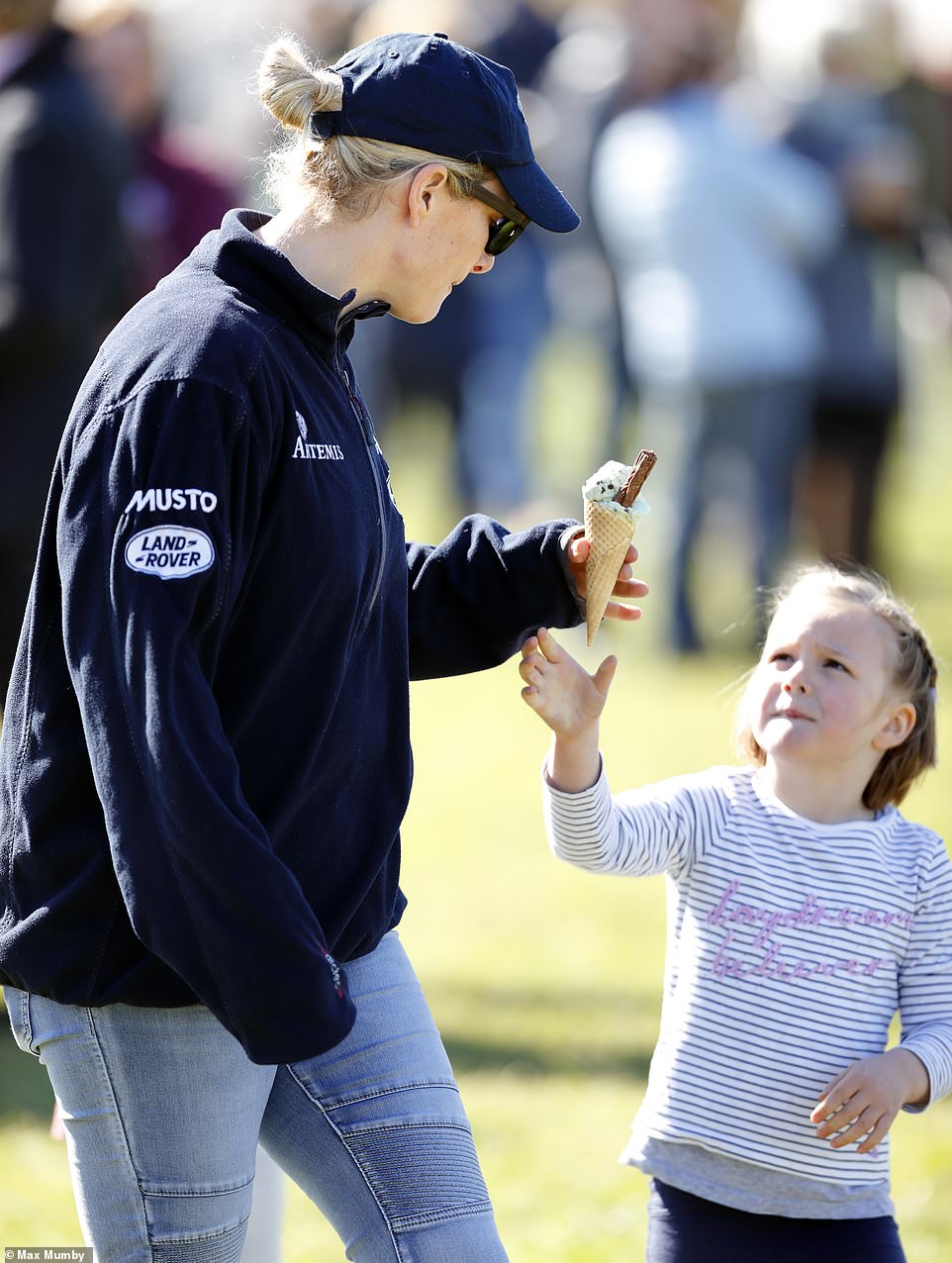 Princess Anne also protected her eyes from the rays with some sunglasses but kept the breeze at bay by wrapping up in a khaki jacket, jeans and coordinated hat.

In its 26th year, the event is taking place on a course designed by Princess Anne herself – who was also in attendance – alongside her event organiser, Pattie Biden.

Zara also competed in the trial yesterday. The public appearance comes just a week after the christening of her second daughter, Lena Elizabeth Tindall.

Princess Anne’s daughter was performing on home soil at the event at Hampton Fields, mid-way between Minchinhampton and Avening in the Cotswold district of Gloucestershire, near Stroud. 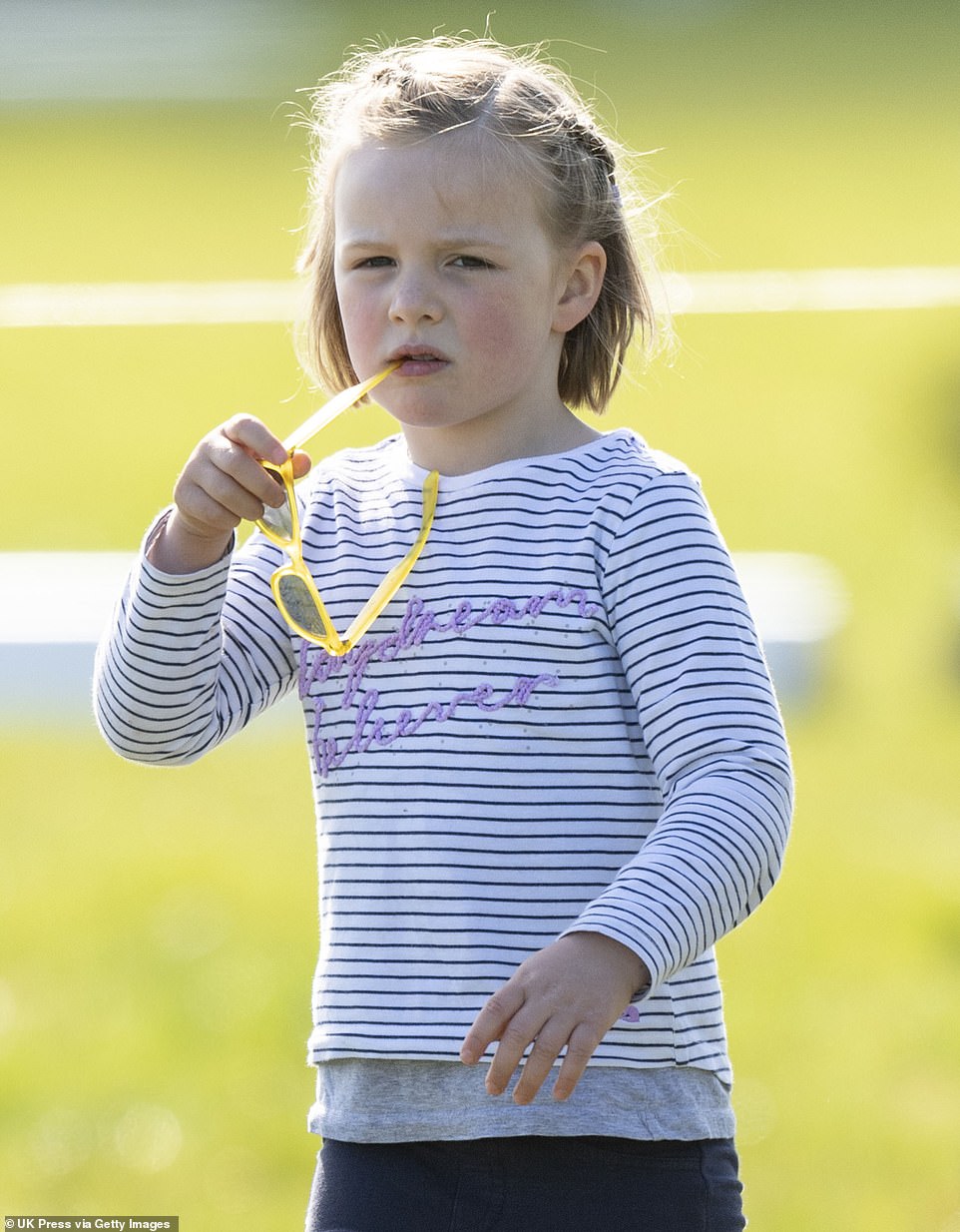 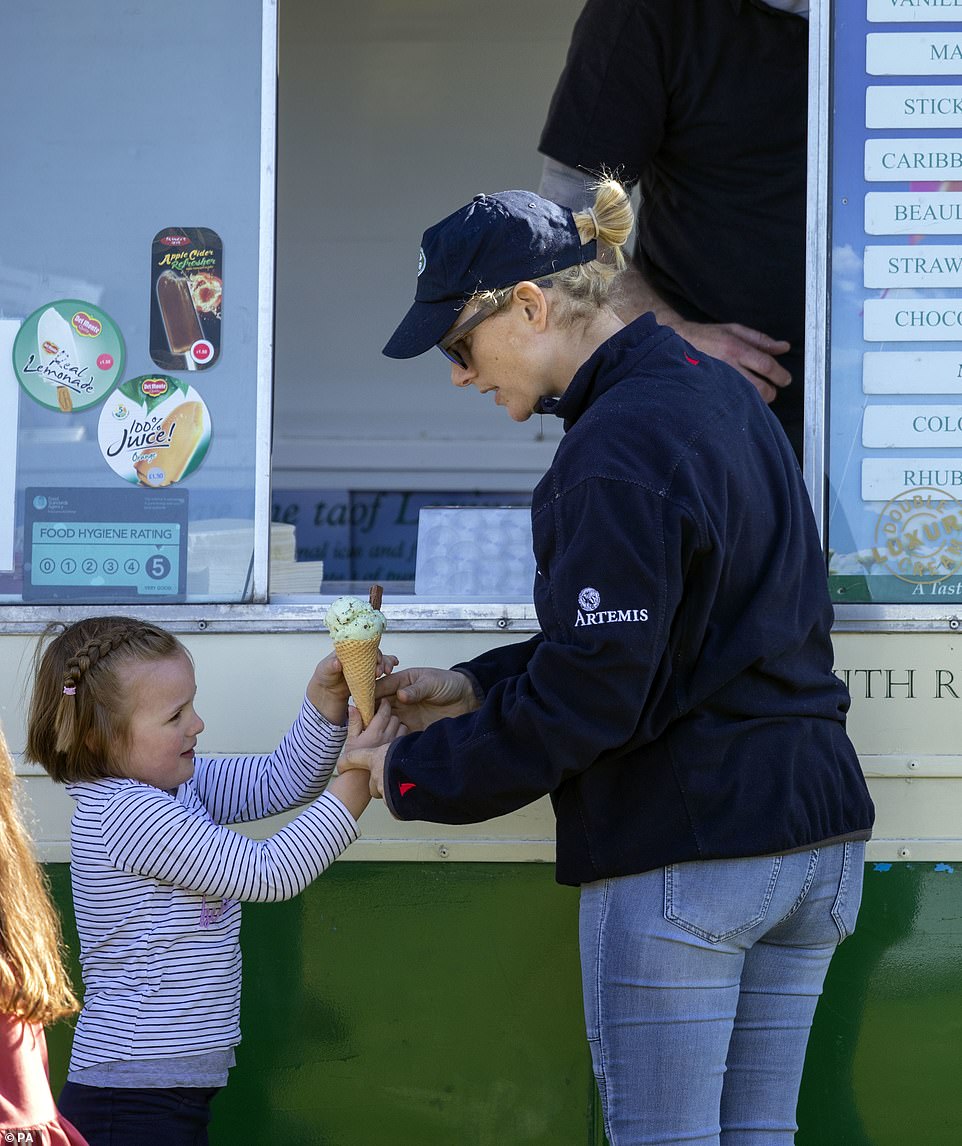 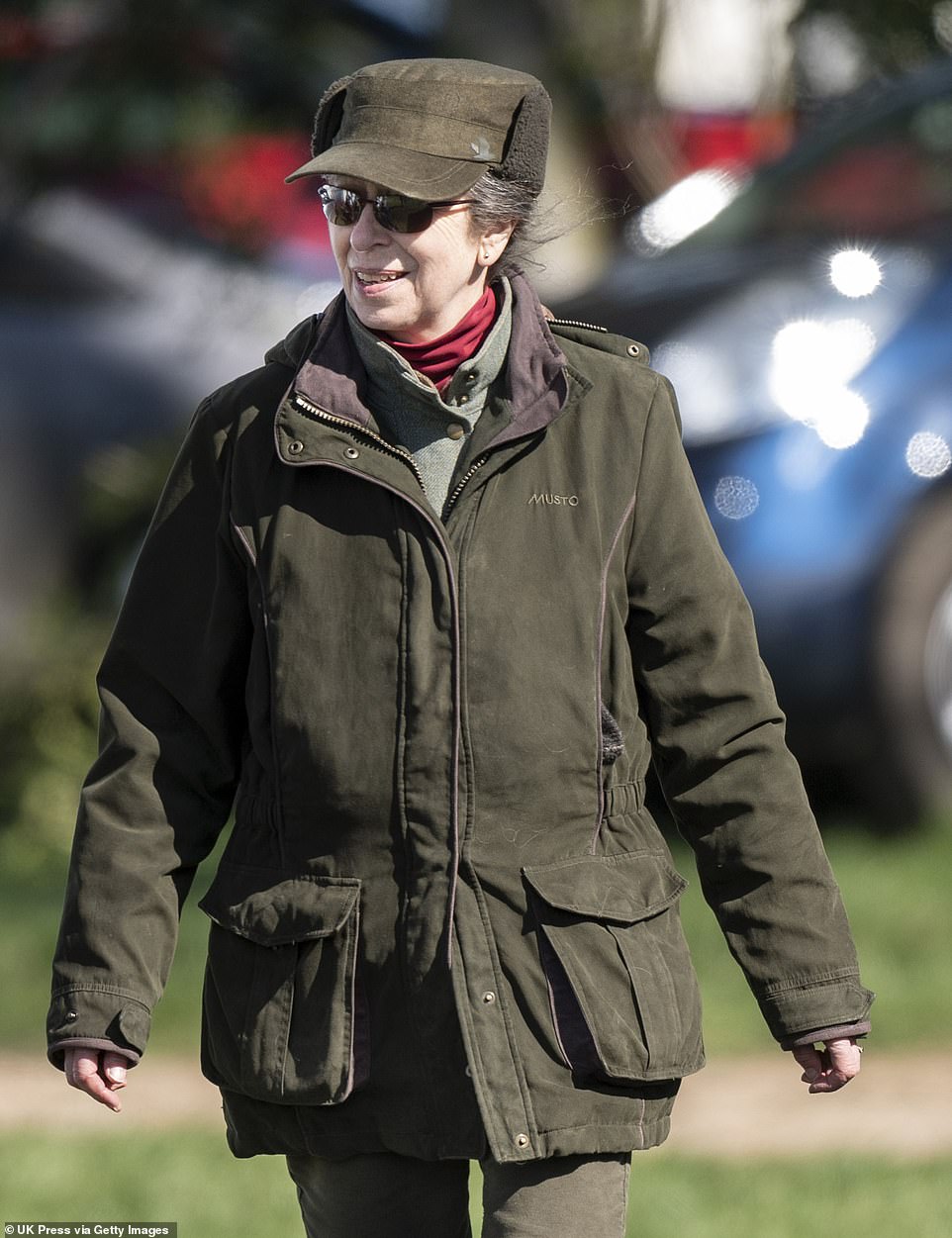 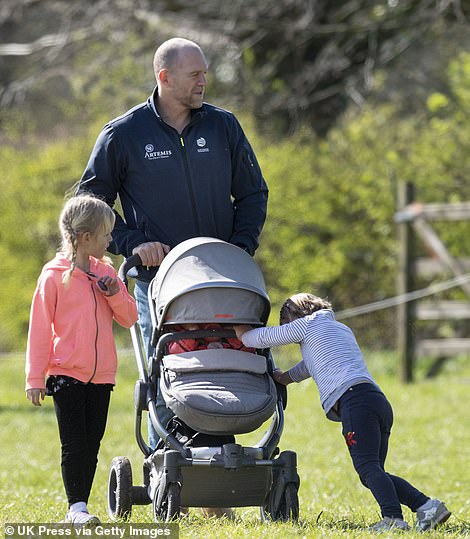 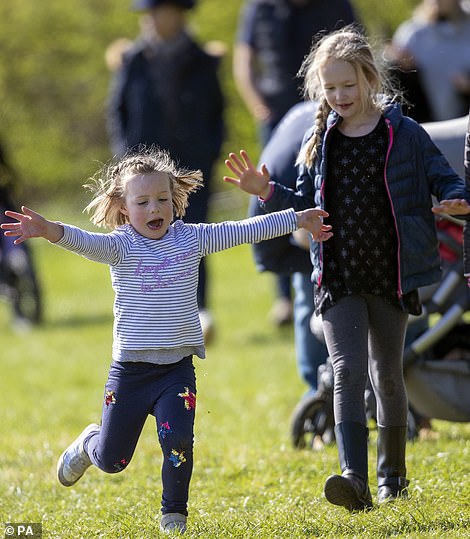 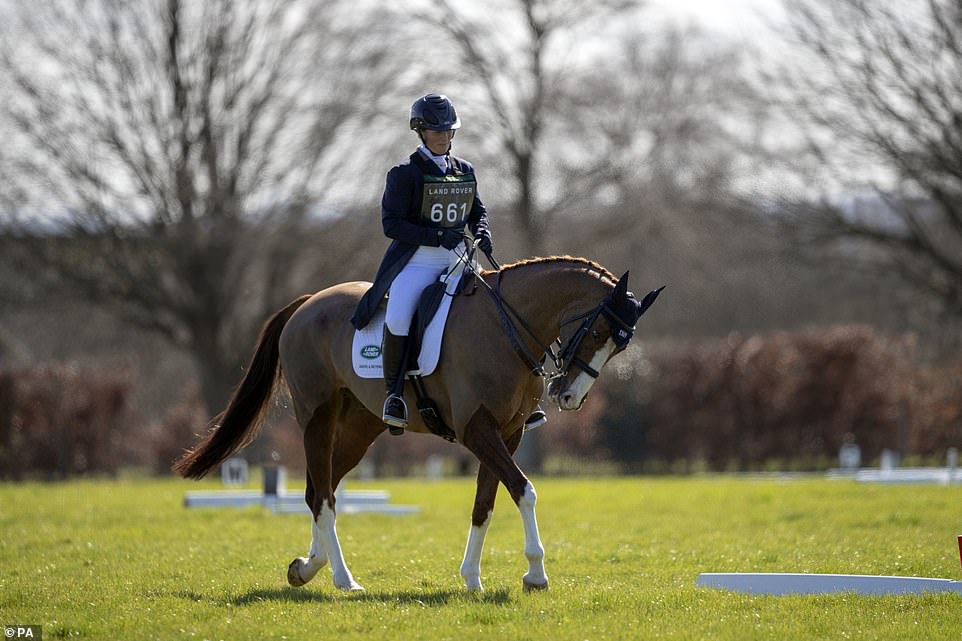