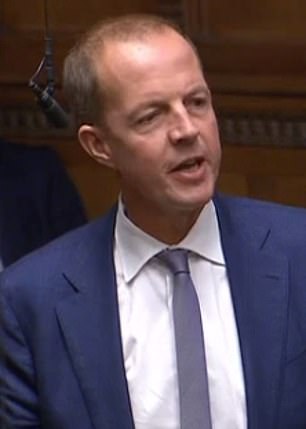 Ministers in Theresa May‘s Government are prepared to defy her and to vote for a backbench plan to give MPs power to block a no-deal Brexit, a Tory MP has warned.

Nick Boles told the BBC that some non-Cabinet ministers had told him directly they would quit if whipped against a bill allowing parliamentarians to demand Article 50 be extended for fresh talks with Brussels.

Speaking to the Radio 4 podcast Political Thinking the Grantham and Stamford MP also said members of his local Tory party in Lincolnshire may try to deselect him because of his stance on Brexit and said he continued to receive death threats.

Mr Boles’ dropped a planned bill giving more power to the backbenches on Wednesday but has swung behind the cross-party replacement European Union Withdrawal (Number 3) Bill, which is due to be tabled by Labour’s Yvette Cooper on Monday.

He told the programme’s presenter Nick Robinson: ‘We have had indications that many ministers, including Cabinet ministers are very, very keen to see it pass and are telling the Prime Minister that they will not vote against it.

‘There is a bandwagon rolling, it’s got a lot of momentum behind it and I very much hope that any MP who shares my view that a no-deal Brexit would be a disaster, will jump on board.

‘I have been told directly by ministers, not in the Cabinet, that they have said that they would resign if they are whipped to vote against it.’

Mr Boles dropped his own bill after a provision that gave more power to the cross-party Liaison Committee – made up of select committee chairs – was criticised by some of its members, with chairwoman Sarah Wollaston indicating it would not accept the role.

Mr Boles highlighted the division that Brexit has caused within Tory ranks, telling the BBC if his local party was asked to deselect him now ‘they probably would’.

He said 100 members had already written to say they were ‘outraged’ and wanted him gone, adding: ‘The truth is that many of them used to belong to Ukip only about a year ago. 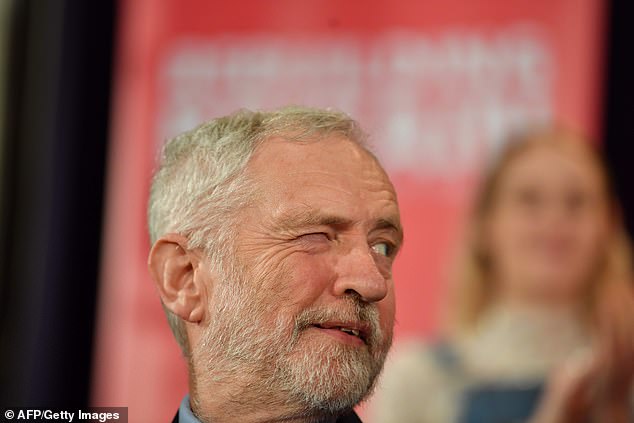 Jeremy Corbyn (seen in Hastings yesterday) has written again to the Prime Minister, reaffirming his refusal to meet to her for talks unless she is prepared to rule out no-deal

Meanwhile, Labour leader Jeremy Corbyn has written again to the Prime Minister, reaffirming his refusal to meet to her for talks unless she is prepared to rule out no-deal.

‘Meaningful dialogue or negotiations require acknowledgement that your Government’s deal has been decisively rejected, and the Government must now be open to other options that can win support in Parliament. And the starting point must be a commitment to rule out ‘no-deal’,’ he wrote.

Earlier in the day, Boris Johnson called on Mrs May to stop ‘dithering’ and tell the EU that Britain will not accept the controversial backstop arrangement designed to avoid a hard border in Ireland.

The former foreign secretary dismissed calls for the Prime Minister to rule out a no-deal Brexit, insisting it was ‘overwhelmingly likely’ Brussels will offer an improved agreement following the crushing defeat of Mrs May’s plan in Parliament.

Speaking as Mrs May continued intensive discussions to draw up a Plan B to be unveiled on Monday, Mr Johnson insisted that the UK must go ahead with EU withdrawal on March 29, saying it would be ‘shameful’ to seek to delay Brexit by asking for an extension of the Article 50 negotiation process.

Prince Andrew WILL continue to work on his Pitch@Palace project
X Factor: Celebrity final: Megan McKenna WINS the competition after Nicole Scherzinger shocks
TALK OF THE TOWN: Victoria Beckham won't be piling on the pounds
Weirdest polling stations where people are casting their votes in the UK today
Oklahoma principal who 'spanked students with wooden paddle' is charged with child abuse
SpaceX launches cargo to space station
Homeless men from London are displayed in a glass case for Danish art show
Ambulances went to Amazon warehouses once every two days last year as workers collapsed