Nekeshia Bentley, from Reading, Berkshire, was horrified when she saw the TV princess given lighter skin on the £10 item.

The Nickelodeon character, which was launched last year, has a black father and a white mother in her storyline.

Ms Bentley, 29, who bought the pyjamas for her daughter Myema, five, said: ‘It’s either a massive mistake or a case of sub-conscious racism. 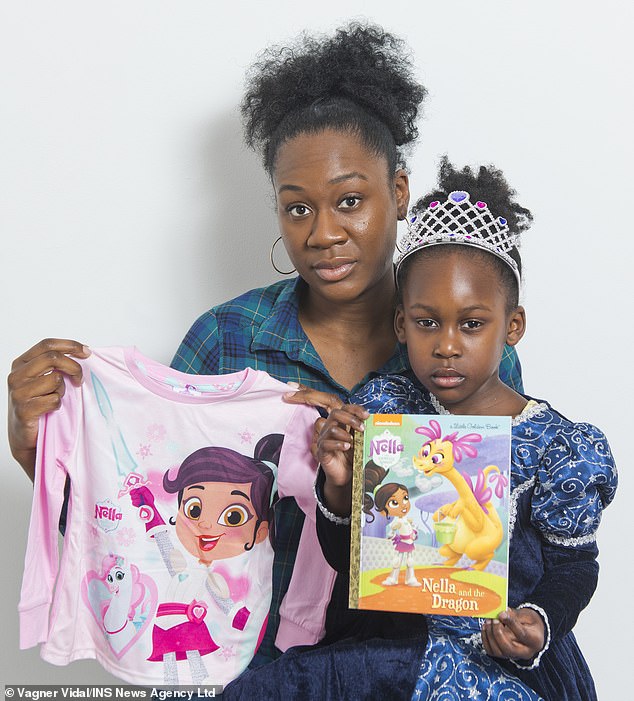 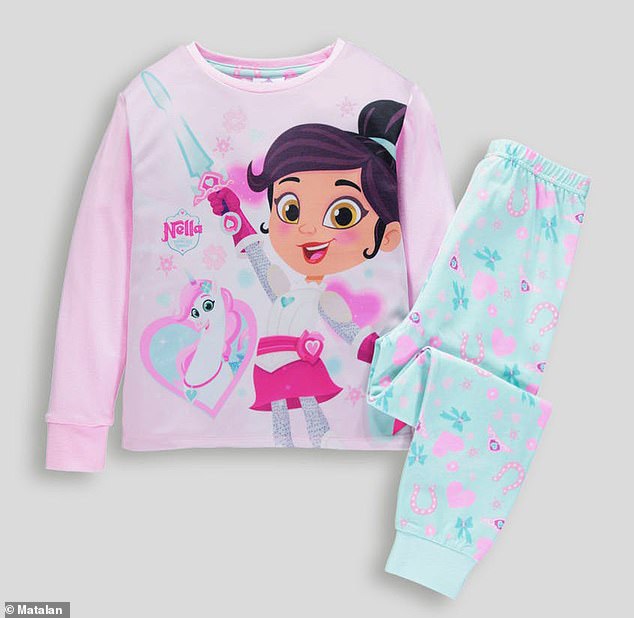 Nekeshia Bentley, from Reading, Berkshire, was horrified when she saw the TV princess given lighter skin on the £10 item (pictured)

‘Either way it is out of order.

‘My daughter loves Nella. She watches the show all the time and pretends to be Nella, trying to do everything she does.

‘She is a good, strong model. I’ve no idea why Matalan whitened the character – they need to explain.

‘I thought it may have been the way it looked on the website, but it was the same in the shop — she looked white.’ 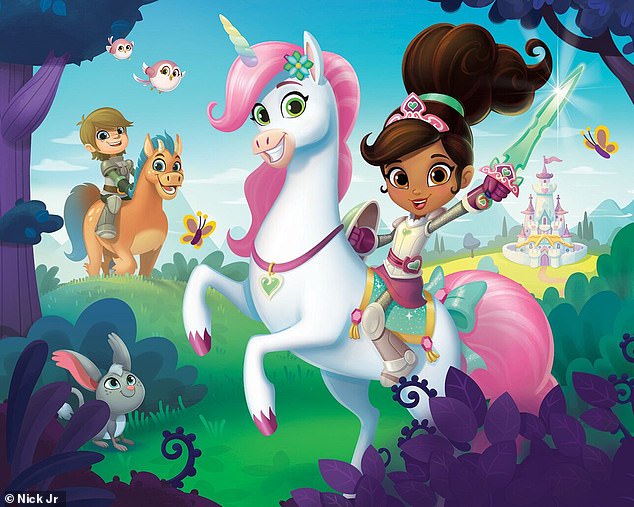 The Nickelodeon character (pictured) which was launched last year, has a black father and a white mother in her storyline

Nickelodeon said it made her mixed race because it was ‘representative of what the world looks like to kids today,’ The Sun reports.

The hit TV show follows Nella as she turns in the ‘princess knight’ and saves the people who live in her parent’s kingdom.

Ms Bentley added: ‘Both Nyemah and I are black British Caribbean.

‘She has toys of all ethnicities but she gravitates towards toys that look like her.’

A spokesman for Nickelodeon said: ‘This product doesn’t accurately represent Nella in the same way that millions of children see her on Nickelodeon screens worldwide.

‘We believe there potentially was an issue somewhere in the manufacturing process, of which we are investigating.’

A spokesman for Matalan said: ‘We are really sorry to hear of this concern regarding the Nickelodeon character pyjama set.

‘We are working closely with Nickelodeon and our supplier to address these concerns.

‘Customer feedback is extremely important to us at Matalan and all feedback is taken seriously.’

Oscars 2019: Rami Malek treated by medics after falling off the stage
'I would walk away': Trump's bullish No Deal advice is seized upon by Brexiteers
Amazing' six-year-old's 'food phobia' turned out to be a symptom of a terminal brain tumour
Nicki Minaj dons Diesel 'Bad Guy' jacket to (ironically) front cyberbullying campaign in Milan
Huawei asks US court to throw out ban on federal agencies buying its products
Cornish music festival Boardmasters is cancelled after severe weather warnings
Terrifying moment a woman finds a deadly six-foot brown snake wrapped in her bathroom blinds
I have insurance': Rudy Giuliani warns Trump against throwing him 'under the bus'