A Ugandan woman who became the first person in Britain to be convicted of FGM after performing ‘barbaric’ home surgery on her three-year-old daughter has been was jailed for 13 years.

A 37-year-old mother was found guilty of cutting her three-year-old daughter despite deploying witchcraft to ‘shut up’ her accusers.

Mrs Justice Whipple told the mother she had ‘betrayed’ her daughter’s trust and left her with a ‘life long burden’. The judge branded FGM an ‘barbaric practice’. 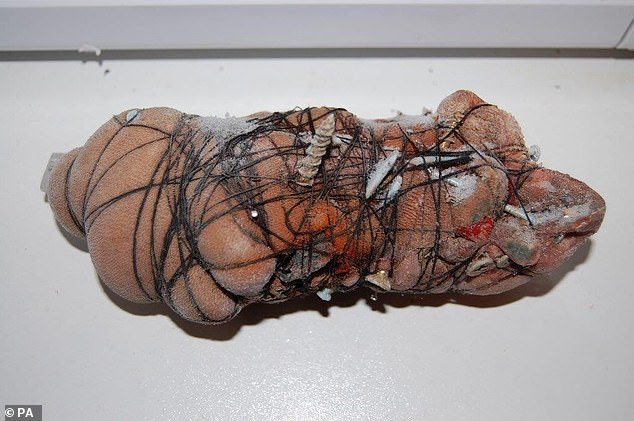 A Ugandan mother who became the first person convicted under FGM laws froze ox tongue (inset) with screws embedded in them aimed at silencing police, social workers, officers and lawyers in the case 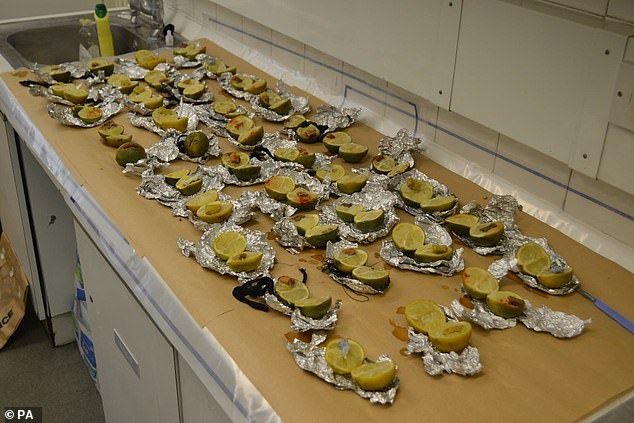 The mother wrote people’s names inside limes, which she froze, in a bid to use witchcraft to stop them reporting her

The court has heard how the mother had an interest in witchcraft and used ‘spells’ to target and try to ‘silence’ social workers, police and even the Director of Public Prosecutions, Alison Saunders.

Mrs Justice Whipple today jailed the woman for 11 years for the FGM offence, with a two-year consecutive term imposed for unrelated offences concerning indecent images found on her phone when it was seized as part of the investigation.

The judge said: ‘FGM has long been against the law and let’s be clear FGM is a form of child abuse.

‘It’s a barbaric practice and a serious crime. It’s an offence which targets women, particularly inflicted when they are young and vulnerable.’

The judge said it was not known why the woman inflicted FGM on her child, contrary to her culture, although witchcraft was a possibility.

On the psychological effect on the victim, she the told defendant: ‘This is a significant and life long burden for her to carry. You betrayed her trust in you as her protector.’

The woman’s former partner, a 43-year-old Ghanaian, was cleared of involvement following an Old Bailey trial. 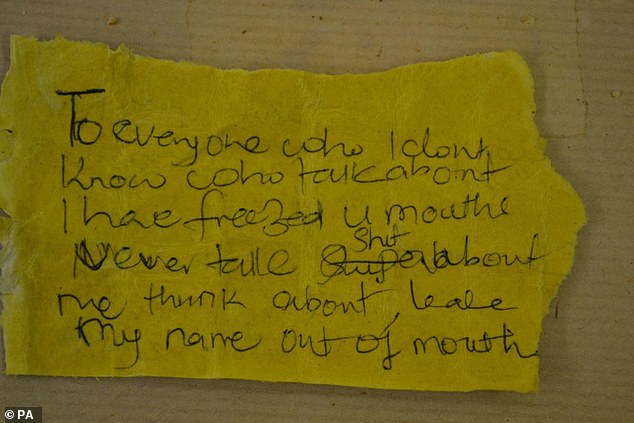 The pair, from Walthamstow, east London, had been jointly accused of carrying out FGM on their daughter in August 2017.

Today – on International Women’s Day – the mother appeared to be sentenced for harming her daughter.

Her mother said the girl was not wearing any underwear when she fell and landed on a metal strip on the edge of the cupboard door.

But the consultant who operated on the toddler that evening phoned the police suspecting that the girl had suffered FGM due to the lack of bruising to the girl’s groin area typically seen in impact-type injuries.

The kitchen where the surgery took place was so dirty that the police officer’s feet stuck to the floor when they searched the room.

They found that the cupboard door was almost hanging off its hinges and would had come away if the little girl had really fallen on it.

The toddler later confided in a foster carer about what actually happened to her at the hands of her parents and was to eventually tell police that ‘a witch’ had cut her between the legs. She told the former: ‘I promised, I can’t tell anybody.’ 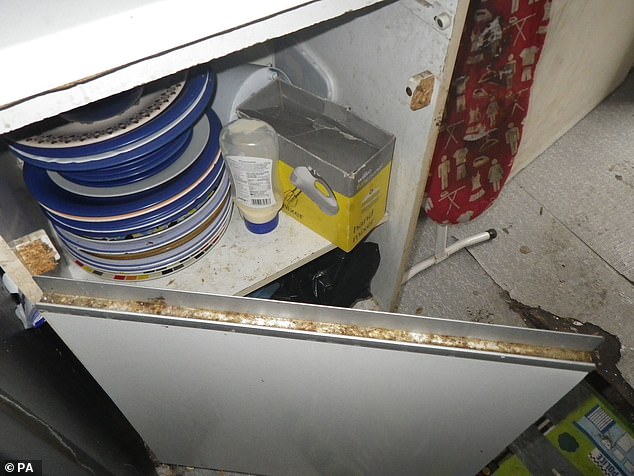 In a freezer at the woman’s home police found two cow’s tongues bound in wire with nails with a small blunt knife embedded in them.

There was also a jar containing 40 limes and other fruit which, when opened, contained slips of paper with the names of various targets including the then Director of Public Prosecutions, two social workers and the woman’s son.

The spells were designed to make them ‘shut up’ and ‘freeze their mouth.’

The court heard the woman has two fraud convictions dating back to January 2014 concerning a failure to notify and change of circumstances and making a false statement to obtain benefits.

Both parents earlier pleaded guilty to a string of unconnected offences involving the possession and distribution of indecent pornographic images recovered from phones seized during the investigation.

In April 2017, the woman sent two videos to a number of WhatsApp contacts, followed by another clip months later in August. 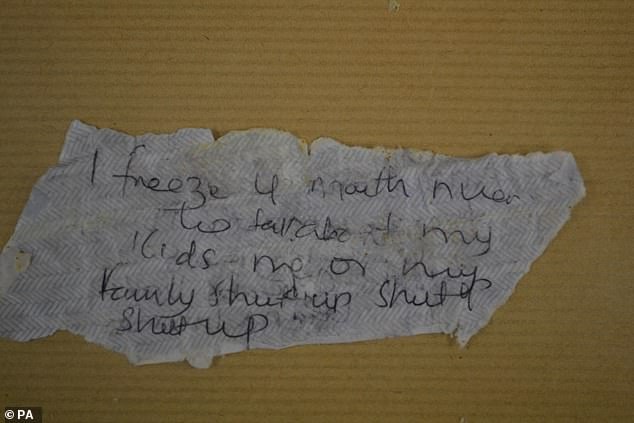 One portrayed sex between a five-year-old boy and 12 or 13-year-old girl, while the other two depicted a woman performing a sex act with a snake and a man having sex with a dog.

The girl’s father was found with videos of two five-year-old children having sex, a grown woman engaging in sex acts with a horse and the same snake sex video.

Mrs Justice Whipple sentenced him to 11 months in prison, although he had already served his time on remand.

The court heard it would be up to the Home Office to decide whether to allow him to continue living in Britain. 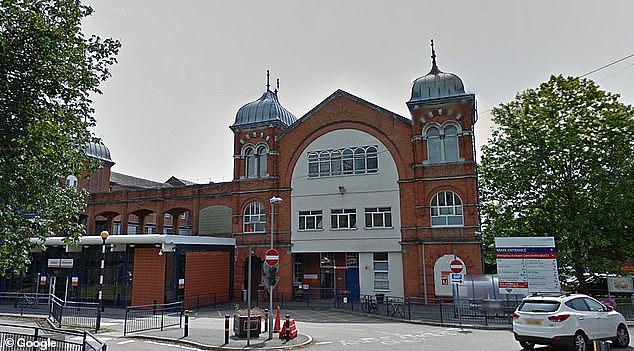 Speaking after the sentences, Leethen Bartholomew, Head of the National FGM Centre, which is run by Barnardo’s and the Local Government Association, said: ‘The first person to be convicted and sentenced for FGM is truly a watershed moment and sends a strong message to society that this crime will not be tolerated and offenders will be held accountable.

‘It has caused shockwaves in communities which practise FGM and we hope that this prison term will act as a deterrent, while encouraging other survivors to come forward to seek support.

‘The effects of female genital mutilation have a lifelong impact on survivors both physically and psychologically, so it is vital support is in place for the child for as long as she needs it.

‘Sadly, there is currently a lack of psychological support available for survivors. This must be reversed and an emphasis placed on recognising that survivors need ongoing support throughout their lifetime.’