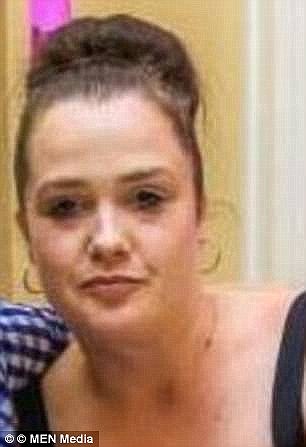 Mother Michelle Pearson, 36, was badly injured in the fire at her home in Salford, Greater Manchester, last December, and will not be able to attend her children’s funeral

A mother who lost who four children in a petrol bomb arson attack on their home nine months ago will not be able to attend their funeral.

Michelle Pearson, 36, had been determined to attend the services after spending months in a coma following the incident in Salford last December.

But today her mother Sandra Lever announced on Facebook that she could not go to the funeral because of ‘unforeseen medical circumstances’.

Mrs Pearson was placed in a medically-induced coma after the fire and was unaware of their deaths until April this year when she woke up.

Just a matter of weeks ago she was said to still be in a ‘critical’ condition, and only began to talk again recently.

Social media users were quick to pay tribute to her and wish her a speedy recovery.

One Facebook user wrote: ‘We will all make her proud Sandra and give them the best send off big hugs and kisses too Michelle we all love her n (sic) miss her loads keep fighting iron lady xxxx’

Another added: ‘Omg feeling for all your family and michelle sending love and hugs always.’

The funeral, which will be held on Friday, will begin with a procession in the street where the youngsters died before a minute’s silence will be held at the school attended by two of the children.

All four children will be buried together, with little Lia in a Peppa Pig coffin because of her love for the show. 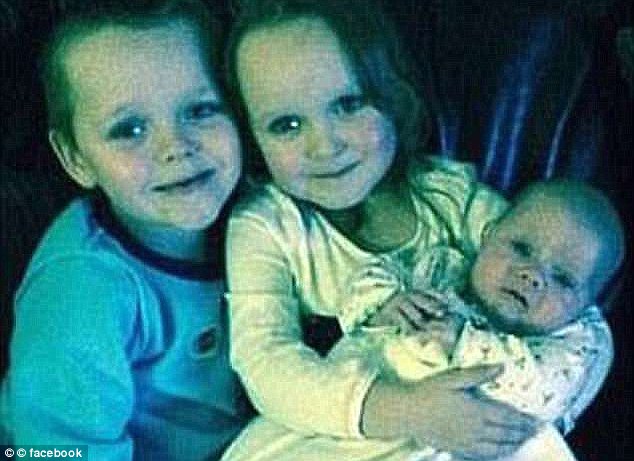 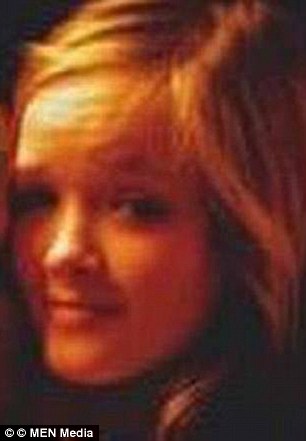 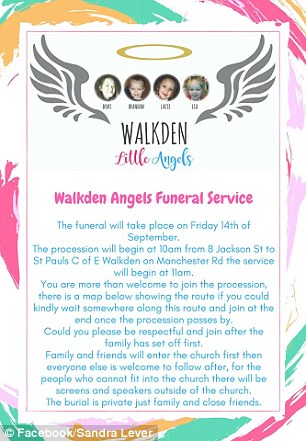 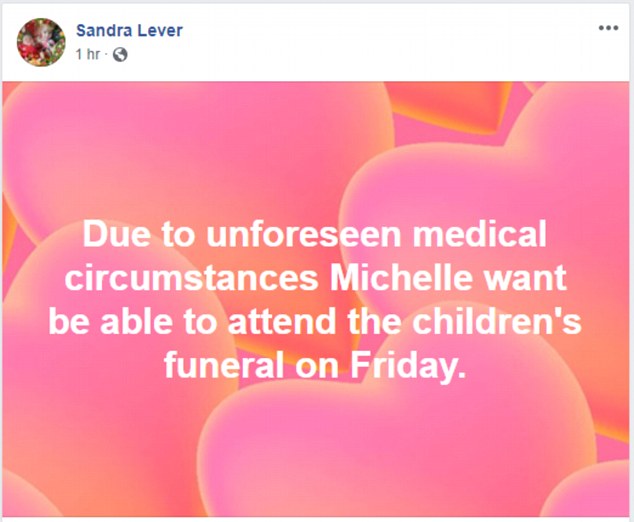 The procession with then continue to St Paul’s Church in Walkden, where hundreds of people are expected to attend the service, with a screen and speakers outside the church for anyone unable to fit inside.

The children’s coffins will be taken to the funeral by horse-drawn carriages which will leave their home on Jackson Street at 10am.

Family and friends will walk behind the procession as it makes its way to the church via Bridgewater Primary School – where Lacie and Brandon were pupils – for a one minute silence.

The children’s grandmother, Sandra Lever, revealed details of this week’s service on her Facebook page.

She wrote: ‘Our 4 Angels funeral will take place on Friday 14th September. The starting point will take place on Jackson Street Walkden leaving at 10am. Walking behind our 4 angels through St Mary’s Park then on to Bridgewater Primary School.

‘Dress code is black and pink for girls and black and blue for boys. Family flowers only!’

Emergency services were called to the family’s mid-terraced home in Walkden shortly after 5am on December 11.

Firefighters battled against the flames, but were unable to rescue siblings Demi, Brandon and Lacie. Lia was taken to hospital but died a few days later.

Two other teenagers managed to escape from the property during the fire. 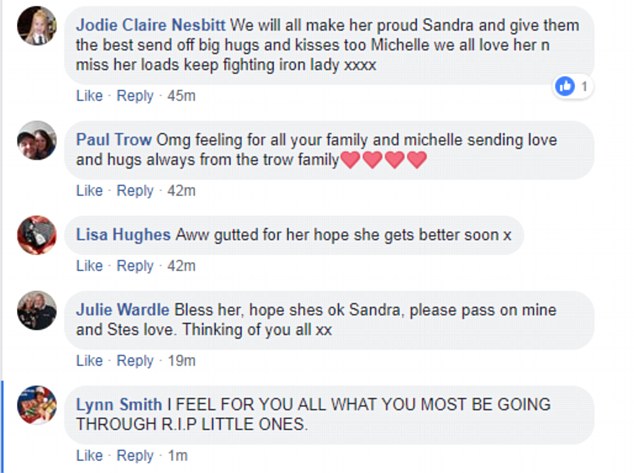 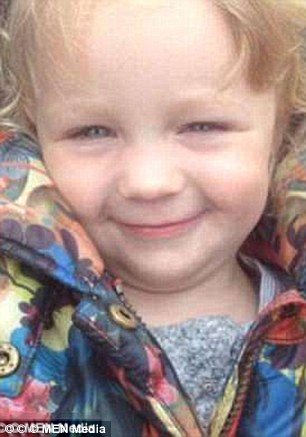 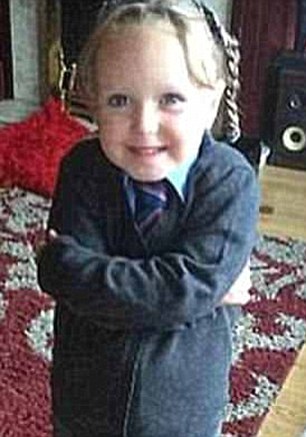 All four children will be buried together, with Lia (pictured) in a Peppa Pig coffin because of her love for the show 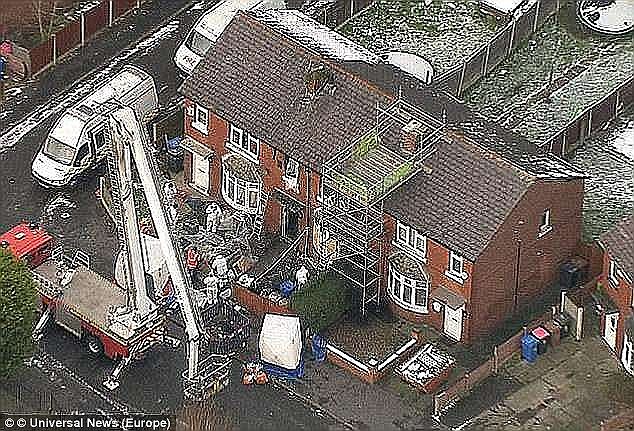 Mrs Pearson, who was sleeping in the same room as Lia escaped the blaze but was heard screaming ‘Not the kids! Not my kids!’ as the fire engulfed the three bedroom mid-terrace house.

In May Zak Bolland, 23, was given four life sentences at Manchester Crown Court and told he must serve a minimum of 40 years for the four murders.

David Worrall, 25, was also given four life sentences and ordered to serve a minimum term of 37 years for the murders of siblings, Demi Pearson, 15, her brother, Brandon, aged eight, and sisters, Lacie, aged seven, and Lia, aged three.

Courtney Brierley, 20, who was found guilty of four counts of manslaughter over the deaths of the children following the incident on December 11 last year, was locked up for 21 years.

In CCTV images the trio looked as if they had not a care in the world as they were pictured by an in-store camera snapping up two boxes of Budweiser beer at an off-licence in the city.

The group appeared to shared a joke with staff and fellow customers before an unsuspecting cashier even gave Worrall a friendly ‘fist bump’ as they left the store.

But within minutes, two of the bottles had been turned into deadly molotov cocktails to firebomb the family home of Kyle Pearson who had been in a feud with Bolland.

CCTV images captured Bolland and Worrall filling up a petrol can at a Texaco fuel station before arriving at teenager Pearson’s home in Walkden.

The two men then removed a fence panel from the garden of the Pearsons’ home, smashed a kitchen window and tossed in two lit petrol bombs.

One landed near the stairs, blocking the only exit to the ground floor and trapped the occupants as they lay asleep inside.

Kyle, 16, managed to escape out of an upstairs window but his siblings Demi, Brandon and Lacie, sleeping in a front bedroom, perished in the flames.

Mrs Pearson, who was sleeping in the same room as Lia escaped the blaze but was heard screaming ‘Not the kids! Not my kids!’ as the fire engulfed the three bedroom mid-terrace house.

Seven-year-old boy's henna tattoos leave him with horrific chemical burns
Number 10 reveals Britain's R0 is below 1
Road rage thug, 60, who stabbed motorist for beeping at 'dangerous driving' is jailed for 16 years
Indian PM says the country 'wins yet again' after his party sees huge landslide victory
Lewis Capaldi appears VERY worse after Q Awards
We can no longer give respirators to anyone aged over SIXTY
Parliament CLOSES to visitors amid coronavirus crackdown
Justin and Hailey Bieber PICTURED: Happy couple seen emerging from chapel on their wedding day