The mother of a Christchurch mosque victim has revealed she was on the phone with her teenage son when he was shot and killed by the gunman.

Salwa Mustafa’s son Hamza, 16, who had been praying at Masjid Al Noor mosque with his brother Zaid, 13, and father Khaled, 44, called her moments after the man opened fire on Friday afternoon.

The phone call marked the final time the mum would talk to her son, who had been trying to flee the attack with his younger sibling.

‘He said: “Mum, there’s someone come into the mosque and he’s shooting us,” and he was running with his brother who had been shot in his leg,’ Ms Mustafa told Stuff. 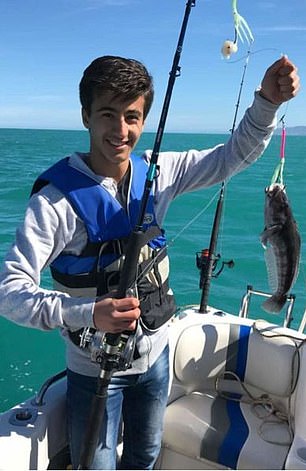 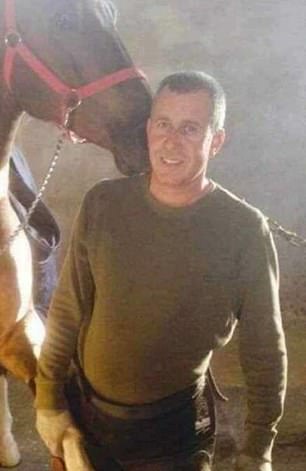 Hamza Mustafa, 16 (left) and his father Khaled, 44 (right) were killed in the Christchurch mass shooting on Friday. The young boy had called his mum as he tried to flee the gunman 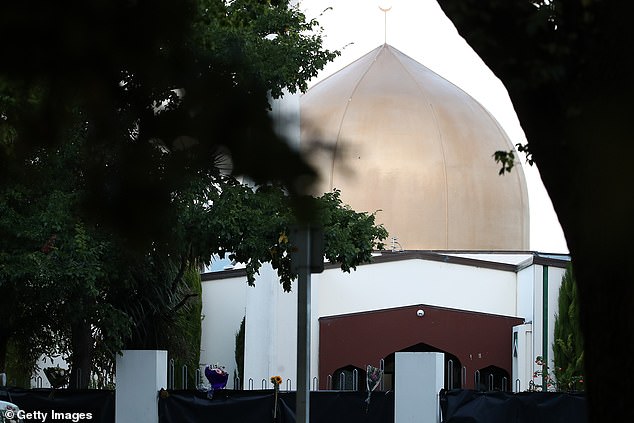 Hamza, his father, and his younger sibling Zaid, were taking part in Friday prayer when the gunman opened fire

Moments later, she heard the sound of gunshots followed by Hamza’s screams – the last thing she would ever hear from him.

Ms Mustafa said she called out after her son, but only heard ‘his little voice’ before the other end went silent.

She stayed on the phone for 22 minutes trying to get a response.

‘His phone was on, but I couldn’t talk to him, after that someone picked up the phone and told me your son can’t breathe, I think he’s dead,’ she said.

Zaid managed to flee the carnage, but Ms Mustafa’s husband Khaled, tragically, did not survive the attack.

Ms Mustafa spoke of her horror from Christchurch Hospital where Zaid is being treated for two gunshot wounds.

She described her late son, who was a student at Cashmere High School in southern Christchurch, as ‘the most wonderful boy’ who was ‘very caring and polite.’ 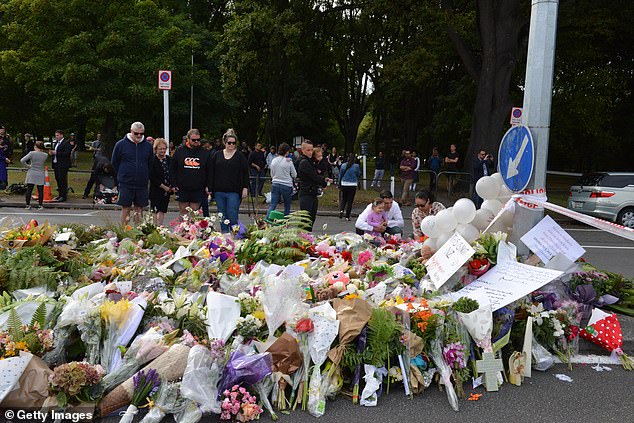 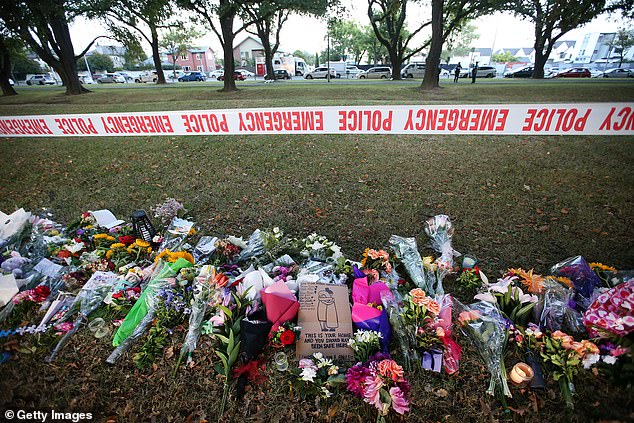 Speaking of the shooter she said: ‘God will punish him, my son and my husband are in heaven now and we’re going after them, we’re going to follow them to the heavens.’

Hamza and Khaled are among the 50 worshipers who were shot and killed in New Zealand’s worst mass shooting allegedly carried out by Australian gunman Brenton Tarrant.

At least 15 victims have been identified by their family members while a further 60 people remain on the official missing persons list.

Among those confirmed dead are Palestinian surgeon Dr Amjad Hamid, 57, who had moved to New Zealand with his wife for a better life, and Kuwait futsal goalkeeper Atta Elayyan, 33, who had recently become a father.

Three-year-old Mucad Ibrahim was also named among the dead after he passed away in the arms of his father and older brother Abdi Ibrahim, who only survived because he played dead.

Haji Daoud Nabi, 71, Naeem Rashid and his 21-year-old son Talha are among those now named.

Abdul Hamid, Khaled Haj Musatafa and Ashraf Ali also among those thought to be dead. 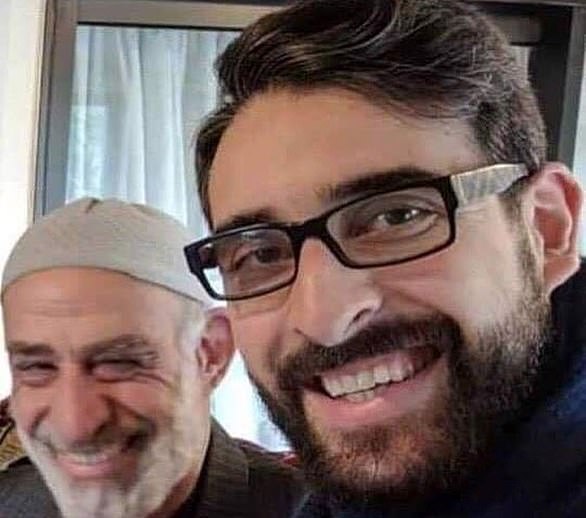 National-level futsal player Atta Elayyan (right) was reportedly killed on Friday. He is being remembered as an ‘inspiration’ 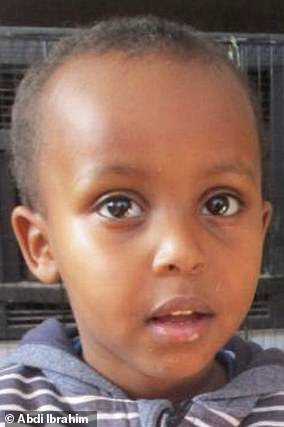 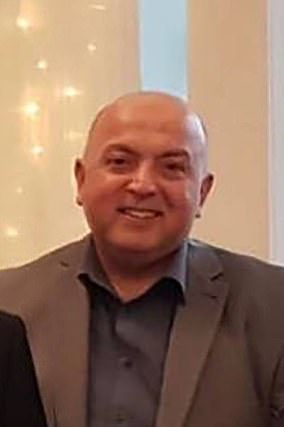 Three-year-old Mucad Ibrahim (left) was also named among the dead after he passed away in the arms of his father and brother, who only survived because he played dead. Cardiologist Amjad Hamid (right) was gunned down after moving to New Zealand 23 years ago because he wanted a better future for himself and his wife 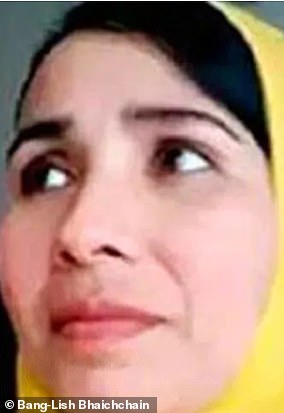 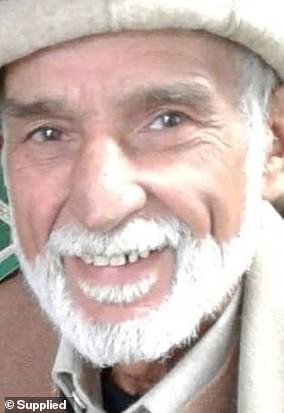 Also believed to be among the dead is Husna Ara Parvin (left), who was reportedly gunned down as she tried to save her quadriplegic husband from the shooter. Haji Daoud Nabi (right), 71, a father-of-five and retired engineer, moved to New Zealand from Afghanistan in 1977 and set up a new life as one of the ‘first Muslims in New Zealand’. He is thought to be among the dead in the Christchurch shooting 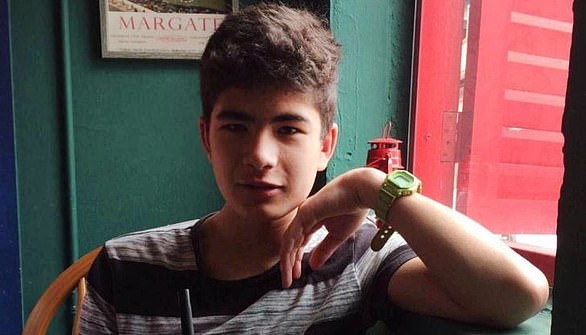 Cashmere High School student Sayyad Milne (pictured), 14, who was at Friday prayers when the shooting started, is believed to be dead. Although it’s not been officially confirmed, his father has spoken of his loss 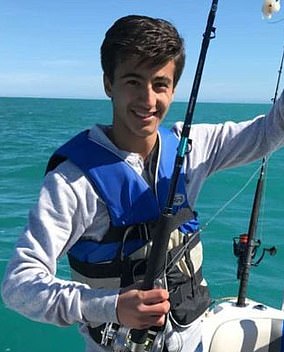 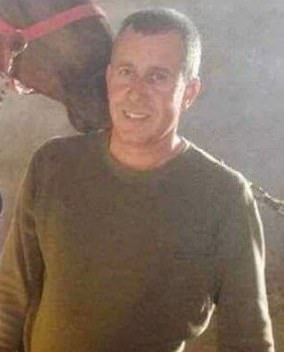 Khaled Mustafa (pictured) 44, was at the mosque with his sons and was later shot dead