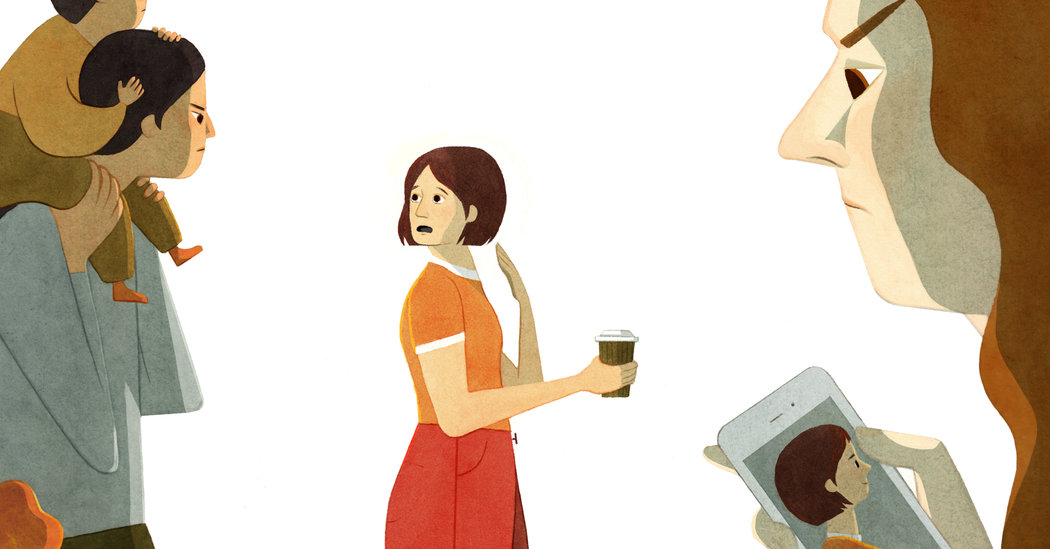 At this point you might be wondering, “What about the dads?”

Dr. Sarnecka, the cognitive scientist, has an answer to this. Her study found that subjects were far less judgmental of fathers. When participants were told a father had left his child for a few minutes to run into work, they estimated the level of risk to the child as about equal to when he left because of circumstances beyond his control.

I love the way this finding makes plain something we all know but aren’t supposed to say: A father who is distracted by his interests and obligations in the adult world is being, well, a father; a mother who does the same is failing her children.

Perhaps all this is beginning to change. In March, Utah became the first state to pass a law protecting “free-range” parents. Other states may soon follow. Lenore Skenazy, the founder of the Free-Range Kids movement, is the president of Let Grow, a nonprofit that helps parents, teachers and organizations find ways to support childhood independence and resiliency. And among mothers I know, there seems to be a slow-brewing backlash to the idea that we should let our lives be ruled by the twin fears of danger and of disapprobation.

I felt these fears every time I stood at a birthday party with 30 other parents, watching for two hours as our children played. I felt it at the park when, just at the moment I took out a book to read, my son stumbled and bumped his chin, and a woman began shouting, “Where is this child’s mother? Is this child being supervised?”

It was the everyday version of Ms. Harrell’s terrifying experience. In the video of her interrogation — aired on television news, for all to see — she cries while a male officer berates her, saying, “You understand that you’re in charge of that child’s well-being.”

As I write this, I am sitting on a bench in a residential neighborhood. It is a beautiful summer afternoon, but there are no children playing on the sidewalks. They are safe at camp, inside their houses, buckled into car seats, plugged into screens, never enjoying what the writer Mona Simpson called “the luxury of being unnoticed, of being left alone.”

Dr. Sarnecka once told me that children may not have the same rights as adults, but “they have some rights, and not just to safety. They have the right to some freedom, to some independence.” They have a right, she said, “to a little bit of danger.” And parents, I’d add, have the right to give it to them.

In the end I was lucky. The prosecutor agreed not to pursue charges in exchange for 100 hours of community service. My family and close friends stood by me. I was not placed on a registry of child neglecters. I didn’t lose my job. The truth is, I don’t feel that bad about what happened to me anymore. Instead I worry about all the ways our country seems to be at war with children, even as we insist our greatest responsibility is to protect them.

Kim Brooks is the author of the forthcoming “Small Animals: Parenthood in the Age of Fear,” from which this essay is adapted.