A mother-of-four has described her horror after discovering her sick autistic son was not on the plane after her family landed in Cardiff following a holiday in Greece.

But on arrival at Heraklion Airport for their return flight, Jack, who has autism, was taken away by a doctor after falling ill with a migraine and vomiting – and Mrs Purdy only realised he wasn’t on the plane when they landed in Cardiff. 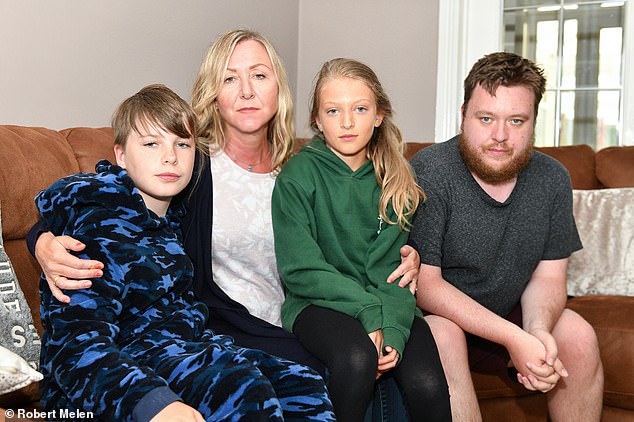 Mrs Purdy now wants compensation from TUI to ensure the ‘awful’ experience does not happen to anyone else.

On boarding the plane, the family noticed Jack’s assigned seat was unoccupied but were confident he was sitting in priority seating further forwards, Wales Online reported.

However, when the family went to collect their luggage, they realised Jack’s was missing and could not find him.

Mrs Purdy began a frantic three-and-a-half hour search for her son with the help of airport security as well as police and the British Consulate.

She then found out that he had not been put on the plane at all and was still in Crete without his passport, mobile phone or money. 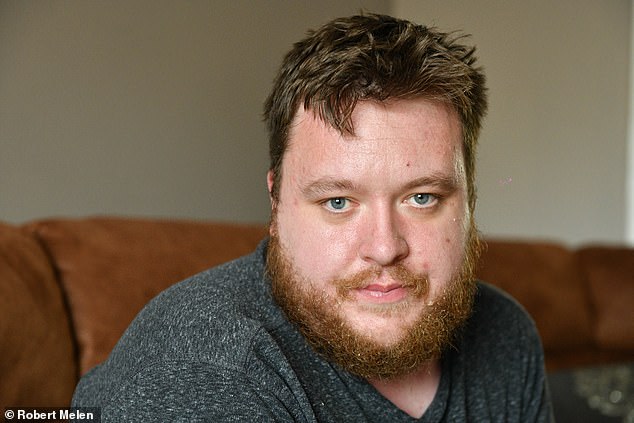 But on arrival at Heraklion Airport for their return flight, Jack was taken away by a doctor after falling ill with a migraine and vomiting – and Mrs Purdy only realised he wasn’t on the plane when they landed in Cardiff

Mrs Purdy said Jack was taken away by a doctor at Heraklion Airport after suffering a stomach migraine and vomiting violently.

‘The doctor came and took him and his boarding pass and said they would put him on the flight in priority seating,’ she told Wales Online.

‘I noticed he was not in his allocated seat, but we were right at the back. I thought he was sat further down the front, there was no reason he would not be on that flight.

‘I was perfectly oblivious and we arrived at Cardiff and went to get the luggage. We waited a while, and there was nobody left in arrivals or departures and I thought, where is my son?

The mother-of-four said she could ‘not believe it’ when she discovered Jack was still in Greece.

‘He must have been thinking we had all abandoned him. It was awful,’ she added.

Mrs Purdy, who booked the holiday following the sudden death of her husband in October, then asked TUI what they were going to do to get her son home.

Jack was taken to a hospital and given free medical care before returning to the airport on his own, where a TUI manager accompanied him on his flight home.

Mrs Purdy added her son was ‘tearful’ when he arrived home in a taxi from Cardiff airport.

The ‘livid’ mother wants TUI to compensate her family and ensure it does not happen to anybody else.

‘I believe TUI should compensate us and ensure it does not happen to anybody else,’ she said. 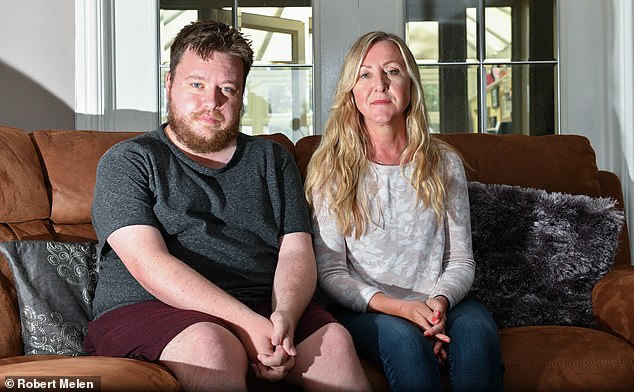 On boarding the plane, the family noticed Jack’s assigned seat was unoccupied but were confident he was sitting in priority seating further forwards. However, he had not been put on the plane at all

A TUI UK spokesman told Wales Online: ‘We are sorry to hear that Mrs Purdy’s son was taken ill in the airport lounge before his flight.

‘Once we were made aware that he had returned from hospital and was still at the airport we fully supported them by arranging both a flight back to the UK and onward travel home, covering the entire cost.

‘We were in direct contact with Mrs Purdy to keep her updated with the situation and have tried to make further contact following their return to the UK.’

Country singer Kylie Rae Harris is killed in car crash
Two teenagers arrested on suspicion of murder after boy, 17, is stabbed to death
Officers who were first to reach Sergei Skripal and daughter say something 'didn't feel right'
Meghan Markle says it's been 'deeply important' to work with communities as she launches Smart Set
Caroline Flack declares her life is 'complete' after posing for a cosy snap with Ovie
Queensferry Crossing is lit up in festive display... but at what cost to the taxpayer?
I'm A Celebrity: Anne Hegerty breaks down in tears AGAIN when the two camps unite
Hit-and-run driver injures worshipper and teenage boy after mowing them down outside a mosque