A man in his fifties from Maidstone has been shot dead in Cambridge Crescent, according to reports.

Another local man, also aged around 50, has been arrested on suspicion of murder.

Police were called to the area at around 10.43am this morning and emergency services also descended on the scene. 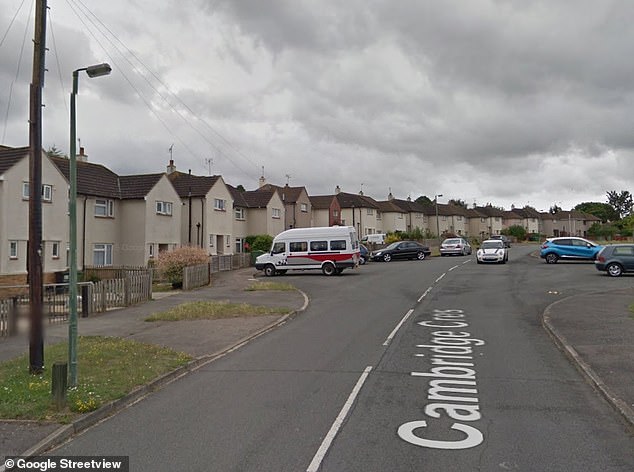 Police were called to Cambridge Crescent in Maidstone at around 10.43am today to reports of a shooting

A spokesman for Kent Police said: ‘We have arrested a man on suspicion of murder after another man was found reportedly shot in Maidstone

‘Our officers were called at 10.43am on Sunday 17 March 2019 to Cambridge Crescent where a man was found with a suspected gunshot wound.

‘The South East Coast Ambulance Service also attended the scene where the man in his 50s was pronounced deceased.

The man’s next of kin have been informed of his death. 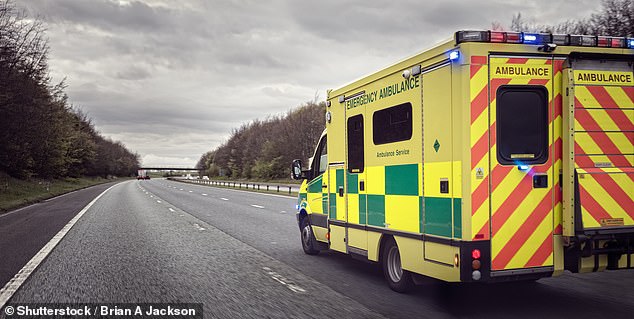 ‘A local man, also in his 50s, has been arrested on suspicion of murder. A firearm has been recovered by police.

‘Detectives from the Kent and Essex Serious Crime Directorate have launched an investigation to establish the circumstances surrounding the death.

‘Anyone who witnessed the incident or who has information that may assist the investigation is asked to contact our appeal line on 01622 604100 quoting reference 17-0574.

‘Alternatively contact the independent charity Crimestoppers in Kent anonymously on 0800 555 111.’

Virus triggers unrest across Africa: Riots break out in Johannesburg over food shortages
Trains are the least reliable for 17 years because of weather, staff shortages and signal failures
Bare-chested pensioner bangs spoon on pan as he joins #ClapforBoris
Captain Cook's Endeavour is BANNED from visiting a second New Zealand town due to Maori protests
Twitter is DOWN! Thousands are are unable to see tweets and are shown a 'Twitter is over capacity'
Sir Lenny Henry, 60, sheds three stone on vegetarian diet to play Jamaican plantation slave
Ex-British soldier flees back to UK from Turkey after being sentenced to jail
Doctor Who fans rave about Sunday night's Rosa Parks episode