A murder probe has been launched after the body of an 88-year-old woman was found in a back garden.

Police were scrambled to a home in Ainsdale, Merseyside, at 7.20pm on Monday after concerns over the pensioner’s safety.

The body of the woman – who is yet to be formally identified – was found at a property in Kenilworth Road, where houses sell for as much as £365,000. 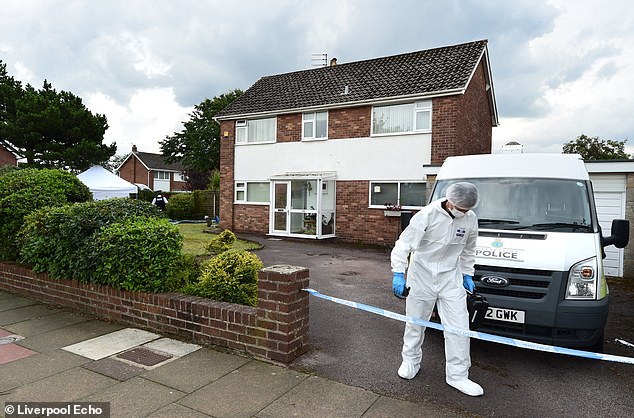 Police have launched a murder probe after an 88-year-old woman was found dead in the back garden of a property in Merseyside, pictured 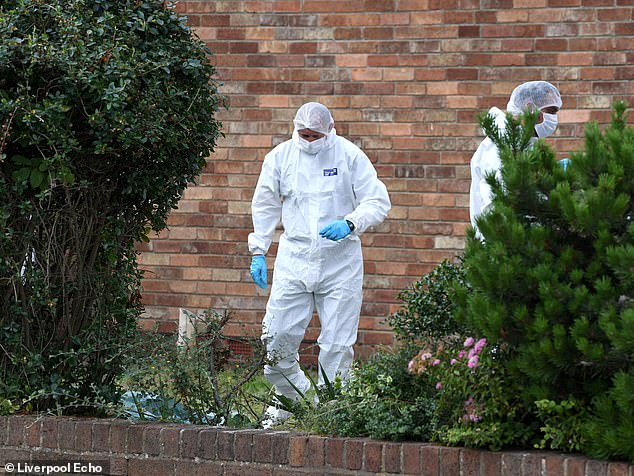 Forensic teams have been seen going in and out of the property and checking the garden, pictured

Forensic teams have since been seen going in and out of the property while sniffer dogs have also been brought on to the site.

Police said her death is currently being treated as unexplained and a post mortem will take place to establish the cause of death.

A 58-year-old man from Ainsdale was arrested on suspicion of murder and subsequently released under investigation and detained under the Mental Health Act.

A spokesperson for Merseyside Police said: ‘We are investigating following the discovery of a woman’s body in Ainsdale.

‘Officers attended a house in Kenilworth Road following reports of concern for the safety of an 88-year-old woman.

‘Officers were called at 7.20pm on Monday, July 29, and a search of the back garden was carried out, during which a woman’s body was found.

‘She has yet to be formally identified and officers are working to contact next of kin.’ 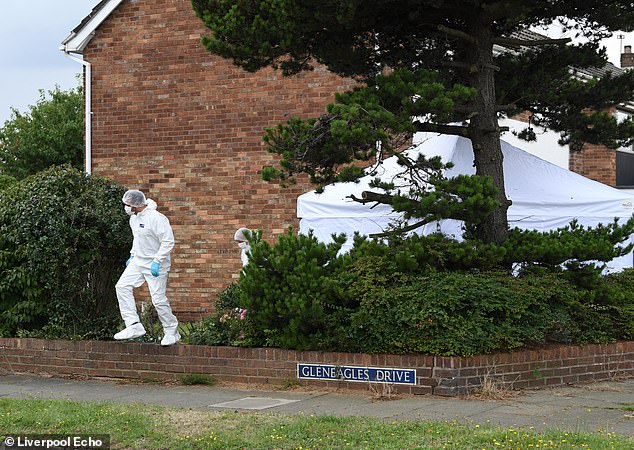 Officers have also set up a tent in the garden, pictured, as they continue to search the area 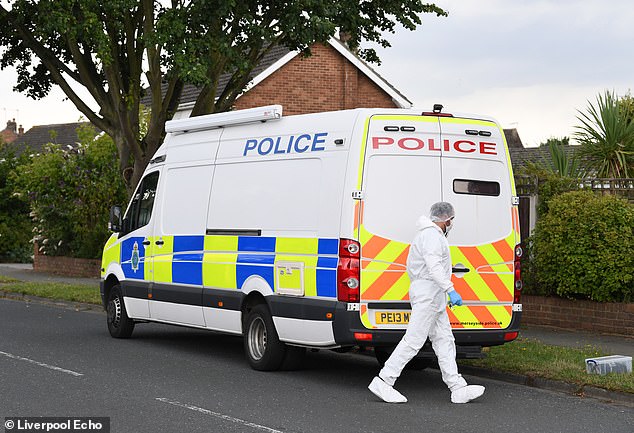 Police have arrested a 58-year-old man and detained him under the Mental Health Act. Pictured is a van at the scene