A father-of-four has shared heartbreaking photographs of his five-year-old in her hospital bed after she was left brain damaged in the Christchurch terror attack.

Wasseim Alsati was approaching the Al Noor mosque with his youngest daughter Alen, five, when the gunman walked out and shot them both on March 15.

Wasseim, who spoke exclusively with Daily Mail Australia about the terror attack and its aftermath, shared images of his young daughter in hospital surrounded by family and New Zealand Prime Minister Jacinda Ardern.

It comes as the loving dad calls for the alleged shooter to be given the death penalty. 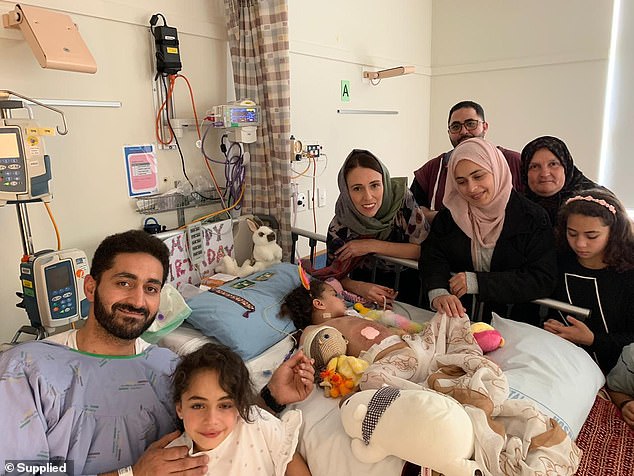 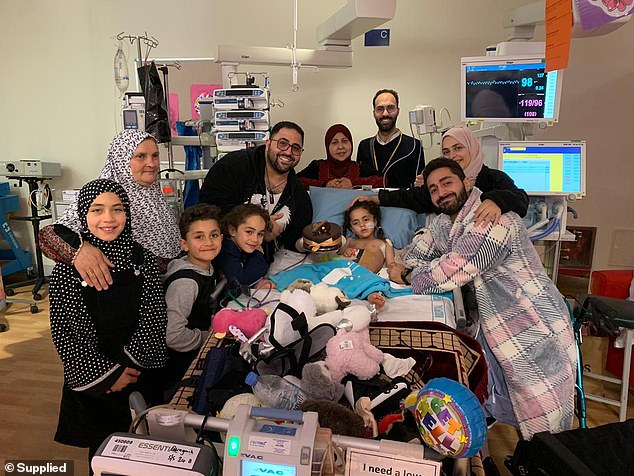 Mr Alsati was discharged from hospital over the weekend, but Alen is still recovering from brain injuries in Starship Children’s Hospital in Auckland.

Despite undergoing numerous surgeries, doctors are still unsure of the extent of Alen’s brain injuries.

Now, a month on from the attack, Mr Alsati, who owns a barbershop in Christchurch, has broken his silence about the day that changed his family’s life. 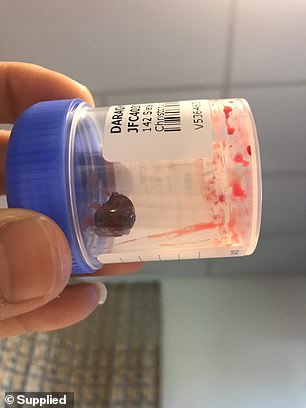 He said that he and others affected by the massacre are planning to petition the New Zealand government to change the law.

While nothing has been put in motion yet as some victims remain in hospital, Mr Alsati says there is a consensus among them that the shooter should be sentenced to death.

‘We are still recovering, people are still in hospital. But we all decide privately that we are going to ask the government for the death penalty,’ he told Daily Mail Australia.

‘The reason why he used New Zealand is because there is no death penalty. But with a case like this, we need the law to be changed.

‘We’ve been talking inside the community. We haven’t said much about it but we are looking to go out and ask for him to be hanged.

Mr Alsati says his stance is reinforced because he believes the suspect has shown no remorse and pleaded not guilty to the charges against him.

‘I don’t feel anything about him shooting me, I am really angry that he shot my daughter,’ Mr Alsati said.

‘I understand the hate against Islam, Muslims. But that doesn’t give anybody the right to shoot kids.

Recalling the day of the terror attack that claimed 50 lives, Mr Alsati says he at first, thought the gunman was a soldier – but realised that wasn’t the case when he pointed a gun at his young daughter’s head.

‘We were about 35 metres away from the mosque walking, hand in hand, beside each other,’ he said. 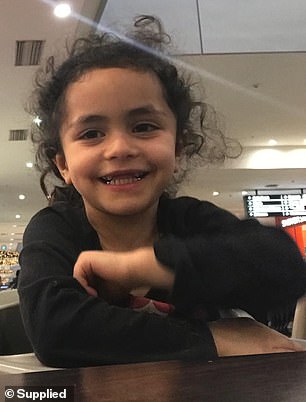 Wasseim Alsati was approaching the Al Noor mosque with his youngest daughter Alen, five, (pictured) when the gunman walked out and shot them both on March 15, shooting them both

‘He looked at my daughter, he launched his weapon and within a few seconds, I grabbed my daughter and I held her.

‘And I realised that he is not military and he was pointing to her head, so by the time I grab her, I hold the front of her T-shirt and by the time I pull her up, he shot her.

‘And then the second bullet, he shot her in the foot, in the toes.

Mr Alsati says doctors are still unsure if his daughter got hit by one or two bullets in her mid-section – but believe it may have been two because of the size of the gunshot wound. 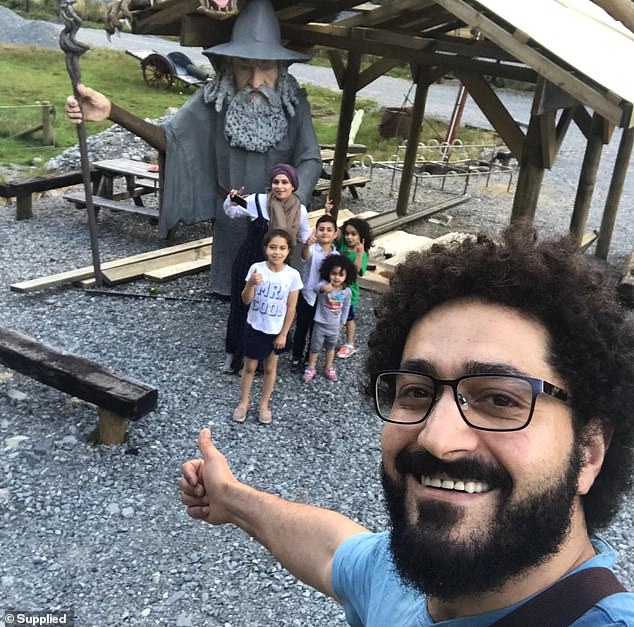 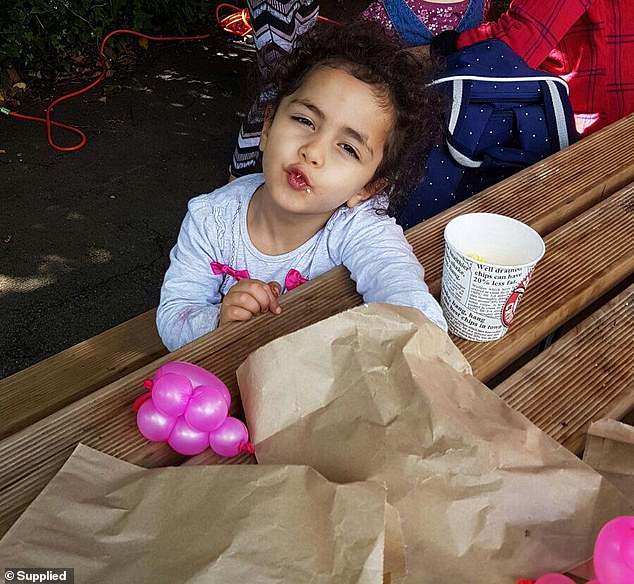 A month since then, his daughter is responsive and has said a few words including ‘Dad.’

He said: ‘My daughter, good news today, she respond to me.

‘I talk to her. She respond with yes and no. But she took a long time to understand the question or say a very small word.

‘Her mum said my name Wasseim and she said ‘Dad.’ And then she said yes for a question.

Mr Alsati says he and his wife are still unaware of the extent of Alen’s injuries.

And while Mr Alsati has been discharged from hospital, he still has a long road to recovery – and is also suffering from nightmares.

In his first days in hospital, he frequently woke up screaming.

‘Every time I woke up, I screamed, looking for my daughter,’ he said.

‘And I was crying and telling myself that I couldn’t save my daughter. 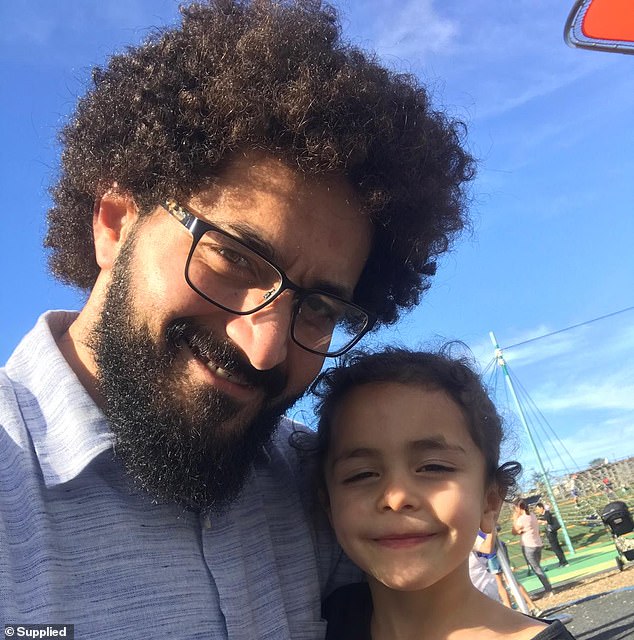 Mr Alsati (left), who has been discharged from hospital, says he and his wife are still unaware of the extent of Alen’s (right) injuries