Nail-biting footage shows a surfer clinging to rocks in rough waves being winched to safety by a helicopter.

The man was one of three surfers who became stranded at Mangersta on the Isle of Lewis yesterday afternoon.

A member of the public rang 999 after seeing them in trouble and HM Coastguard was called in to perform the brave rescue.

Tense video footage, captured from the helicopter, shows a winchman being lowered down onto the treacherous rocks and strapping the surfer to him.

They are then lifted to the safety of the shore, where he was reunited with his two fellow surfers who made it to dry land unaided.

The group did not suffer any injuries and were treated for shock on scene.

It is not clear what cause them to run into trouble. 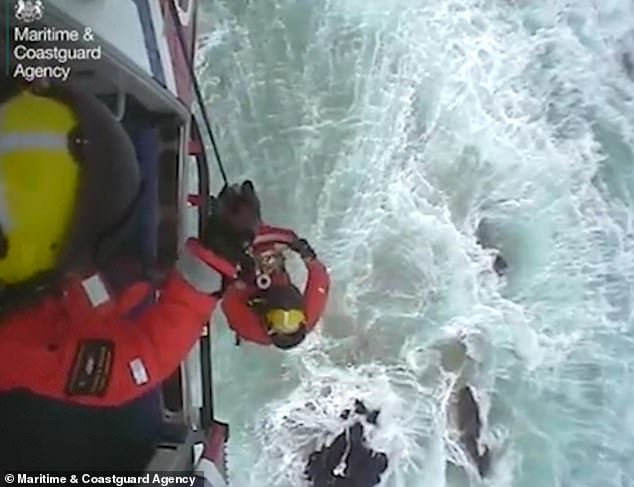 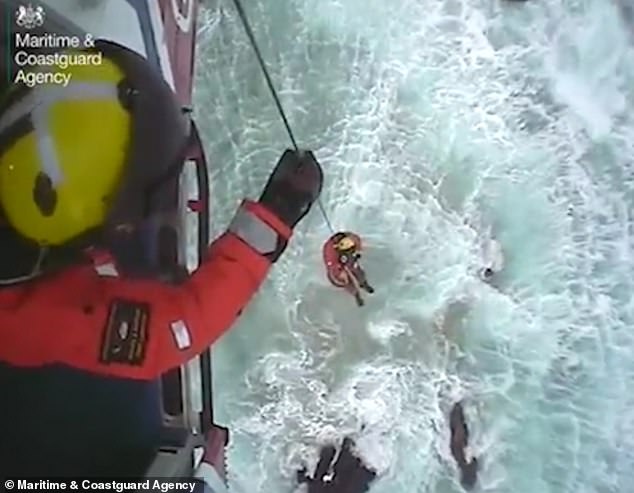 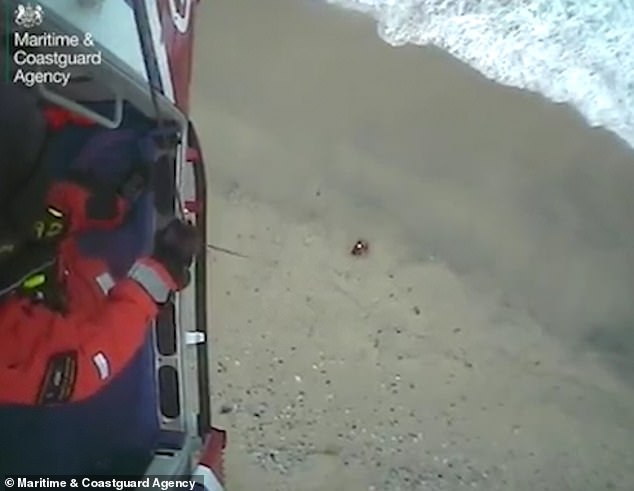 The surfer was reunited with his two fellow surfers on the beach. They had made it to dry land unaided

I'm A Celebrity: Nick Knowles is the SIXTH campmate to be voted off
Comic Relief suffers £8million drop in donations for Red Nose Day... is MP David Lammy to blame?
Government to consider 80mph motorway speed limit
Ex Blue Peter presenter Valerie Singleton begs singer Joan Armatrading to end rumours of affair
Earth was formed from chunks of rock being blown together in the early years of the solar system
Phillip Schofield makes his first TV appearance on Dancing On ice after coming out as gay
Wanderlust: Alan and Joy's bizarre sex scene in the toilet
Bros: After The Screaming Stops drives fans WILD as they compare it to The Office