IN its never-ending quest to send every ageing C-list celebrity in Britain on an exotic free holiday, television packed a group of mad women off to the Greek islands last week for some spiritual enlightenment.

Sexual enlightenment was on the agenda for a couple of them, as well.

First, though, the resident mind and body guru at a Taoist meditation centre in Naxos had some pertinent questions for the likes of Nancy Dell’Olio, Ingrid Tarrant and comedian Ninia Benjamin.

Blank looks all round.

Woman in red Nancy Dell’Olio may be lacking self-confidence…then again, she may not“No.”

What chance, then, for the viewers of ITV’s entertaining new travelogue show Our Shirley Valentine Summer, a film-related title that gives a fair explanation of what’s going on here, but then so does The HRT Locker and that’s a bit more current as well.

Generously described by narrator Stephen Tompkinson as being “at a crossroads in their life”, rather than a road to nowhere, we have eight of them searching for “inner peace, wisdom”, and the rest of the rainbow-chasing package.

As well as Nancy, Ingrid and Ninia, there’s Annabel Giles, Melinda Messenger, who’s a very closed book, Lizzie Cundy, who’s a very open one, Sian Lloyd (The Bo’ Selecta! years) and cleaning lady Aggie Mackenzie, who reckons she’s “In the third act of my life”, even if pantos traditionally only have two.

Melinda may be a Messenger, but she’s keeping things close to her chest on Shirley Valentine[/caption]

“Can these women conquer their fears?” Stephen wanted to know. ITV probably wouldn’t be screening it if they didn’t.

“And can they find love?”

Well, it certainly won’t be for the want of trying in the case of Sian Lloyd, for whom the word “fragile” might have been invented, and Lizzie “just another manic”

Cundy, who’s been hitting on pretty much everything in trousers, from the airport taxi driver onwards.

The main source of fascination and wonder, though, is Nancy Dell’Olio, “56”, who’s entered the turban-wearing years of her life but remains utterly convinced she is the most famous, glamorous and stunning woman on the planet, boldly declaring to camera: “Hive neffer blooked more blooty-full.”

Unfortunately, Annabel Giles thought Nancy had “neffer blooked” more like “Colonel Gaddafi”, and said it out loud, which went down about as well you’d expect.

Nor did the atmosphere improve significantly when Sian Lloyd asked Nancy: “Did you do anything special for your 50th birthday?”

Are you kidding, Sian? With war raging all over Europe? Of course she didn’t.

Annabel Giles may not survive her time on the show, having been less than discreet with her remarks about Nancy[/caption]

Judging by a promising-looking end-of-show trailer, the atmosphere sours further next week. Which is, frankly, exactly what this tired old format needs.

’Cos I’ve had an absolute bellyful of these shows, where semi-famous relics are packed off, quite often at our expense, on the holiday of a lifetime, in search of inner peace, wisdom, enlightenment and bloody well find it as well.

This is not what, I think, viewers want to see.

If we’re helping to fund their jolly, we want a lot of the things the opening episode of Our Shirley Valentine Summer provided.

“Do you have any special requirements in love making?”

A couple of torches — check. And she’s good to gO.

DEAF subtitle/visual image of the week

The Daily Politics, the brilliant Claire Fox from the Institute of Ideas: “Trump looks as if he’s been briefed by Katie Hopkins.”

“Trump looks as if he’s been breached by Katie Hopkins.”

QUIZ show mouth-breathers of the week

Try watching Love Island, where the second, third and fourth place play-off has been ongoing ever since it became apparent Jack and Dani were the obvious winners, about seven weeks ago.

Jack and Dani, the perfect TV couple – as long as there’s no lie detector test[/caption]

Put up with a hyperactive, burbling cretin who says “like” every sixth word?

Worst marketing idea of the century?

Good Morning Britain, Piers: “Shall we start selling Piers Morgan T-shirts?”
Susanna: “It depends, what are you going to put on them?”
XXL?

THERE is a special furnace in TV hell reserved for Britain’s dreadful, miserable, tedious soap operas during the summer months, so I’ll try to keep this latest EastEnders quarterly update as brief as possible.

Since the spring, from S Club 7 has replaced Blue’s Lee Ryan as the show’s single transferable pop star, Keegan’s near-fatal stab wounds have disappeared as miraculously as Kat’s life-changing fire scars, and Linda has confessed she’s: “Worried about the way Tina’s acting.”

Not as worried as the exec producer, obviously, who’s probably tearing his hair out at the way Luisa Bradshaw-White’s voice goes a bit posh whenever the script calls for heavy emotion.

But she’s still worried enough, because EastEnders is having its own #MeToo drama with nonce-finder general Stuart and a long-buried incident that’s so hideous Tina can only refer to it as: “This thing.”

I’m sure we’ll find out how this thing resolves itself, eventually.

In the meantime, if you’ve been affected by Tina’s storyline, there’s a helpline available for you and everyone who appeared in Bad Girls during the 1990s. 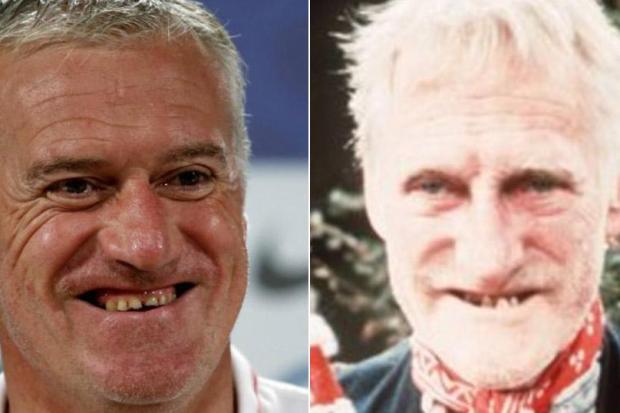 Sent in by Lee Bradford, via email.

Great TV lies, delusions and virtue signals of the week

Pointless Celebrities, B*witched’s Keavy Lynch, sister of Boyzone’s Shane, responding to the question: “Are all your family musical?” “Yes.”

Our Shirley Valentine Summer, Annabel Giles: “This is women at their best.”

The Big Narstie Show, posh-girl-slumming-it Thandie Newton: “I saw your show and I love it. This is the London I know. This is Britain for me.”

Thandie’s next TV appearance, incidentally, was in the royal box at Wimbledon. Keeping it gangsta.

Love Island bombarding us with too many contestants and outstaying its welcome by a couple of weeks.

ITV2 failing to action my “tyre-burning on the Gaza strip” idea for You Versus Chris & Kem.
Good Morning Britain’s inability to let an entire hour pass without a Remainer and Brexiteer shouting at each other.

And the smug mare off the VIPoo advert who appears to be s**tting giant black doughnuts and needs a gastroenterologist, not an air freshener.

Man Utd news: Jose Mourinho STILL odds-on favourite in sack race despite Newcastle turnaround
McDonald’s insider reveals you can always get fresh fries if you ask for no salt and you should NEVE...
Grime star Wiley will be sued by Jewish charity if he is not prosecuted for his anti-Semetic slurs
Coronavirus in Sport LIVE: Premier League split on restart, Norman Hunter passes away, EFL behind cl...
Man City stars pay for 26 personalised coaches to take fans to Wembley for FA Cup final vs Watford
Mrs Crunch’s colourful and nutrient-rich recipes to bring some sunshine into your family’s life duri...
Banning plastic could be ‘more harmful to the environment’ as packaging replacements could ‘triple g...
Katie Price clutches a huge makeup bag as she prepares for a late-night club appearance with Kris Bo...