A WHOPPING five asteroids will skim past Earth tomorrow, according to Nasa.

The space agency is calling the largest one 2019 TM7 and it’s estimated to be about the same size as Big Ben. 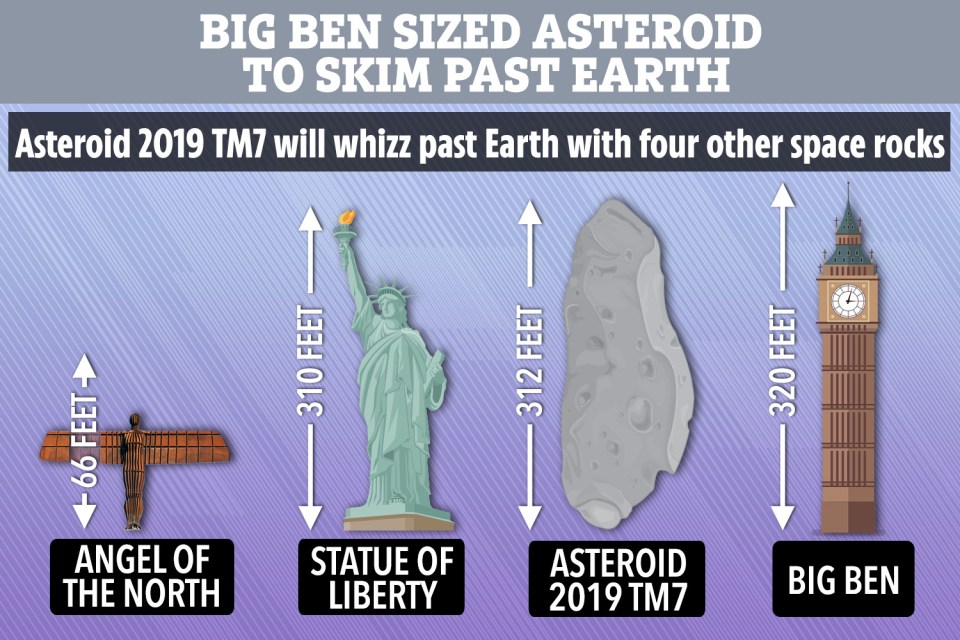 That’s practically the same size as the Elizabeth Tower, commonly referred to as Big Ben, which measures in at 320 feet.

The large space rock will come within 2.5million miles from Earth and will pass us at around 14:41 BST tomorrow.

Any fast moving space object that comes within around 4.65 million miles is considered to be “potentially hazardous” by cautious space organisations. 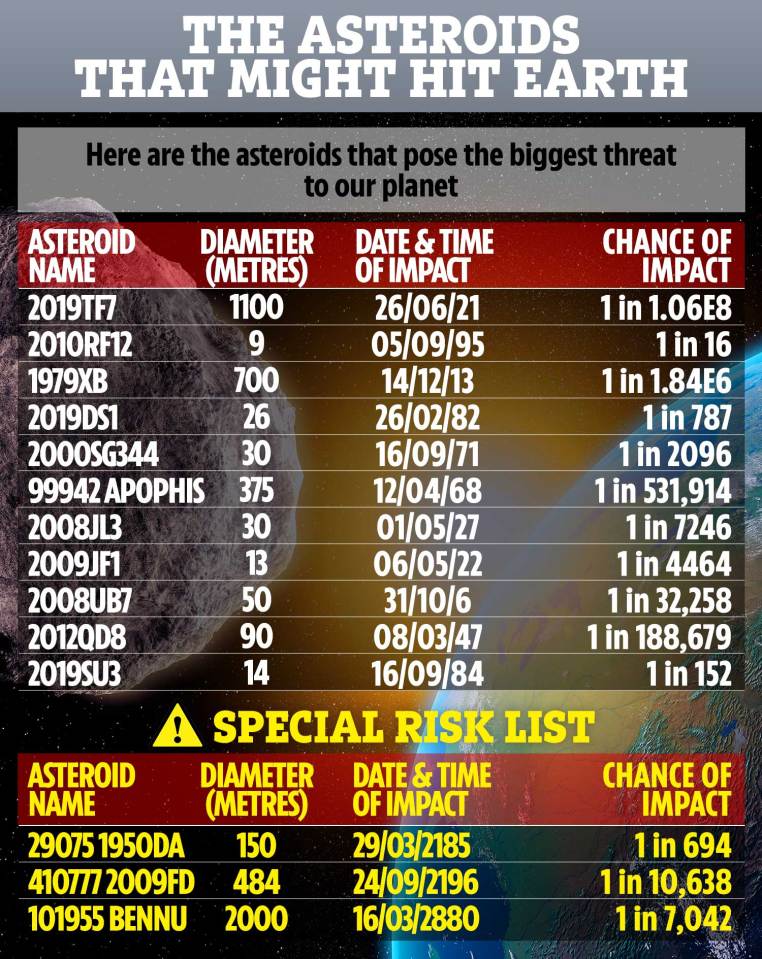 Therefore, Nasa regards this as a “close approach”.

The asteroid is five times bigger than the Chelyabinsk meteor, which exploded over Russia back in 2013.

Its impact smashed windows and injured more than 1,000 people.

Experts did not predict the impact, sparking concern that Earth could be surprised with a more devastating incident in the future.

Their sizes range from 31 metres to 59 metres in diameter.

The closest of the five approaches is predicted at 1.9million miles so there should be no need to panic.

What's the difference between an asteroid, meteor and comet?

Here's what you need to know, according to Nasa…

In other space news, an alien comet visiting our solar system is ‘like nothing ever seen before’, top scientists say.

Designs for the ‘first space hotel’ have been revealed and it’s as weird and futuristic as you would expect.

And, the race for the world’s first ‘space birth’ is now underway and could happen by 2031, according to experts.

Did you know the difference between a meteor and an asteroid? Let us know in the comments…