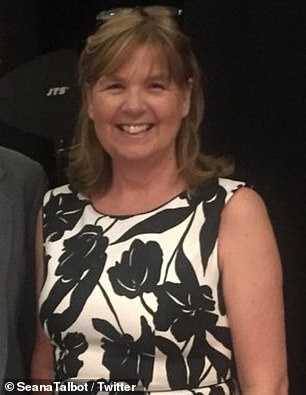 The president of the UK’s leading charity for new parents has resigned amid a shift in focus to mental health issues rather than breastfeeding and maternity support.

Seána Talbot was the elected president of the National Childbirth Trust (NCT) since 2017.

But earlier this month, Ms Talbot quit her role, saying the organisation was being taken in the wrong direction as it continues to put more of an emphasis on generic ‘parent support’ and postnatal mental health.

She also claimed there was a ‘profound lack of trust’ within the organisation amid a ‘culture of fear’.

Ms Talbot explained that while raising awareness about maternal mental health is ‘very important’, many other charities already campaign on the issue.

The NCT, therefore, shouldn’t divert their limited campaigning resources away from other, more controversial topics, such as breastfeeding in public, Ms Talbot told The Observer.

In her letter of resignation, she also said that the NCT was ‘no longer the “go-to” charity’.

‘Others have taken our place or, worse still, there is silence where women’s voices should be,’ she said.

‘I have now concluded that those responsible for NCT’s direction and strategy are determined to lead the charity in a direction I cannot support.’ 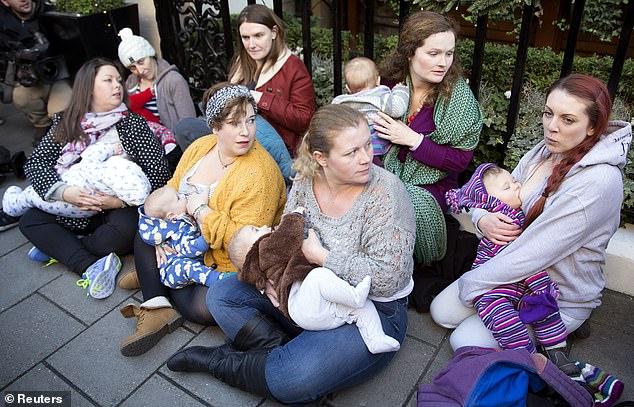 Demonstrators feed their babies during a protest in support of breastfeeding in public, outside Claridge’s hotel in London in 2014 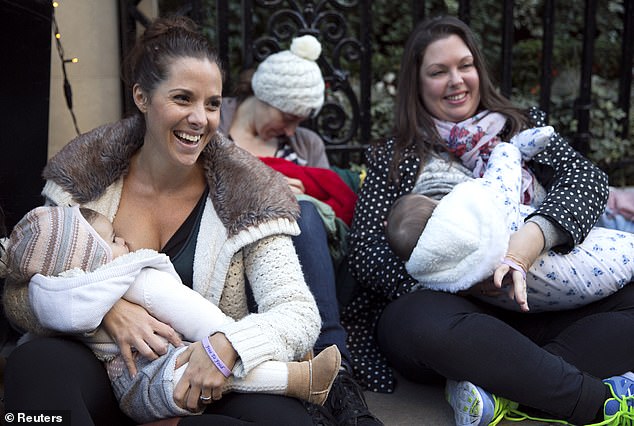 Ms Talbot said the charity was now reluctant to publicly support breastfeeding in media debates and on social media (pictured: Demonstrators in London feed their babies during a protest in support of breastfeeding in public)

Ms Talbot said the charity was now reluctant to publicly support breastfeeding in media debates and on social media as to not discourage new parents who formula feed from joining the group.

It is understood that 38 of the NCT’s practitioners have written to the organisation to voice similar concerns.

The former president said it’s vital support is offered to those women who want to breastfeed, adding: ‘The evidence is really clear that breast milk is better for babies than formula milk.

‘[There’s] this awful kind of fear of annoying anybody who didn’t breastfeed… Of course, we support all parents, but we know this group of women need additional support.’

Sam Grimstone, a spokesperson for the NCT, insisted that the charity had not changed direction, supporting mothers and families, ‘preparing them for birth and supporting them with feeding’ for 60 years.

She said: ‘I don’t believe we are moving away from that in any way. I think what we are trying to do is build on that and support parents after they’ve had a baby.’

However, she did admit that by publicly offering support to parents who formula feed, this could be seen as a change of direction by the NCT.

Ms Talbot was elected president after claiming she was pressured to resign as a trustee in 2016, following the death of a baby in a cot endorsed by the NCT, despite an inquest finding the charity was not to blame.

Jessica Figueras, the chairman of trustees for NCT, rejected Ms Talbot’s claims that there is a ‘culture of fear’ within the charity.

She told the Telegraph: ‘We want everyone to be treated with dignity, courtesy and respect and we will not tolerate bullying or harassment of any kind. We are not complacent and we treat any allegation of bullying with the utmost seriousness.’