Jumping in a taxi, we often have our own idea of the quickest route for the driver to take.

Soon, all we may need to say is ‘up’ – after the Business Secretary announced a £10million cash injection that will help pave the way to flying cabs.

Greg Clark said the money would go towards a series of projects that focus on how to regulate 15 plausible technologies of the future.

They range from airborne taxis to ‘robolawyers’ that use artificial intelligence to help streamline the legal services market. 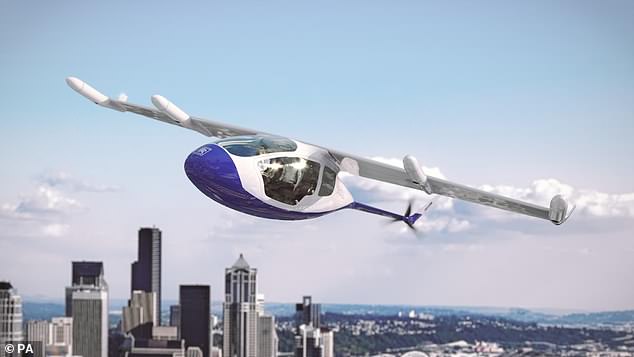 A flying taxi concept previously unveiled by engine maker Rolls-Royce. The hybrid vehicle could transport five passengers at speeds of 250mph for up to 500 miles without being recharged

Up to £1million will go to the Civil Aviation Authority to support a project to unblock legislative and regulatory barriers to innovations such as flying taxis.

And another £700,000 will be spent by the Solicitors Regulation Authority on research into how artificial intelligence could transform legal services for small businesses and consumers.

This project, dubbed ‘robolawyers’, will focus on growing the large but underdeveloped legal services market for small businesses and consumers, where experts believe AI and automation could revolutionise the industry.

Mr Clark’s ‘regulators’ pioneer fund’ will finance projects that use technologies of the future to improve efficiency in the public sector and that, over time, could save the taxpayer money.

He said: ‘The UK’s regulatory environment is recognised as being among the best in the world and through our modern Industrial Strategy we are building a business environment in which Britain’s dreamers, developers and disruptors can continue to thrive. 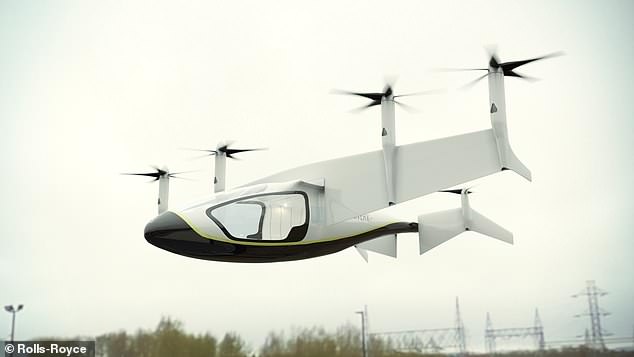 A flying taxi concept which has been unveiled by engine maker Rolls-Royce. Business Secretary Greg Clark said the money would go towards a series of projects that focus on how to regulate 15 plausible technologies of the future

‘These projects will further strengthen our regulatory system and ensure that it keeps pace with the innovation and technological advances needed to power our economy now and in the future.’

Tim Johnson, of the Civil Aviation Authority, said: ‘Innovation brings tangible benefits to the UK’s economy and to the many people and businesses that use our airspace.

‘The CAA recognises that it has an important role to play in facilitating innovation in aviation, and in doing so continue to focus on passenger and public safety and security.

‘We are delighted to have support from the regulators’ pioneer fund to advance this innovation agenda.

‘With its support, we will be able to give some innovators earlier guidance on proposals, allow more safe testing of new products and services and develop regulatory frameworks for emerging technologies.’

Speedboat killer granted the right to appeal his conviction, despite going on the run
Chrissy Teigen cheers on Luna as she smashes into a tiny chocolate pumpkin while baby Miles looks on
Commuters return to work to find train tickets have soared by £2,000 in a decade
Winning the lottery DOES make you happier after all, academics find
Drug-fuelled robber, 42, who killed off-duty PCSO days after prison release jailed for nine years
Man with Down's Syndrome 'wasted away and died during hospital stay'
Kirstie Allsopp hits out at friends who do not consider the 'horror of county lines drug dealing'
Germany's Angela Merkel marks the 30th anniversary of the fall of the Berlin Wall