A New York man has been arrested for trying to smuggle a handgun onto a plane by wrapping it in aluminum foil and placing it inside his checked bag.

TSA workers discovered the weapon hidden inside a DVD player in the suitcase when it passed through metal detectors and set them off at JFK International Airport in NYC on Saturday. The firearm wasn’t loaded.

TSA spokesperson Lisa Farbstein mocked the accused suspect on Twitter. ‘Want to travel with a gun,’ she tweeted. ‘I can assure you that wrapping it in aluminum foil and then concealing it inside a DVD player isn’t the way to go about it… C’mon man!’ 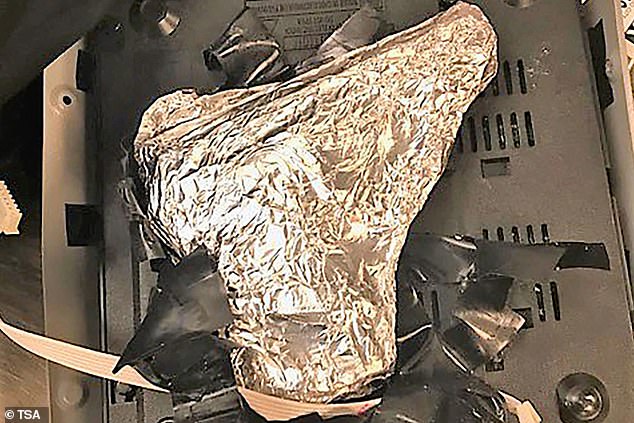 TSA officials arrested the unidentified man from Queens, New York, after he tried to smuggle a gun aboard a plane inside a DVD player inside a checked bag 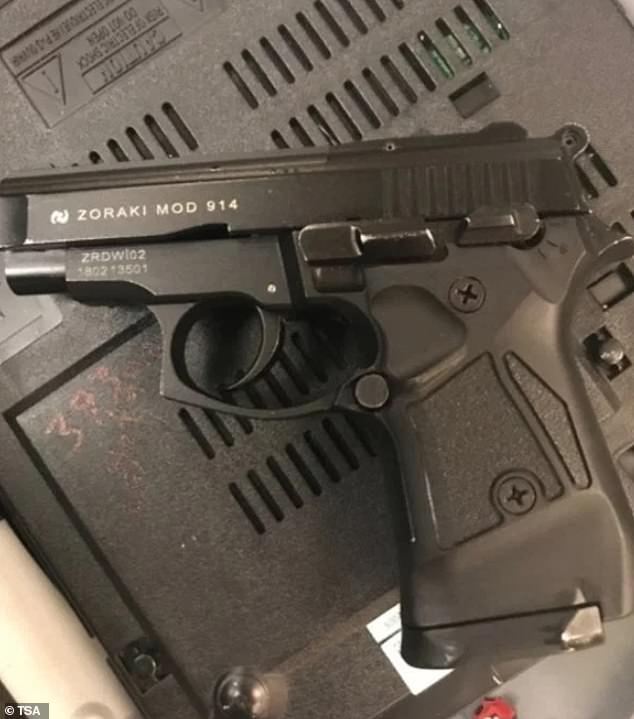 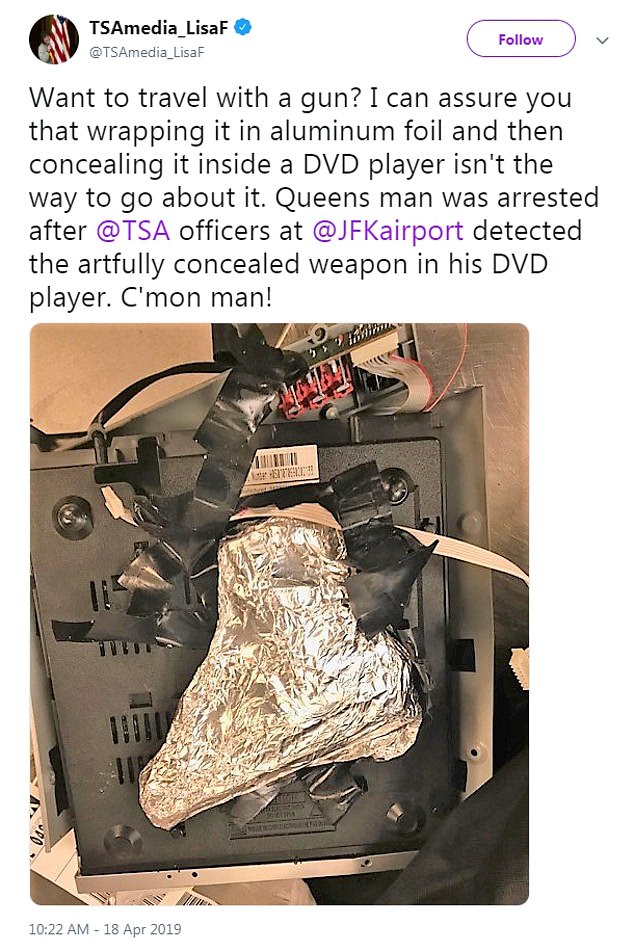 After TSA officials alerted Port Authority Police about the weapon, they tracked town the presumed owner at the gate waiting for his flight to Mexico.

‘Instead of catching his flight, the man was arrested and charged with weapons violations,’ the TSA said.

Lady Kitty Spencer appears to confess her love for Whistles tycoon in cryptic Instagram post
British actress who went to school with Kate Middleton reveals she was abused by Jeffrey Epstein
This Country actor Michael Sleggs, 33, reveals he is dying of cancer
Iceland boss says panic buying is FINALLY easing off but urges young people to come INTO stores
Nigel Farage is pelted with MILKSHAKE on European election tour
Former PM Theresa May refused to take part in a US operation to protect ships in the gulf
Underworld figure Mick Gatto's son Justin, 34, is found dead next to apartment in Melbourne's CBD
ROBERT HARDMAN visits Yorkshire - where Boris disastrously launched his election warm-up