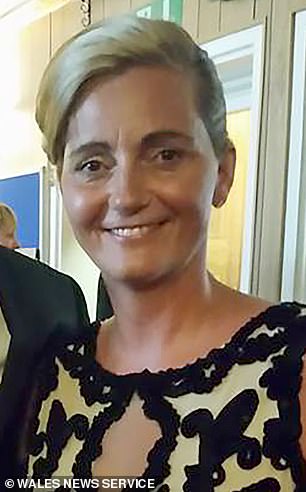 A nurse has been struck off for faking injuries to claim more than £16,000 in a ‘crash for cash’ insurance scam.

Nicola Bartlett, 50, told insurers that she suffered injuries in a car crash while working in the A&E department of Ystrad Fawr hospital near Caerphilly.

The NHS nurse managed to get £16,764 in compensation after saying another driver ploughed into her car and wrote it off.

But the crash was one of a series staged with the help of a local garage and Bartlett was one of five people later jailed.

She had previously pleaded to be allowed to return to work after being freed, claiming: ‘I possess a vast range of knowledge, skills and many positive qualities to offer the nursing profession.’

But a medical standards panel rejected her claims, finding she had damaged public faith in the profession.

Police became suspicious of her claim and investigated a garage which had written off her ‘damaged’ car. It revealed that Easifix garage in Newport, Gwent, had helped stage 28 fraudulent crashes to collect payouts totalling £750,000 between 2009 and 2011.

The garage fraudsters were caught out by their own CCTV cameras showing a Land Rover being deliberately driven into a forklift truck. 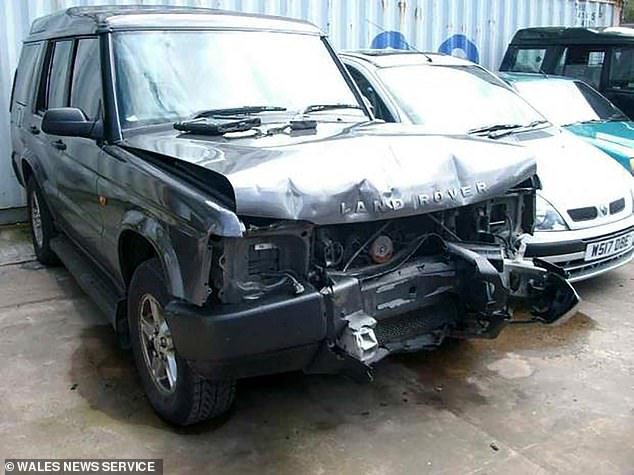 Bartlett also treated her father in hospital for injuries from another bogus crash and made medical notes.

A fitness to practice hearing was told Bartlett was dismissed for gross misconduct from Aneurin Bevan Health Board in August 2016.

Now a Nursing and Midwifery Council panel has handed Bartlett a striking off order – stopping her from working as a nurse for life.

Panel Chair Robert Barnwell said: ‘Mrs Bartlett’s actions were significant departures from the standards expected of a registered nurse, and are fundamentally incompatible with Mrs Bartlett remaining on the register.

‘The panel was of the view that the circumstances in this particular case demonstrate that Mrs Bartlett’s actions were serious and to allow her to continue practising would undermine public confidence in the profession and in the NMC as a regulatory body.’

Bartlett, of Bargoed, near Caerphilly, was jailed for one year at Cardiff Crown Court last year. 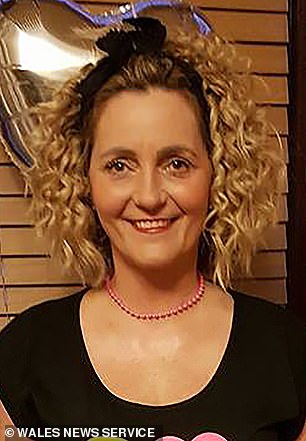 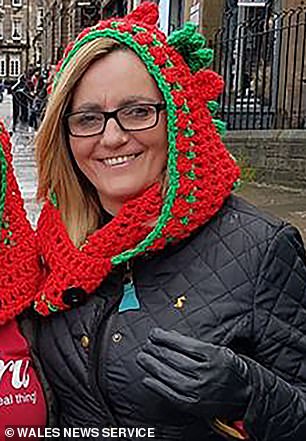 She was one of more than 150 people in Britain’s biggest ever ‘crash for cash’ insurance racket.

The family-run garage business netted £2million by conspiring with friends and relatives to swindle the insurance industry out of cash.

The family members helped stage fake car crashes for themselves and for others in order to make bogus compensation claims.

James Charles hits back at claims he 'tricked straight men into thinking they are gay'
Woman, 72, who kidnapped 14-year-old girl and 'watched as her husband raped her' released from jail
Seven dead and ski resorts evacuated amid avalanche fears as snowstorm hits Germany and Austria
From Olaf to Ursula! These are the UK’s most popular Disney-inspired baby names
Dog dies from a tropical disease in the first ever UK case
World leaders present air of 'intimidation' while Boris Johnson looks like a 'naughty schoolboy'
Meet the £5.5million NHS fraudsters who abused positions of trust within the medical profession
Prince Andrew resigns from his flagship Pitch@Palace project