Nine African-American workers at a General Motors plant in Ohio have filed a lawsuit accusing the automaker of turning a blind eye to racially charged incidents involving nooses, hate symbols and verbal abuse directed at people of color.

According to the complaint filed in late September, between March and May 2017, five nooses were discovered hanging from the ceiling at the GM Powertrain & Fabrications plant in Toledo.

The lawsuit is the latest in a series of bad news for the car maker, which announced this week plans to close three assembly plants by the end of next year, drawing the ire of President Donald Trump.

The complaint lists multiple examples of racial harassment directed at African-American staff, including swastikas, stick figures with nooses around their necks and ‘whites only’ signs painted on bathroom stalls; white workers wearing shirts emblazoned with Nazi insignia under their coveralls, and white workers telling their black co-workers to go back to Africa and calling them ‘boy.’ 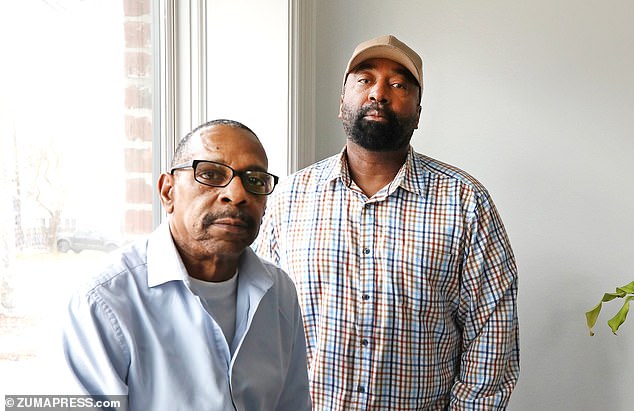 One of the nooses was suspended directly above the work station of Mark Edwards, an African-American employee who has worked for GM for 40 years.

‘I was startled, really startled by it,’ Edwards, who lives in Detroit and commutes every day to work in Ohio, told the Detroit Free Press. ‘I couldn’t understand who in my work area disliked me that much or had that much hatred to hang a noose by my job.’

His co-worker Kenny Taylor, who is also black, saw the noose that someone had left for Edwards on March 22. Now, both men are plaintiffs in the lawsuit claiming that GM has done nothing to address the culture of discrimination in the workplace and failed to protect its workers.

According to Taylor, who has worked for GM since 1978, expressions of racial hostility at the factory in Toledo were not limited to nooses.

‘When I’d go to the bathrooms, I saw Nazi symbols on the walls and “Hate blacks” and “Blacks shouldn’t be here,”‘ he told the paper.

In April of last year, Edwards said he was seated at a computer station when a white co-worker walked up to him, informed him that he was in his seat, called him the N-word and then pulled the chair from under him.

Both Edwards and Taylor, who witnessed the incident, reported what happened to their union representative and the plant’s human resources, but they say nothing came of their complaint. 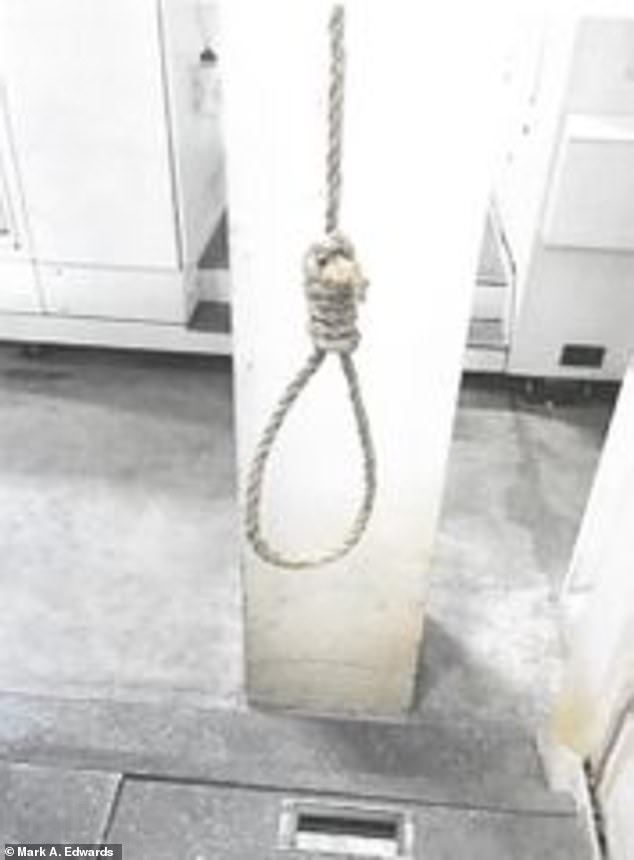 For Edwards, the alleged lack of action was nothing new: the veteran factory worker said he has endured racial discrimination for years without anyone in management doing anything to stop it.

GM has pushed back against Edwards’ version of events, saying it had workers at the Toledo plant undergo anti-discrimination and anti-harassment training following the noose incident last year.

‘Every day, everyone at General Motors is expected to uphold a set of values that are integral to the fabric of our culture. Discrimination and harassment are not acceptable and in stark contrast to how we expect people to show up at work,’ the car maker said in a statement. ‘General Motors is taking this matter seriously and addressing it through the appropriate court process.’

But according to the recently filed lawsuit, the harassment targeting black employees continued, including one instance in which a white plant worker reportedly threw a rope at a black colleague, which earned him a 30-day suspension. 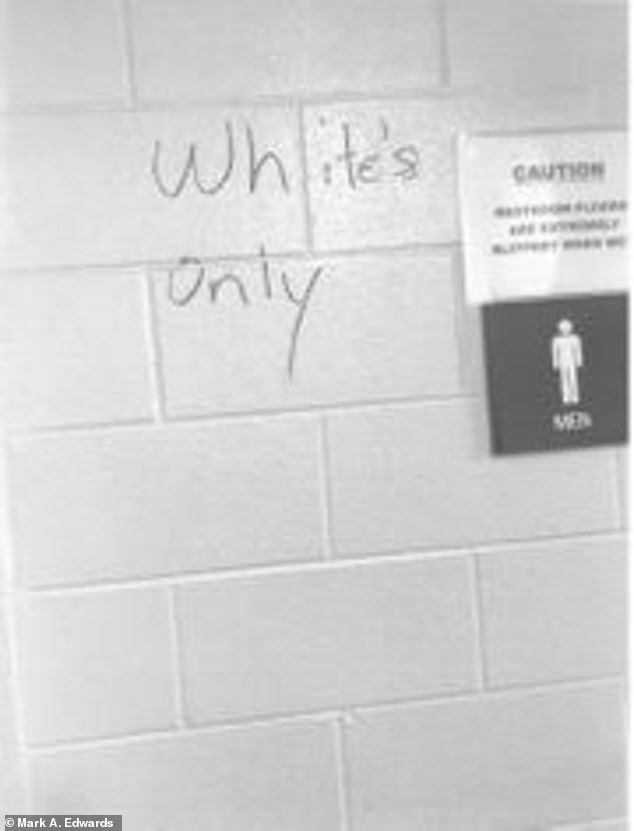 The complaint lists examples of racial harassment directed at African-American staff, including ‘whites only’ signs painted on bathroom stalls (pictured)

The lawsuit alleges that on one occasion, a white supervisor said during a meeting: ‘what’s the big deal about nooses? There was never a black person who was lynched that didn’t deserve it.’

GM officials told the paper that after the March 2017 noose incident, the company and the workers’ union together produced a memo saying that the automaker has a zero tolerance policy for workplace violence or harassment. The memo was given out to each of the plant’s 1,700 employees.

GM said it has taken a host of other steps to ensure that the work environment is ‘safe, open and inclusive,’ such as training sessions at multiple plants, employee meeting and newsletters. 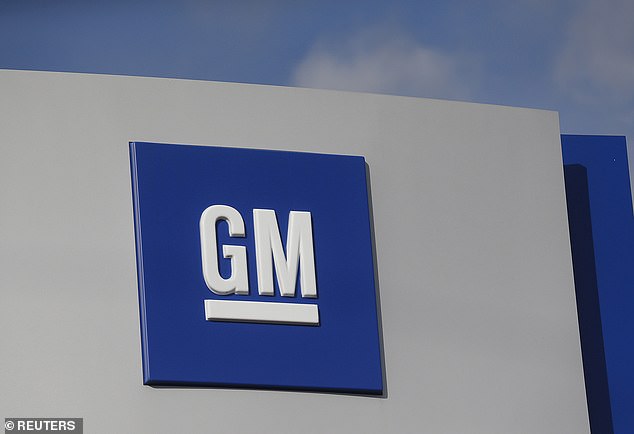 GM said that discrimination and harassment are unacceptable, and that the company has been conducting training sessions for staff

In March 2018, months before the lawsuit was filed against GM, the Ohio Civil Rights Commission found probable cause that ‘GM engaged in unlawful discriminatory practices and ordered the company to take immediate action in order to provide its staff with a work environment free of harassment and hostility.

A GM spokesperson said the automaker fully cooperated with the commission’s investigation but disagreed with its findings.

The lawsuit brought against the car maker seeks monetary compensation for lost wages and mental anguish, and also demands that GM fire employees responsible for creating a hostile work environment as a necessary step in overhauling the workplace culture.

The complaint also calls for the company to step up security at the Toledo plant and erase any racist graffiti.

Lost Tennessee couple drives for five days through three states
Jeremy Corbyn's anti-Semitism crisis deepens with leaked Labour documents
Radio showdown between the Royal Navy and Iran revealed
UAE swaps a British arms consultant at the centre of bribery scandal for Dubai princess
When baby monitors go bump in the night: are they picking up paranormal activity?
Oprah, Pence offer competing visions of 'Georgia values'
Ryanair faces 'enforcement action' over strike action
Now 21-year-old speaks out for the first time about being wrongly convicted for murder at age of 11