An NHS nurse who was told her London Marathon world record attempt did not count because she was not wearing a dress has been overturned.

Jessica Anderson finished the race last week with a time of three hours, eight minutes and 22 seconds – but she had been told her medical scrubs were not a proper nursing uniform, and she should have worn a traditional pinafore apron and cap to qualify.

Guinness officials told the NHS worker her scrubs were too close to the requirements for a doctor’s uniform, stressing the need to ‘differentiate between categories’, but Miss Anderson complained, saying she had ‘certainly never seen a male nurse wearing a dress to work’.

The record-keepers agreed to review their costume policy, and has now decided that Miss Anderson, who beat the existing record by 23 seconds and raised more than £5,000 for London-based Barts Cancer Institute, does qualify for the record. 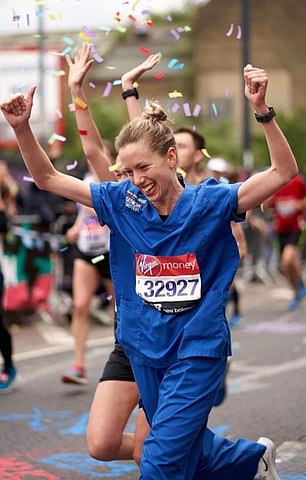 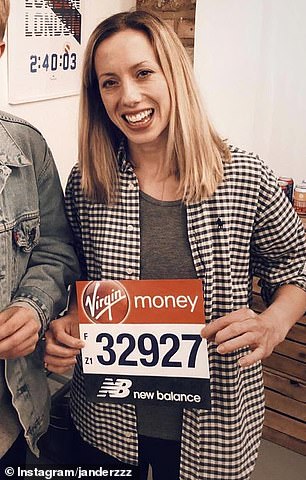 They said in a statement: ‘Our guidelines for running a marathon in a nurse’s uniform were out of date and reflected a stereotype we do not wish to perpetuate.

‘For that we apologise. We have now awarded Jessica Anderson the record for fastest marathon wearing a nurse’s uniform.’

Miss Anderson responded: ‘Thank you Guinness World Records! I’m delighted with your decision to review the criteria for this record.

‘For me the issue went beyond achieving a world record. I made a conscious decision to wear my uniform for the race, knowing that the record attempt wouldn’t be counted.

‘While nursing uniforms vary, one thing they have in common is that they are designed for professional women AND men who care for people in all sorts of ways across the world. I would have been doing a disservice to my profession if I had worn a fancy dress costume.

‘Thank you to all of my wonderful colleagues, friends, and family for your support. Not to mention the hundreds of nurses and people across the world who have got behind me. It means a lot.’

Miss Anderson, who works in the acute admissions unit at the Royal London Hospital, had previously said she was ‘taken aback’ when she read her time was rejected, adding that ‘it would be nice if they decided to revise their criteria instead of reinforcing old gender stereotypes’.

A spokesman for Guinness World Records had previously said inclusiveness and respect were values they held ‘extremely dear’. 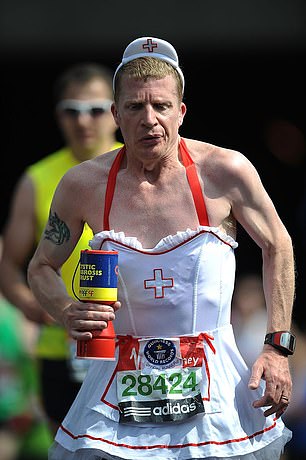 Samantha Fay, Senior Vice President at the organisation, said today: ‘Over the weekend it has become quite clear to Guinness World Records that our guidelines for the fastest marathon wearing a nurse’s uniform were outdated, incorrect and reflected a stereotype we do not in any way wish to perpetuate.

‘Having received the official timings from London Marathon this morning we are pleased to award Jessica with the Guinness World Records title for the fastest marathon wearing a nurse’s uniform for her attempt on Sunday 28 April (3 hours, 8 minutes and 22 seconds), and have notified her as such.

‘I want to take this opportunity to reassure everybody concerned that Guinness World Records is absolutely committed to ensuring we uphold the highest standards of equality and inclusiveness. Therefore, we unreservedly apologise and accept full responsibility for the mishandling of Jessica Anderson’s application.’

Ms Fay added that Guinness will no longer allow fancy dress clothing for the category – and will introduce guidelines ‘which reflect the clothes worn by nurses in the UK and around the world’.

She said: ‘The review of this category is the first review of each one of our 200+ marathon titles we will be conducting as a priority, to ensure we do not allow any costumes which bring a profession or any other subject into disrepute. Any we discover will be either amended to reflect modern standards, or deactivated.

‘Happening concurrently to this is a constant scrutiny of not just marathon record titles, but all of our record titles, as we continue to strive to ensure we create, monitor and catalogue record-breaking feats which truly reflect the world we live in today.’