ANAHEIM, Calif. (AP) – Shohei Ohtani hit a tiebreaking homer in the eighth inning, sending the Los Angeles Angels to a 3-2 victory and a three-game sweep of the Texas Rangers on Wednesday night.

Ohtani had an early RBI single before he connected off Rangers reliever Chris Martin (1-5), his former teammate in Japan with the Hokkaido Nippon-Ham Fighters. The two-way rookie went the opposite way for his 22nd homer of the season, bouncing it off the top of the left-field wall.

Taylor Ward also homered for the Angels (78-81), who need three more victories in their season-ending series with Oakland to avoid having three consecutive losing seasons for the first time since 1992-94.

Adrian Beltre and Jurickson Profar homered for the Rangers, who have lost four of five and eight of 10.

Andrew Heaney struck out 10 and yielded two runs over seven innings in a strong finish to the Angels left-hander’s first full season back from Tommy John surgery.

After making just six starts in the previous two years, Heaney was the only consistently successful starter in Los Angeles’ injury-wracked rotation this season. He became the first Angels left-hander to surpass 175 strikeouts since C.J. Wilson did it in 2013, and his 100 pitches against the Rangers were the most by any Angels pitcher since July 22. 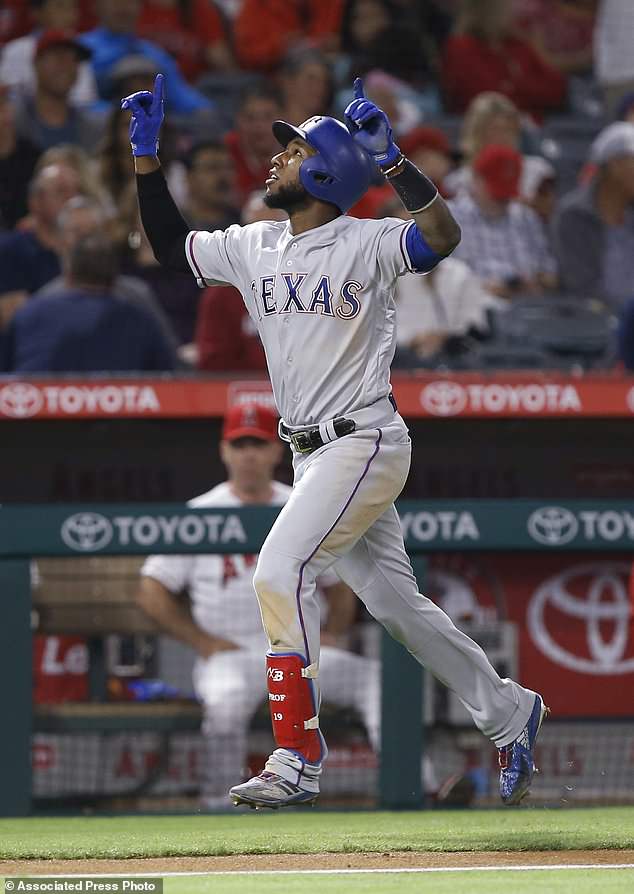 Texas Rangers’ Jurickson Profar points to the sky as he nears the plate after hitting a solo home run against the Los Angeles Angels during the fifth inning of a baseball game in Anaheim, Calif., Wednesday, Sept. 26, 2018. (AP Photo/Alex Gallardo)

Jose Alvarez (6-4) pitched a perfect eighth inning in his 76th appearance of the season for the Angels, matching the second-most appearances in franchise history. Scot Shields holds the Angels record with 78 appearances in 2005.

Jim Johnson pitched the ninth for his second save.

Justin Upton doubled for the Angels’ first hit in the fourth inning and promptly scored on a single by Ohtani, who has driven in runs in three consecutive games. Ohtani has 59 RBIs in his rookie season.

Yohander Mendez yielded three hits and four walks while pitching into the fifth inning of his fifth big-league start for the Rangers.

Beltre crushed his 15th homer of the season over the ficus trees in center field in the second inning, giving him eight homers in September during a fitting finish to what could be the final season of his remarkable career.

The RBI was the 39-year-old Beltre’s 1,704th, moving him even with Frank Thomas for 22nd in baseball history. He has 48 homers and 168 RBIs against the Angels, both tops for any opponent in his career.

Beltre hasn’t decided whether to play again next season, but he got a warm send-off from his Dallas-area fans last weekend just in case.

Profar connected for his 20th homer in the fifth inning, but Ward answered in the bottom half with his third homer.

Rangers: SS Elvis Andrus was shaken up in the fifth inning when he broke his bat and hit himself in the back of the head with the barrel on his follow-through. Andrus didn’t really run to first while he was thrown out, and he walked gingerly back to the dugout, but stayed in the game.

Angels: After a day off, the Angels will open their final series of the season at home against the Oakland Athletics on Friday. Neither team has announced a starting pitcher. 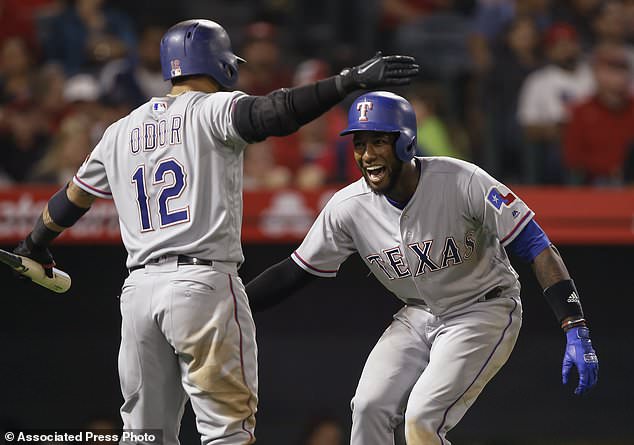 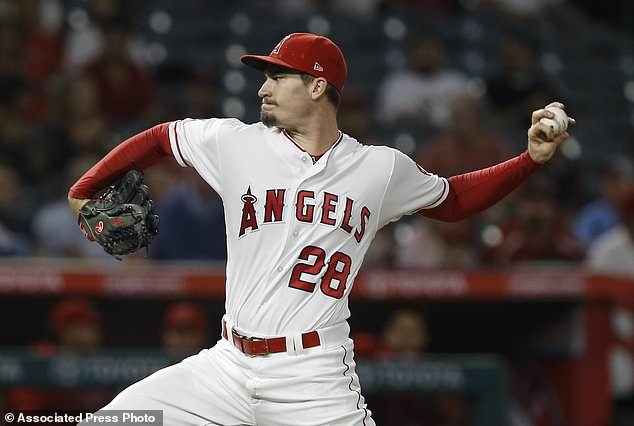 Greater Manchester Police arrest two men as they crack down on illegal raves
US trial for 'El Chapo' set to begin next month
Boris Johnson vows NOT to extend Brexit transition period past December 2020
See you on the far side of the moon: NASA orbiter captures first look at
British family are trapped in Geneva after five of them leave their passports on flight
Clare Balding demands BBC reveal how much £1.75m-a-year Gary Lineker gets paid per hour
White Island volcano death toll reaches 17 after victims dies in hospital
Misha Nonoo sat Gayle King at the head wedding table, was serenaded by Paul McCartney and Mikey Hess