Orange Is The New Black is coming to an end.

Netflix announced on Wednesday that the upcoming seventh season will be the last.

In a post titled ‘Warning: This may make you cry. The Final Season, 2019. #OITNB’, it shared a video of the cast breaking the sad news. 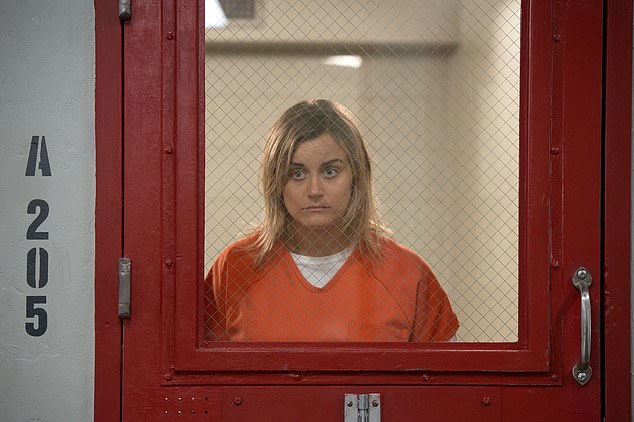 Fade to black: Netflix has announced that Orange Is The New Black to end with the upcoming seventh season

Taylor Schilling, Laura Prepon, Uzo Aduba and Kate Mulgrew joined their cast-mates for a touching minute-long clip thanking the fans, praising the show, and promising to go out with a bang

‘The final season is coming,’ said Schilling, who plays protagonist Piper in the groundbreaking prison series. ‘Thank you so much for all of your support.’

‘I’m going to miss playing and living on the edge of one of the most groundbreaking, original and controversial series of this decade,’ added Mulgrew, who plays Red.

Prepon chimed in: ‘The final season of Orange, but the one thing is our relationships will continue after the show.

Uzo’ Crazy Eyes’ Aduba declared: ‘I’m so grateful for the fun times, the knowledge, the friendships, the love, the family that we have created together.’

Police respond to reports of a knifeman trying to hijack a plane in Amsterdam
Muslim woman wins praise for stopping man who was unleashing abuse at Jewish family on tube
Police arrest two men on suspicion of attempted murder
Five Stephen Lawrence suspects ‘have been handed £800,000 in legal aid since the murder in 1993’
Sydney teen misses two years of school over video game addiction
Former BBC boss Michael Grade will lead a probe into the £1bn taxpayer cost of problem gambling
Quarter of Scotland's coronavirus deaths have been in care home
SNL takes on Kavanaugh with a furious Matt Damon taking on the role of the embattled SCOTUS pick