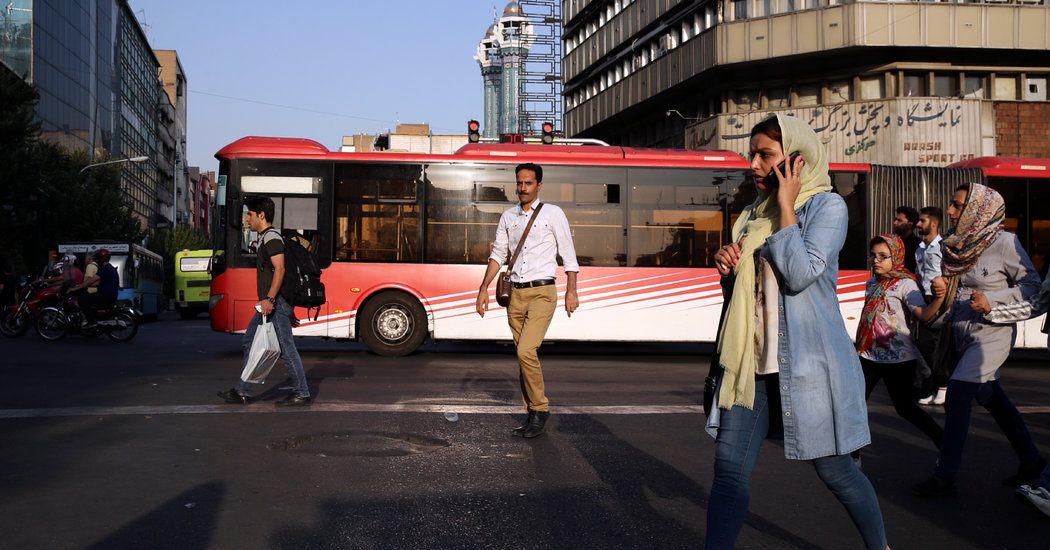 “This Trump has many complexes and he is not interested in compromise, so talking to him might mean we end up losing even more,” Mrs. Bagheri stated. “I just want a better life for our people.”

The financial issues, mixed with dozens of corruption cases which have uncovered high-level greed, have made it tough for Iran’s leaders to persuade those who speaking to the United States is a nasty possibility, one thing supreme chief Ayatollah Khamenei highlighted in a speech two weeks in the past.

“Of course Trump is manipulating our people by calling for talks,” stated Nader Karimi Joni, a journalist and activist important of Iran’s authorities. “He knows our leaders will decline. For ordinary people in Iran, it doesn’t matter whether Trump can be trusted, is crazy or even is serious about really negotiating. They just hear Trump wants to talk and our leaders don’t.”

Iran’s management has been attempting to point out the look of unity, and has taken on a defensive posture. Faced with the unpredictable Mr. Trump, each President Rouhani and a number of other commanders warned that they might shut the Strait of Hormuz, a key passageway for international oil visitors, at any time when they like.

But not all people believes that might accomplish a lot.

“Let’s face it,” stated Reza Asghari, a 50-year-old businessman. “We can’t really close off the Strait without inviting U.S. military action. In fact, we can’t even make preconditions for direct talks. Who are we to do that? We need jobs, not more tension.”

Rumors are swirling throughout Tehran that secret talks with the United States have already begun. On Friday the international minister of Oman, the Persian Gulf sultanate that hosted the secret conferences between Iranian and American officers that led to the nuclear talks, might go to Tehran. The minister, Yusuf bin Alawi bin Abdullah, was in Washington final week.