The Eurovision Song Contest has sparked fury among both Muslims and Jews as competitors head to Tel Aviv for Saturday’s contest.

Ultra-Orthodox rabbis have complained that the musical showpiece will ‘desecrate’ the Jewish day of rest.

While the competition in Tel Aviv will not begin until after the Sabbath ends at sundown on Saturday, rehearsals and production preparations are expected to take place earlier in the day.

On top of that, Muslim worshippers at a mosque in Tel Aviv have voiced concerns over a ‘Eurovision Village’ pavilion which they say is disrupting Ramadan. 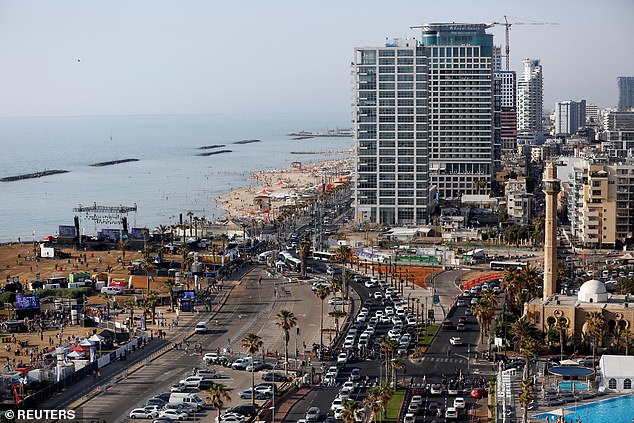 The Hassan Bek mosque (right) is seen opposite the Eurovision Village, an area dedicated for fans of the 2019 Eurovision Song Contest, in Tel Aviv 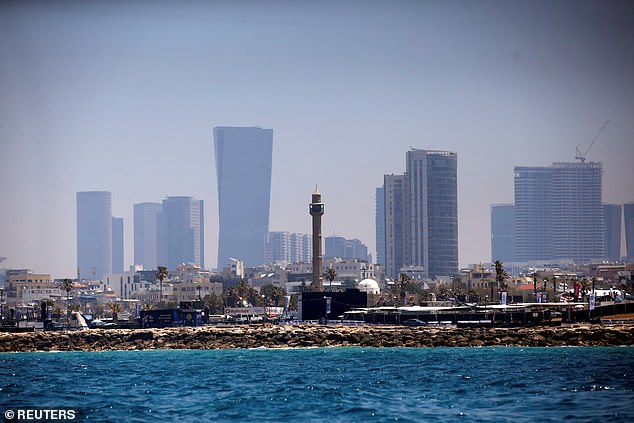 ‘[The pavilion] is in the wrong place because it is close to the mosque,’ said worshiper Sa’d Abu Zakariya.

‘When we pray inside there is no feeling of solemnity because of the sound … We stand here and we can hear the noisy songs.’

Mohammad al-Akra, a Palestinian labourer from the occupied West Bank who prays at Hassan Bek, said people were throwing parties ‘where people drink alcohol and everything’.

‘Because of the noise we close the windows and doors,’ said Abed al-Kareem Mohammad, another worshiper.

The ultra-Orthodox rabbis called for prayer in response to the expected desecration of the Jewish holy day of rest. 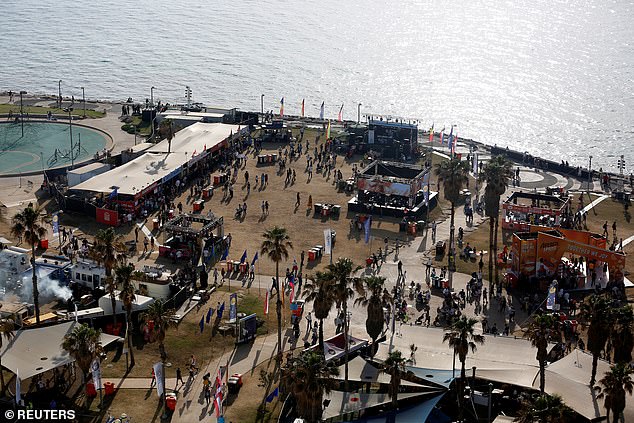 The Eurovision Village is seen from above in Tel Aviv. Muslim worshippers have complained about the noise and drinking there 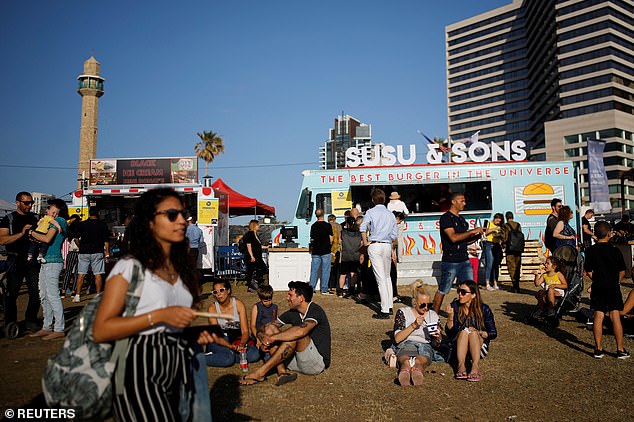 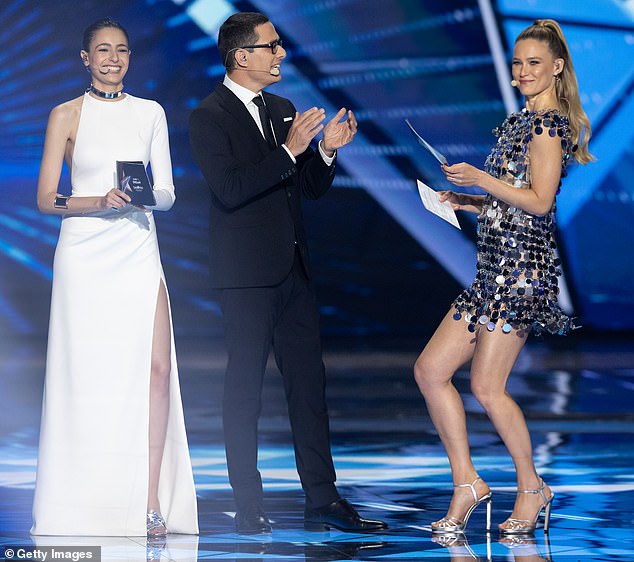 ‘They are also forcing many Sabbath-observant Jews to work on Saturday, and we can’t foil their scheme, and this (desecration) is a danger to our presence here in the Holy Land,’ the 91-year-old spiritual leader said in the letter circulating on religious media.

‘We must call out and intone and beg God to protect us,’ Kanievsky said, calling on followers to convene in synagogues and religious colleges at midnight on Friday ‘for prayers and saying atonements and asking for mercy’.

On Tuesday, Prime Minister Benjamin Netanyahu assured the leaders of ultra-Orthodox political parties that Eurovision was an international event ‘not controlled by the government’.

‘The Israeli government does not seek to desecrate the Sabbath, and most of the participants in the event are from abroad and not Jewish,’ Netanyahu wrote in a letter to them.

Netanyahu is currently in negotiations, including with ultra-Orthodox parties, to form a new governing coalition following a general election last month.

He is facing a May 29 deadline to form a new government.

The Sabbath was said to be one of the reasons Eurovision organisers and Israeli hosts decided against holding the event in the religiously conservative city of Jerusalem.

Prince William drives Kate and George, Charlotte and Louis home after Queen's Christmas lunch
The four-star general who would command the US if coronavirus cripples the government
Rivals to the death
Married cricket official and father-of-three, 52, quits job at Lord's
Hampshire Police launch appeal after seven-year-old Southampton fan was struck by gas canister
Security failures let man with teddy bear strapped to his chest drive AROUND US air base barriers
Prince Charles will open new NHS Nightingale Hospital via videolink today
Manuka honey could have lost its healing powers before you get it home, scientist warns