BRITISH soldiers are heading to the front line in the world’s most dangerous peacekeeping mission.

More than 250 ground troops will penetrate deep into lawless regions of war-torn Mali.

The unit will operate behind enemy lines, using force if necessary to defend innocents.

United Nations commanders called it the “tip of the spear” for a peacekeeping force numbering more than 13,000.

Since 2013, 150-plus UN troops have been killed in Mali as jihadis and nationalist rebels ravage the nation and climate change turns land into desert.

More than 600 locals have died in fighting so far this year.

Huge areas of the ex-French colony — which is twice as big as France — are run by militias and the government has begged for help.

The crisis is driving migrants towards Europe.

After addressing troops in the Malian city of Gao, Ms Mordaunt said Britain had “a direct interest to ensure peace and security in the region” and help stem the migration.

‘TIP OF THE SPEAR’

UN commander Lt Gen Dennis Gyllensporre of Sweden said Our Boys and Girls “will go out to different areas where we suspect there might be a threat. They will be the tip of the spear”.

The deployment next year marks a change in Britain’s international outlook post-Brexit.

Before the War on Terror our troops were the first choice for perilous UN missions.

Lately Britain has restricted itself to contributing cash, medical and logistical support.

Horrifying screams as driver mows down crowds at graveyard ceremony

Ms Mordaunt said: “I think the British people want us to have a global role. I don’t buy this, ‘We’re not a great nation, we’re not a global nation’.

“We are, and part of that means stepping up and doing these things.

“Our Armed Forces are professionals and I think they’re the best in the world.”

The unit will operate behind enemy lines, using force if necessary to defend innocents[/caption]

Ms Mordaunt said: ‘I think the British people want us to have a global role’[/caption] 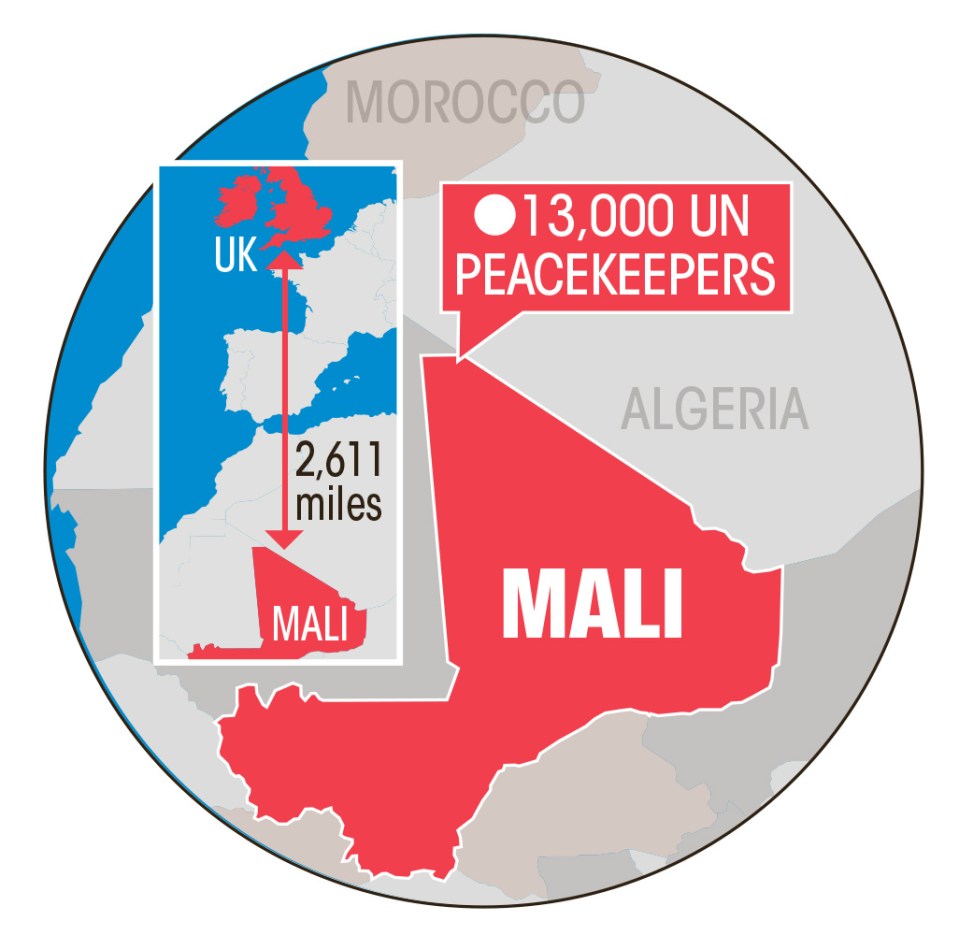 MPs back laws to protect vets

NEW laws can and should be brought in to protect forces veterans from legal witch-hunts, a powerful group of MPs says.

Legislation, such as a qualified ten-year limit on bringing prosecutions, is open to a “resolute and determined” Government, the Defence Committee argues in a new report.

It would stamp out the “greatest injustices” faced by veterans pursued through the courts over actions in combat years or decades ago.

Committee member and former soldier Johnny Mercer said: “I and others expect the next Prime Minister to end this ridiculous charade and legislate to prevent abuses of the legal system by those who seek to rewrite history.”

Defence Secretary Penny Mordaunt is today launching a public consultation on a draft law which will shut the door on some prosecutions.