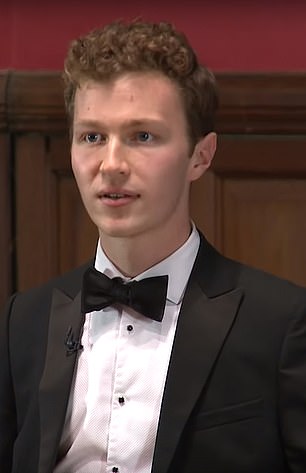 Brendan McGrath stepped down after Ebenezer Azamati, a student from Ghana, was dragged from the society’s debating chamber by security staff

The president of the Oxford Union has resigned after the ‘violent’ removal of a blind student from a debate.

Brendan McGrath stepped down after Ebenezer Azamati, a student from Ghana, was dragged from the society’s debating chamber by security staff. The incident, which was filmed, occurred last month during a flagship debate on confidence in the Government.

Mr McGrath faced a vote of impeachment which quickly achieved 150 signatures, the necessary amount for a vote.

Mr McGrath said: ‘For all of my shortcomings and all of my mistakes, I apologise profusely and unqualifiedly.’

Mr Azamati, 25, told The Sunday Times: ‘I felt that I was treated as not being human enough to deserve justice and fair treatment.’

Mr Azamati arrived early at the Oxford Union on October 17 to reserve a seat as he was worried there were no special provisions for disabled students.

He placed a book on an accessible seat near the entrance to the chamber to reserve it and went back to his college for dinner. 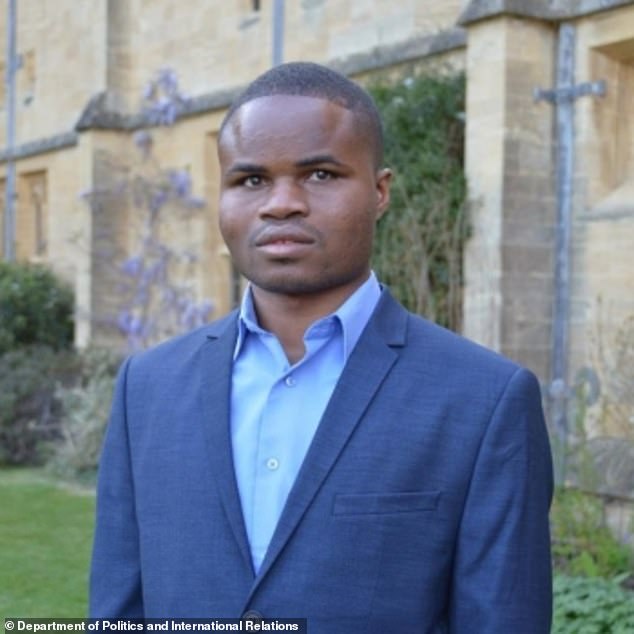 Mr Azamati, 25, told The Sunday Times: ‘I felt that I was treated as not being human enough to deserve justice and fair treatment’

When he returned later, accompanied by a friend and sat down, officials refused his attendance and were seen manhandling him out of his seat.

Mr Azamati, who is a postgraduate from Ghana studying international relations, became distressed at the situation.

Video footage from the event shows the student’s white cane to be visible, while an official pulls him out of his seat.

Mr Azamati has since said he feels ‘unwelcome’ in Britain following the incident.

This is while campaign groups such as the Oxford University Africa society, have protested on his behalf.

Since the incident happened other members including, the Oxford Union’s Secretary, the Chief of Staff, the Director of Press and the Director of Operations, have all resigned, The Cherwell reports.

The Oxford Union has previously been home to alumni such as Boris Johnson and David Cameron, and has traditionally been a place where students go to hone their debating skills.

Following the incident last month, Mr McGrath called a disciplinary committee, where it was alleged that Azamati had behaved aggressively and thrusted his arms out as he was being ejected from his seat.

Mr Azamati’s membership was suspended for two terms and he told The Times that he wasn’t treated as a human’. 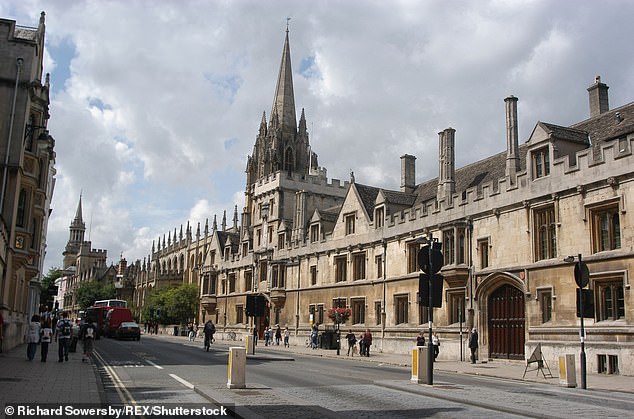 Mr Azamati, who is a postgraduate from Ghana studying international relations, became distressed at the situation. Pictured: All Souls College and the Church spire of The University Church of Saint Mary the Virgin 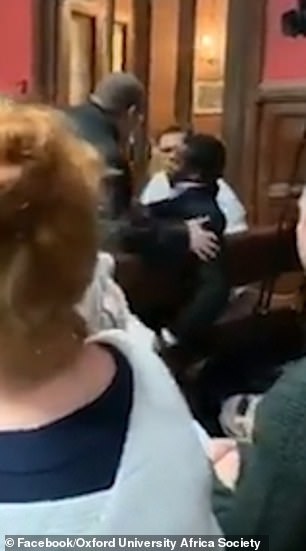 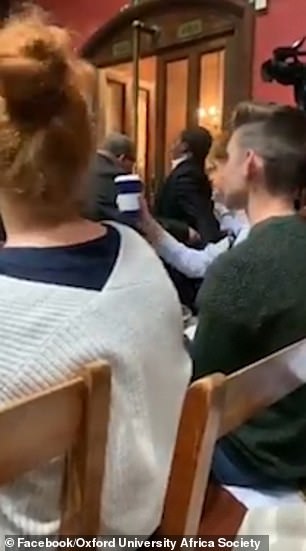 ‘In being publicly removed from the Oxford Union Society made me feel unwelcome in the Union, Oxford and even the country. I felt that I was treated as not being human enough to deserve justice and fair treatment.’

At the appeal yesterday it was alleged that Mr Azamati ‘acted in alarm as a blind man who had been assaulted’.

The appeal also stated that ‘a white blind man would not have been treated that way’.

Witnesses who were at the debate testified at the appeal who claimed Mr Azamati was being ‘dragged by his ankles’.

In a statement Oxford Union said it apologised ‘unreservedly for the distress caused’.

Oxford University said: ‘The Oxford Union is an independent society. The university has no control over its events.’