Germany returned a painting looted by the Nazis to the heirs of French Jewish politician and resistance leader who was executed during World War II.

The portrait by 19th-century French painter, Thomas Couture, had been on display in a spectacular collection hoarded by Cornelius Gurlitt, the son of a Nazi-era art dealer.

Portrait of a Seated Young Woman by Couture, which belonged to resistance figure Georges Mandel, was discovered in late collector’s art trove while German authorities were investigating a tax case in 2012.

German Culture Minister Monika Gruetters presented the work to relatives of Mandel – who was executed by French fascists near Paris in 1944 – in a ceremony at the Martin Gropius Bau museum in Berlin. 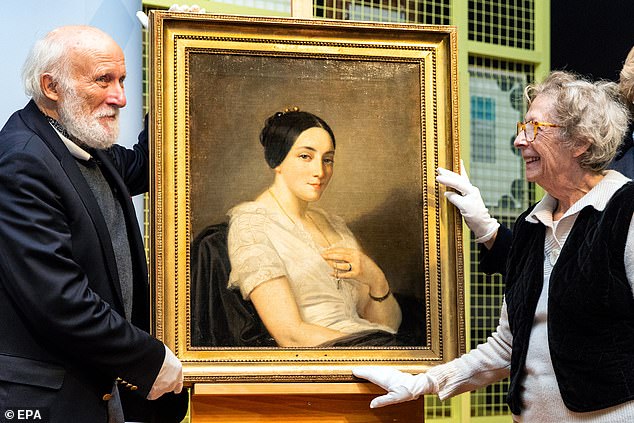 The reclusive Bavarian collector inherited much of a 1,500-piece collection from his father, Hildebrand Gurlitt, an art dealer who traded in works confiscated by the Nazis.

Many are thought to have been looted from their original Jewish owners, but provenance research has been slow and only a few have been restituted.

Experts determined two years ago that the painting had been looted from Mandel, relying on a small hole in the canvas as evidence of its heritage.

Mandel’s lover had cited the hole above the seated woman’s torso when she reported the painting stolen after the war.

Gruetters was joined at the ceremony by a representative of the Kunstmuseum Bern, which inherited Gurlitt’s collection when he died in 2014, and an envoy from the French embassy. 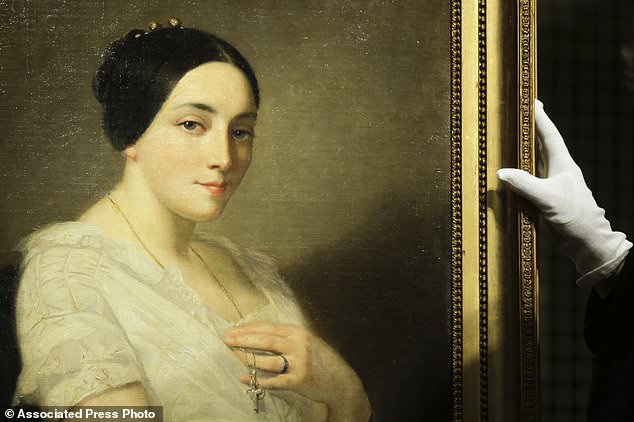 The painting by Thomas Couture on a easel. The art work was discovered in the trove of late collector Cornelius Gurlitt and belonged to Georges Mandel

About 450 pieces from the collection by masters such as Monet, Gauguin, Renoir and Picasso have been on display in Bern, the western German city of Bonn, and in Berlin.

Presenting the art to Maria de Las Mercedes Estrada, the granddaughter of Mandel and Franz Reiner Wolfgang Joachim Kleinertz, his so- in-law, Gruetters pledged to do everything possible to return other stolen works to its rightful owners.

She called the Couture painting’s return ‘a moving conclusion to the exhibitions of the Gurlitt trove’ and underlined Berlin’s commitment to provenance research.

‘We have Georges Mandel’s family to thank that we could show this work in all three exhibitions’, Gruetters said.

‘In this way, we could inform the public about the fate of the Jewish politician Georges Mandel, who was persecuted and imprisoned by the Nazis.’

More than 1,500 works were discovered in 2012 in the possession of Munich pensioner Cornelius Gurlitt. 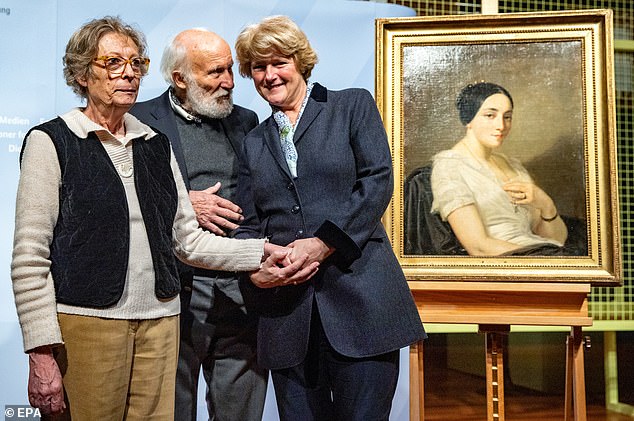 His father, Hildebrand Gurlitt, had worked as an art dealer for the Nazis from 1938.

The discovery of the stash made headlines around the world and revived an emotional debate about how thoroughly post-war Germany had dealt with art plundered by the Nazi regime.

When Gurlitt died, the Bern museum accepted the collection, though it left about 500 works in Germany for a government task force to research their often murky origins.

Determining their provenance has been slow, and it remained unclear how many of the works were stolen. 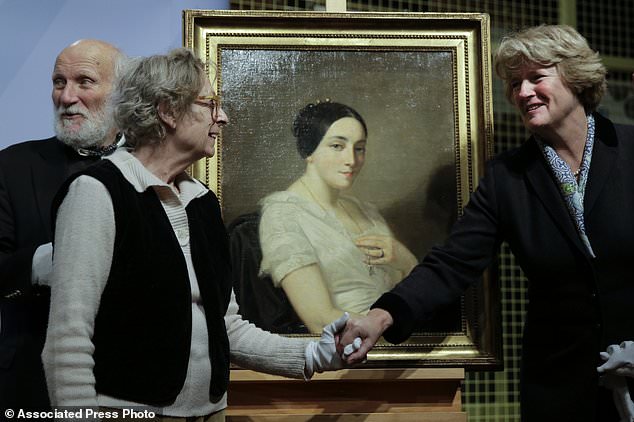 The Couture portrait was the fifth work from the collection restituted to heirs, and the sixth definitively classed as having been looted by the Nazis.

Marcel Bruelhart, who represented the Bern museum at Tuesday’s event, welcomed the return of the art work.

But he added that ‘what is decisive in the end is not the number of restitutions, but the honest and committed efforts in clarifying the origins of the complete works in the Gurlitt collection.’

Number 10 reveals Britain's R0 is below 1
Theresa May went into a defensive ball like a hedgehog, says QUENTIN LETTS
Mother of triplets reveals flat stomach five months after giving birth
Student, 23, who failed degree hanged himself on day he was due to be at graduation ceremony
Bushfire horror: Conditions set to worse in Sydney next week
Cancel the vote and go NOW: Even May’s close allies beg her to dump her doomed Brexit plan
Coronavirus epidemic 'has PEAKED in China' says World Health Organisation
John Kelly admits Trump administration gave up on concrete barrier months ago