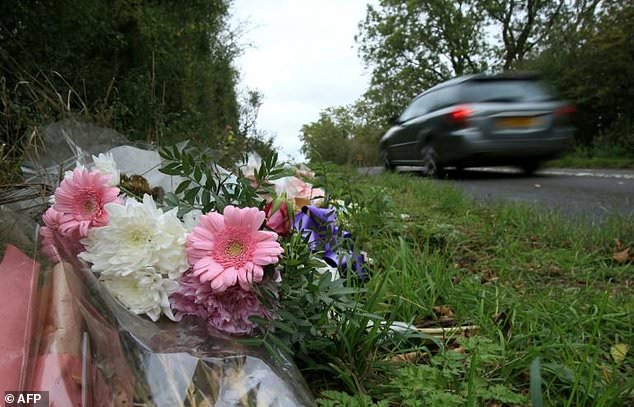 Floral tributes on the roadside near RAF Croughton in Northamptonshire, central England at the spot where British motorcyclist Harry Dunn was killed

The parents of a British teen who was killed in a road crash involving an American diplomat’s wife are to meet with White House officials on Tuesday to urge that she be returned to Britain to face justice.

Harry Dunn, aged 19, died on August 27 in a head-on collision between his motorcycle and a car being driven on the wrong side of the road, according to police in Northamptonshire, in England’s East Midlands.

They said they believed Anne Sacoolas, the diplomat’s wife, was driving the car. Claiming diplomatic immunity, she flew back to the United States.

Sacoolas has not been charged with criminal wrongdoing but her claim of immunity and return to the US have provoked an uproar in Britain.

Prime Minister Johnson has said Sacoolas should return to Britain, saying, “I do not think that it can be right to use the process of diplomatic immunity for this type of purpose.”

But a Washington Post photograph of briefing notes held by Trump in an October 9 news event indicated that “the spouse of the U.S. Government employee will not return to the United Kingdom.”

Tim Dunn and his wife Charlotte Charles announced the White House meeting on a “Justice4Harry” crowd-funding page. A senior US official, speaking on background, confirmed the plan.

The family said they hoped the invitation represented “a positive development in our fight for justice.”

“We believe this can only be achieved if Anne Sacoolas returns to England and engages properly with the justice system, where she will be treated fairly in a proper investigation of what happened to our son on that day,” they said.

Dunn’s parents are expected to meet with reporters outside the White House after the late-afternoon meeting.

Sacoolas’s lawyer, Amy Jeffress, told the BBC earlier that her client was “devastated” by the accident and wanted to meet with the parents to “express her deepest sympathies.”

Mum of woman killed by falling bricks demands justice after nobody is held to account a YEAR later
Bafta film and TV awards 2020 goes green scrapping goodie bags recycling red carpet
David Cameron's comments about Queen led to 'displeasure' at Palace
Doctors demand crackdown on DIY genetic tests after patients wrongly told they had high cancer risk
Woman escorted by five people with coat over her head to enter the only abortion clinic in Kentucky
The Scream may not have been screaming: Edward Munch's iconic artwork shows no such thing
Dutch model who fell from 20th-floor balcony in Malaysia 'was murdered', police say
Three mothers are considering legal battle with Government over school closures