A Ryanair passenger who was arrested this morning for trying to chase his plane down the tarmac at Dublin Airport has been granted bail.

Patrick Kehoe, 23, from Raheenaskeagh in County Wexford, dashed past news photographers and then dropped his trousers and mooned at them after the hearing at Dublin District Court.

Earlier today, Kehoe had caused chaos on the tarmac when he became agitated having missed a flight to Amsterdam with his girlfriend. 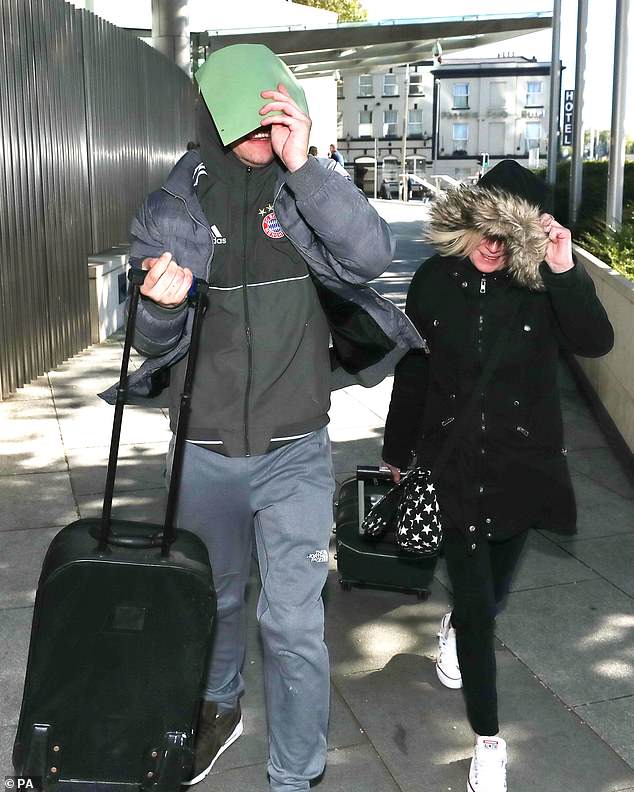 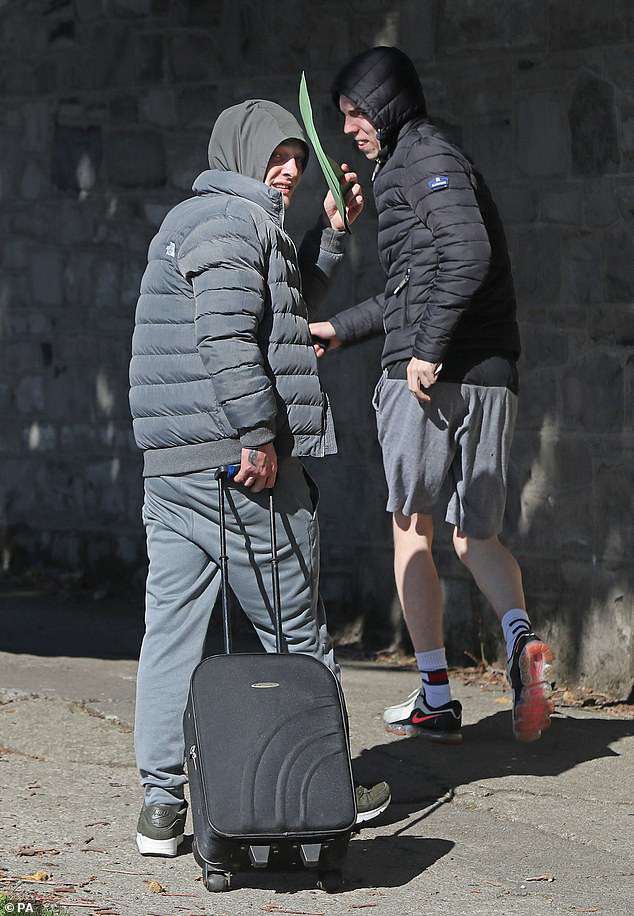 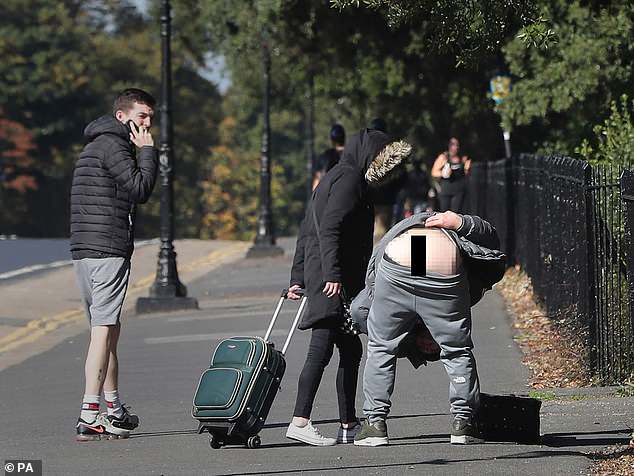 After being granted bail, Kehoe, 23, dashed past news photographers and then dropped his trousers and mooned at them after the hearing at Dublin District Court

After airport staff told him that the gate was closed, he began banging on the window before sprinting past them and running onto the tarmac, shouting at the pilot to wait.

Garda were called just after 7am and Kehoe was detained and taken to Ballymun Garda Station.

He was later brought to appear before Judge Bernadette Owens at Dublin District Court, charged with criminal damage to a magnetic door lock at Gate 106 at Dublin Airport.

Dressed in a grey padded jacket, grey tracksuit bottoms and runners, Kehoe grinned awkwardly as he stood before the judge who asked him if was working, to which he replied, ‘No’. 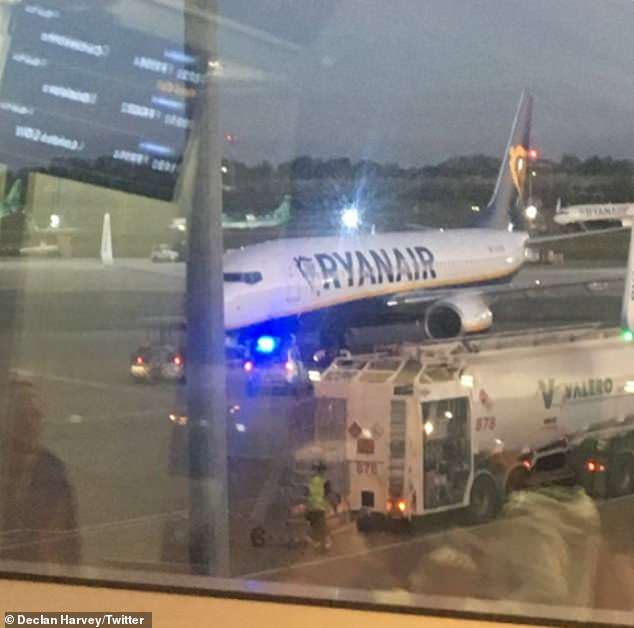 Ryanair passenger Kehoe was arrested around 7am this morning after he sprinted onto the tarmac at Dublin Airport in a bid to chase down his flight when it left without him. Pictured: The plane the man tried to chase

He had the same answers when the judge asked him if he had a solicitor.

‘I don’t know any of them, do you want to chose me one?’ he then said.

The judge said assigned solicitor Peter Connolly to act for the accused.

Garda David Cahill told the court he arrested Mr Kehoe at Dublin Airport at 7.50am and brought him to Ballymun station.

‘He made no reply to the charge after caution,’ Garda Cahill said.

There were no objections to bail but Garda Cahill sought a bail condition banning the accused from Dublin Airport unless he had ‘legitimate business’ there. However, this was successfully resisted by Mr Connolly. 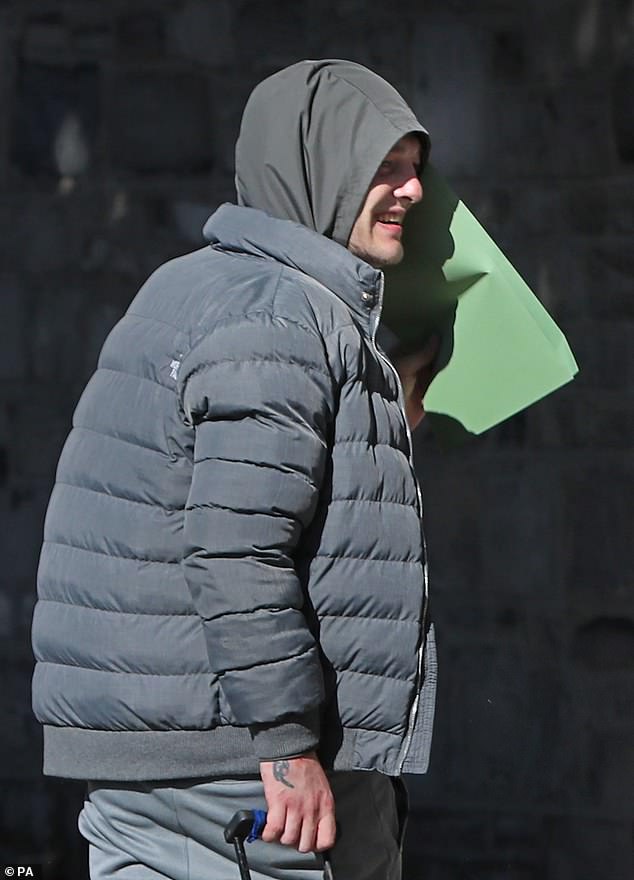 Judge Bernadette Owens did not ban him from the airport but imposed the statutory bail terms – to keep the peace and be of good behaviour.

He was released on his own bond of €200 and ordered to appear again on November 8.

Garda Cahill said it was possible that there would be ‘further charges’.

Mr Kehoe has not yet indicated how he will plead.

Mr Kehoe, with his luggage in tow, left the court with a woman shortly after the hearing. 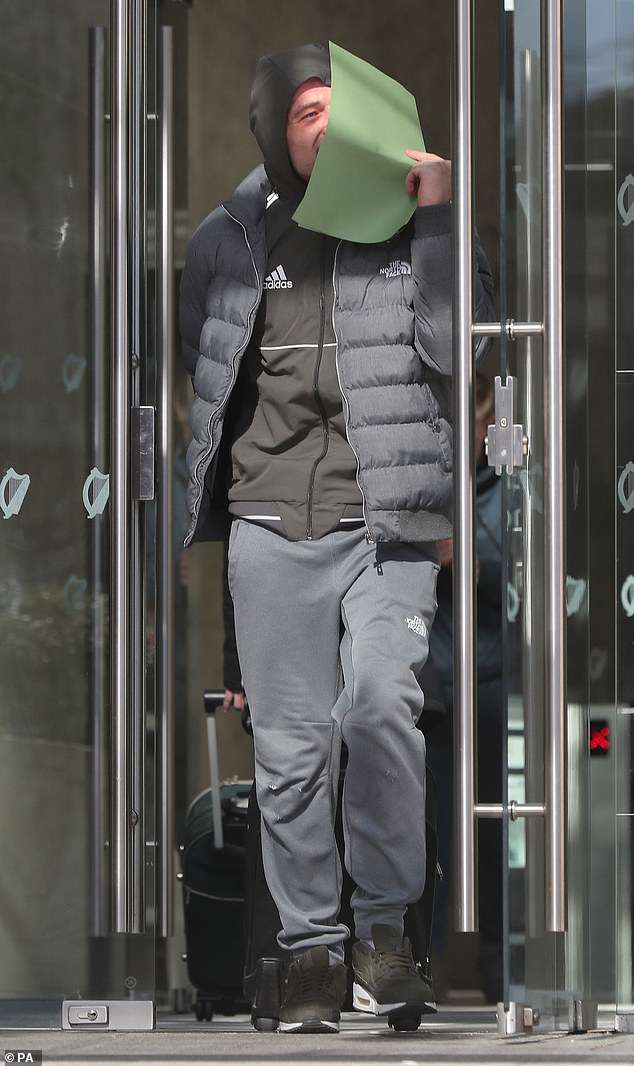 The court heard how the 23-year-old from from Gort in Co Wexford, broke through a magnetic door lock at Gate 106 at Dublin Airport at about 7am this morning