Prince Edward is the fourth and youngest child of Queen Elizabeth II and Prince Philip.

But new reports have emerged revealing that despite being the ‘baby’ of the family, the Queen was said to have forgotten the Earl of Wessex’s birthday when he was in his twenties.

Speaking about Edward, now 54, in Jeremy Paxman’s new Channel 5 documentary, which delves into the early lives of the Queen’s children, his biographer Ingrid Stewart described him as feeling lonely and displaced in Buckingham Palace.

And following the airing of Paxman on the Queen’s Children last night, viewers took to Twitter to sympathise with the youngest brother. 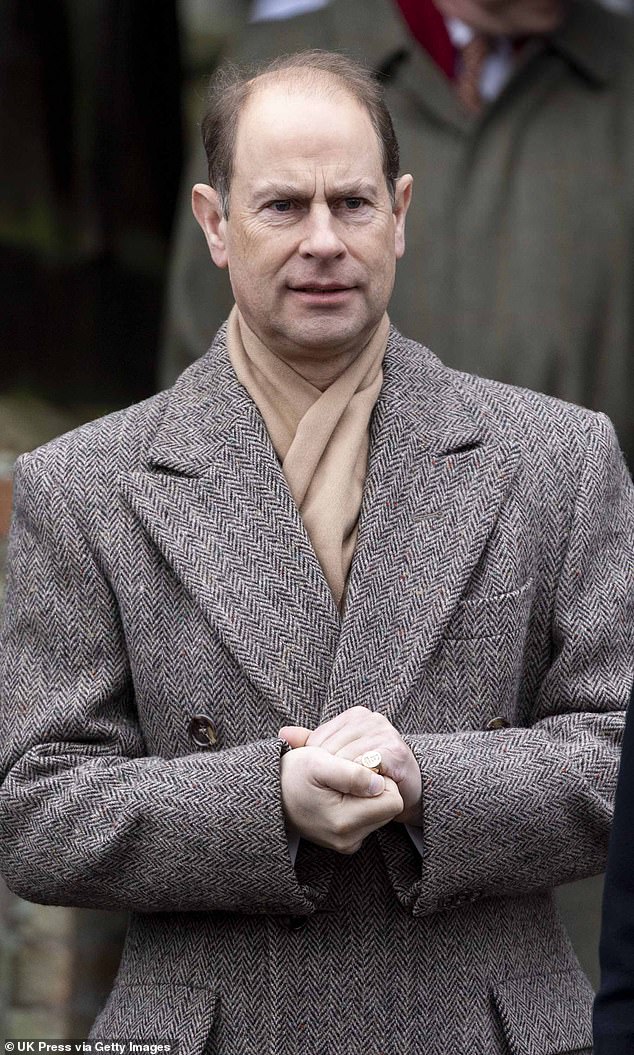 Prince Edward, seen in December aged 54, is the fourth and youngest child to Queen Elizabeth II and Prince Philip- but reportedly doesn’t get any special treatment

Describing him as the ‘overlooked’ third son, Ingrid Stweart said: ‘At Buckingham Palace he [Edward] was lonely.

‘One year on his birthday he went to have breakfast with the Queen and nothing was said. No card no present. She didn’t know it was his birthday’.

One follower wrote: ‘Jeremy Paxman on the royal family is hysterical! Just like everyone else’s family, except for the Queen not knowing poor Edward’s birthday’.

The Queen was said to have forgotten the Earl of Wessex’s birthday when he was in his twenties (seen in 1982, aged 18, with his mother the Queen)

Surprised viewers quickly took to Twitter to share their reaction at the news with one writing: ‘Jeremy Paxman on the royal family is hysterical! Just like everyone else’s family, except for the Queen not knowing poor Edward’s birthday’.

Ingrid previously touched on this in her 2005 book Prince Edward: A Biography, when she described how the Queen and her youngest son had breakfast together one morning in the early nineties, as she ‘ate her toast and marmalade and sipped her special blend of tea which she makes herself.’

The biographer told how nothing was said, however when a royal aide was made aware that the Queen had forgotten, a ‘hasty’ phone call was made and he had a present a few hours later.

‘If it had been Prince Edward’s twentieth or his thirtieth, his mother would not have forgotten,’ she added, writing that her ‘heroic’ second son Andrew, who fought in the war, was her favourite son.

The Queen had an oak tree planted in the grounds of Buckingham Palace to mark the birth of each of her children.

And speaking back on the show, the Daily Mail’s own Richard Kay told Jeremy Paxman: ‘His royal aides once told me that the trouble with Prince Edward is that he can never decide whether he is His Royal Highness or Edward Windsor.

‘He couldn’t tell whether he was one of us or a member of the royal family.’

Describing his relationship with oldest brother Charles, he continued: ‘Charles is 16 years older than Edward and they weren’t close.’

Recalling a past incident when Charles asserted his family ranking, she remembers: ‘He probably only saw him in the summer at Balmoral.

‘On one of those occasions Prince Edward went upstairs and found some of the Duke of Windsor’s old kilts which of course were all the tartans that The Prince of Wales is entitled to wear, and he thought ‘ooh those look rather fun’. So he put one on, and it fitted. 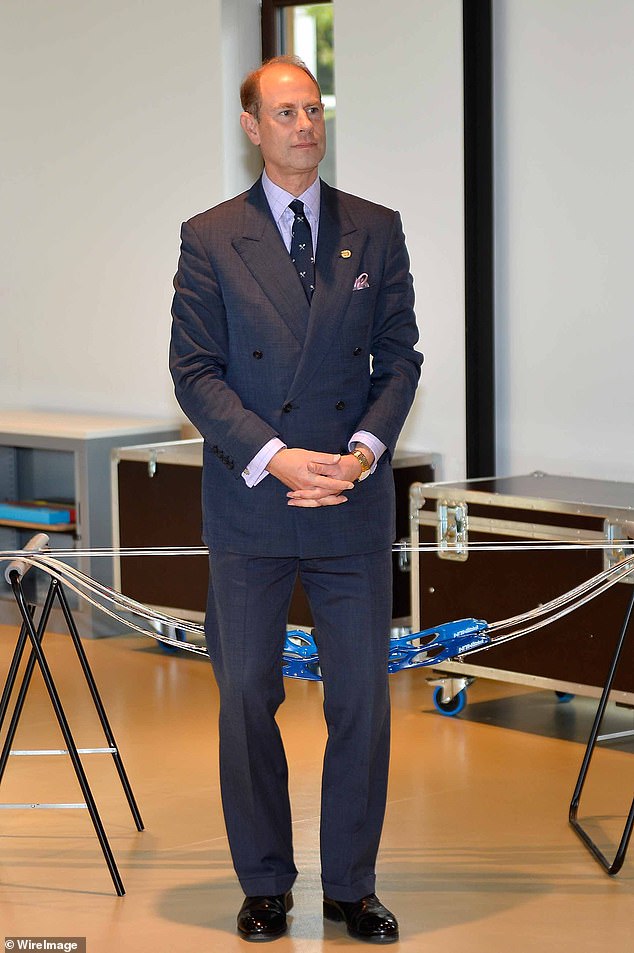 Charles reportedly told his youngest brother Prince Edward, Earl of Wessex, now 54, pictured, that he should take off the tartan he was trying on as it ‘is a kilt for the Prince Of Wales’ 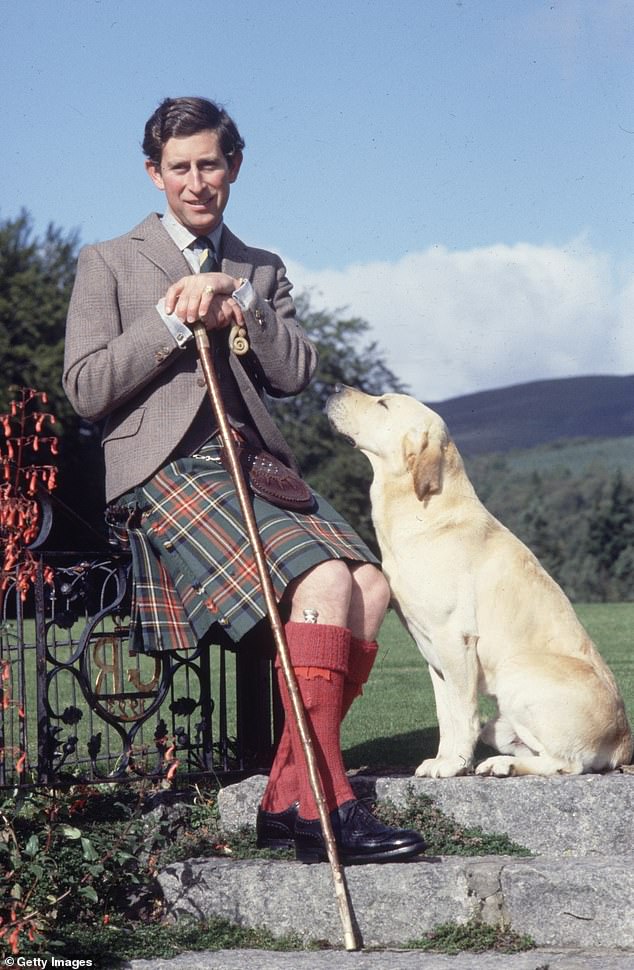 Prince Charles, seen at Balmoral Castle, Scotland, in 1978, reasserted his position and told youngest brother Edward that he was not allowed to try a particular tartan, pictured, as it was reserved for him

‘He went down to dinner in a tartan which was that of the Duke of Rothesay, and as he went into the dining room Charles went apoplectic and said ‘what are you doing wearing that? I am the only one entitled to wear that kilt. It is a kilt for the Prince of Wales. Go upstairs and take it off’.

‘Edward being such a calm person just went ‘okay’, went upstairs and took it off and never mentioned it again.’

He continued: ‘The Prince of Wales recognised all of his own tartans. And the Rothesay tartan is particularly nice’.

The second of the two-part series saw journalist Jeremy explore the lives of Charles, Anne, Andrew and Edward across two episodes.

Paxman on the Queen’s Children, airs on Tuesday, 9pm, on Channel 5 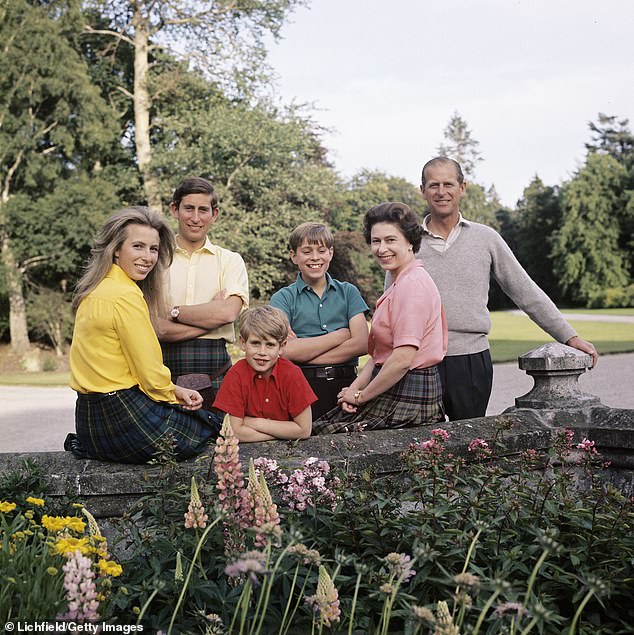 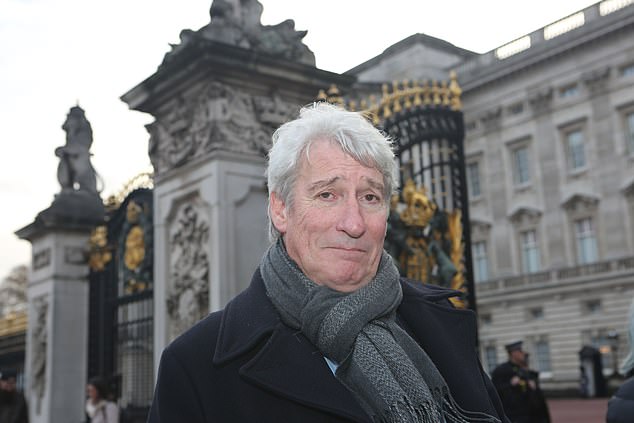 The second of the two-part series sees journalist Jeremy explore the lives of Charles, Anne, Andrew and Edward across two episodes