A pedestrian has died after being hit by a car on the M5 this morning, leading to the motorway being closed in both directions for ‘hours’.

The collision took place on the M5 in Gloucestershire near junction 13 for Stroud this morning.

Initial reports suggested multiple vehicles, including a van, where involved in the horror smash. 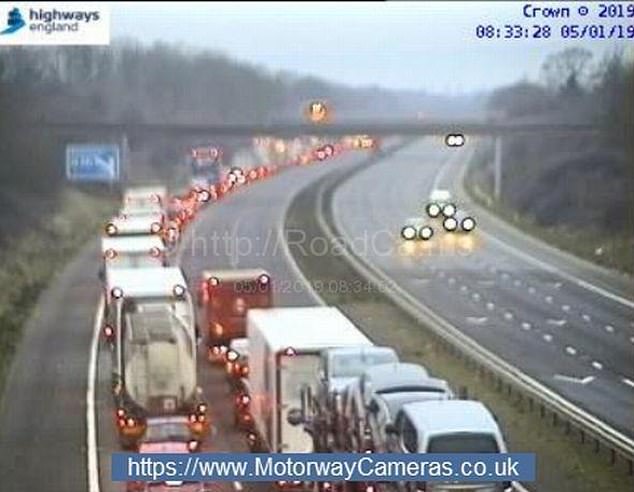 There was a huge pile-up on the M5 following the collision, which saw a pedestrian hit and killed by a car

When contacted by Mail Online, Gloucestershire Police said they are still investigating the cause of the crash and do not yet know how the man ended up on the motorway.

In a statement, the police said: ‘We were called to the southbound side of the M5 just after 7.30am.

‘The man (the pedestrian) was declared dead at the scene. No one else was injured. 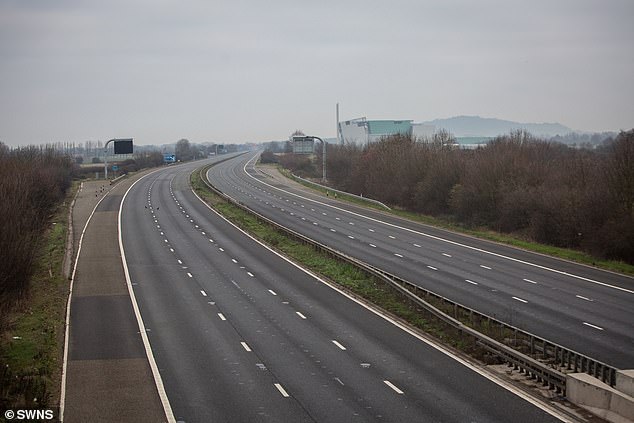 ‘The southbound side is likely to remain closed for some time.’

Highways England tweeted: ‘Emergency services are at scene, expected to be closed for some time.’

The crash was near junction 13 on the southbound side and emergency services were called just after 7.30am on Saturday.

Gloucestershire Police said in an earlier statement: ‘Officers are at the scene and the M5 has been closed while a serious collision investigation takes place.

‘We are still in the very early stages of our response and still making contact with the family of one of the people involved so can’t disclose further details at this time .’