A woman has been questioned by police after a body was found at the foot of cliffs at a Cornish beauty spot.

A 73-year-old woman from Westbury, Wiltshire, has been interviewed by police on suspicion of aiding or abetting a suicide under The Suicide Act 1961.

The body of a 74-year-old woman, also believed to be from Wiltshire, was found at Hell’s Mouth, Gwithian on Friday. 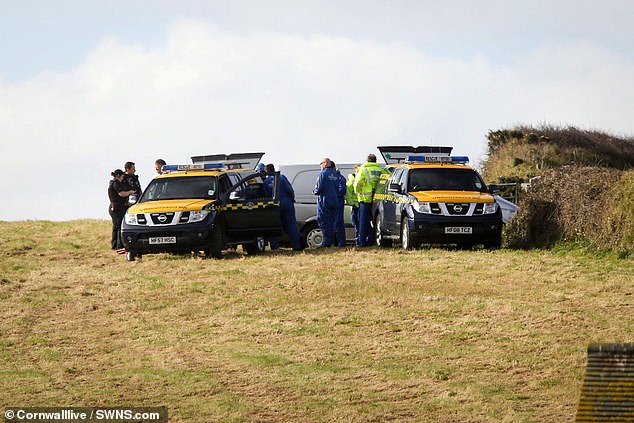 Police were called at around 4.25pm on Friday by a member of the public, who had spotted the body in the water, which was subsequently recovered by coastguards.

The woman’s family have been informed and her death is not being treated as suspicious.

The woman who was arrested has been released under investigation pending further enquiries.

It is understood the woman was interviewed under caution over the weekend. A file is now being prepared for the coroner, police said.

Disabled BBC presenter slams BA after she was left 'stranded in her seat' without her wheelchair
Gang of schoolboys admit destroying a model railway exhibition
UK and US launch last-ditch bid to stop ex-KGB man being named the new head of Interpol
Discover boot-camp workout, 5K fundraisers in Las Vegas
Khamenei's arsenal: A MILLION troops, hundreds of missile launchers and navy for choking oil supply
Perth mother who stole over $1.1 million from business banned from providing financial services
Labour promises to guarantee patients GP appointment within 48 hours
Spanx for your eyebrows - and other new treatments that claim to pep up tired, wrinkly eyes