A 78-year-old man today admitted killing his six-year-old great-grandson who died after he was shot in the stomach with a pellet gun.

Albert Grannon pleaded guilty at Hull Crown Court to the manslaughter of Stanley Metcalf, who died in the shooting in Sproatley, East Yorkshire.

Stanley was shot while visiting his elderly relatives on July 26 last year before being rushed to hospital where he died later the same day. 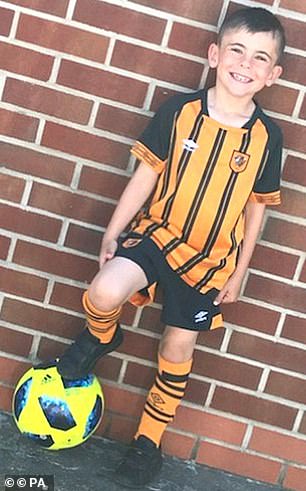 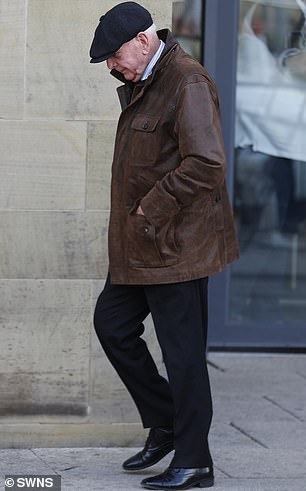 Stanley Metcalf (left), six, left, died after being shot in the stomach with an air rifle pellet. His great-grandfather Albert Grannon (right) was charged with manslaughter over the death

Stanley suffered a hole in the side of his abdomen when he was shot. Grannon also admitted possessing an air rifle without holding a firearms certificate.

The defendant sat in the dock wearing a jacket, shirt and tie and listened to the proceedings through a headset. Sentencing was adjourned until July 2.

Judge Peter Kelson QC told the defendant: ‘It is important I make clear to you the mere fact I am ordering a pre-sentence report and renewing your bail should not be taken by you as any indication as to the likely sentence.

‘This case, while tragic, is very serious and it’s entirely possible that a prison sentence will follow and you must prepare for that.’

Relatives were seated in the public gallery and on chairs within the courtroom normally reserved for jury members. Grannon was granted conditional bail.

Police described the incident at the time last year as a ‘tragic accident involving a pellet airgun’, before Grannon was charged following a lengthy investigation. 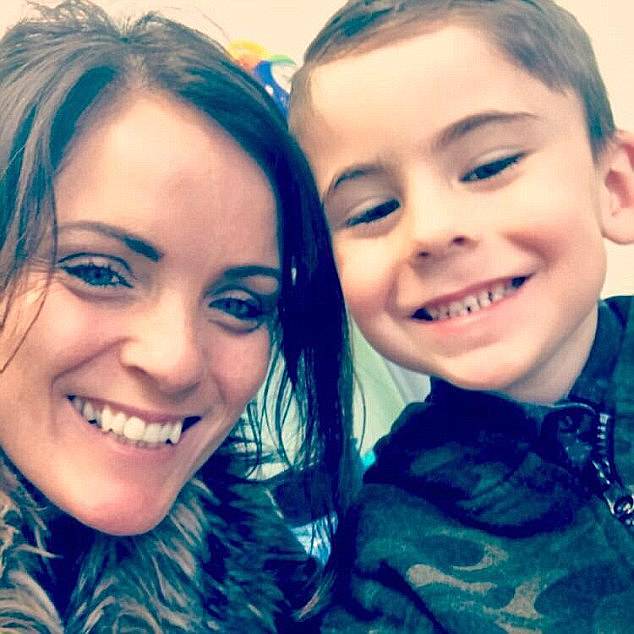 The boy was visiting Grannon and his wife Jennifer, 76, when tragedy struck at 4pm. He was taken by ambulance to Hull Royal Infirmary and died about 90 minutes later.

An inquest into his death heard that a post mortem examination gave the cause of death as an ‘airgun projectile to the abdomen’.

An elderly relative previously described Stanley as a ‘brainy, kind little boy’ and a massive football fan who had a twin sister who ‘loved him to bits’.

She added: ‘I don’t know how you’re supposed to explain things like that to a six-year-old girl. I’ve just been in floods of tears ever since it happened.’ 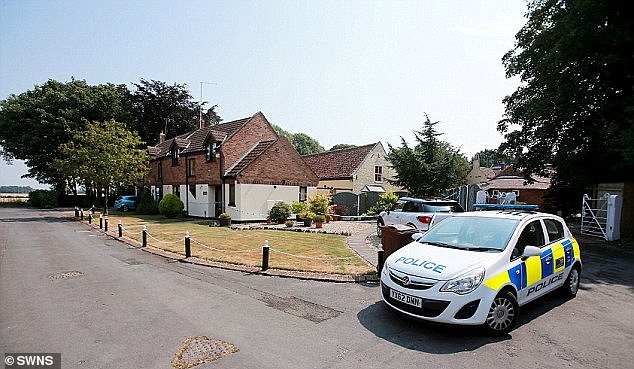 The shooting happened at his great-grandparents’ home in Sproatley, East Yorkshire, pictured

His twin sister Elsie May sat on top of the horse-drawn hearse carrying his coffin as it arrived at his funeral last year.

The cortege received a guard of honour from mourners in superhero costumes.

In a statement issued following Stanley’s death, his family described him as being ‘vibrant and full of energy’.

They said: ‘We are absolutely devastated and completely heartbroken without Stanley and it still doesn’t feel real we won’t see his happy, smiling face again.

‘There are no real words to express how the loss of Stanley has affected us and we all miss him so much. Stanley was a loving, caring and beautiful boy.’