Ten days ago, US President Donald Trump threw his weight behind Boris Johnson as the next British Prime Minister.

Yesterday the Tory Party demonstrated that Mr Trump can spot a winner when he sees one.

With more than twice as many votes as anyone else, the President’s favoured candidate now looks what bookmakers call a stone-cold certainty to succeed Theresa May as Tory leader – and therefore become our next Prime Minister.

By contrast, yesterday was a disaster for Mr Johnson’s nearest rival Jeremy Hunt, the establishment choice who’s been backed by Chancellor Philip Hammond, Work and Pensions Secretary Amber Rudd and (so rumour has it) Theresa May. Much good all those Tory grandees did Mr Hunt. To have any chance at all, the Foreign Secretary needed to score more votes than Johnson in the first ballot.

Instead he’s limped in with a miserly 43 compared to Boris’s 114. He may still make the final two. However, he’s all but finished.

The situation is even more desperate for Dominic Raab, the Brexiteer who was strongly fancied by many when the contest got underway.

If he’s got any sense, Raab will abandon ship with as much dignity as he can and rally behind Johnson. Sajid Javid – who has pulled off the improbable feat of appearing even more robotic than Mrs May – has run a lifeless campaign, which is reflected in the paltry 23 votes he won yesterday.

The best to be said for Matthew Hancock, 40-years-old, is that he put down a marker for the future.

As for Michael Gove, he has scored more votes than I expected after the Daily Mail’s damaging revelation that he took cocaine while a journalist on The Times newspaper. He’s still afloat, but only just. 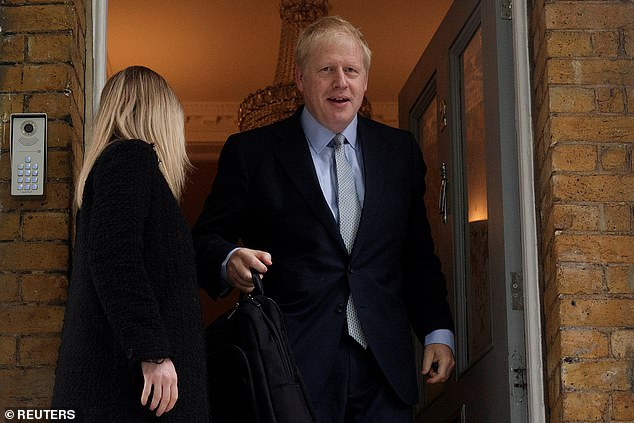 With more than twice as many votes as anyone else, the President’s favoured candidate now looks what bookmakers call a stone-cold certainty to succeed Theresa May as Tory leader

Hunt’s weak performance at least gives Gove the opening he craves to come through the middle as the compromise candidate who can deliver Brexit. Remember that Mr Gove destroyed Boris Johnson’s candidacy three years ago. He will be relying on the hope that history can repeat itself. This time I doubt he’ll manage it.

The only candidate, apart from Mr Johnson himself, who can view yesterday’s result with pleasure is Rory Stewart. An unranked outsider just a few weeks ago, the International Development Secretary has come from nowhere to win the 19 votes he needed to stay in the contest.

More important than that, he’s second only to Boris Johnson in terms of popularity among Tory members.

For this reason, he is in my judgment the one candidate capable of giving Mr Johnson a run for his money once the leadership battle leaves Parliament. They are the two best candidates to fight it out among the party members who make the final choice of leader.

Most Tory MPs are too blinkered to understand that. So it’s likely Stewart won’t get that far.

But he’s already done something important. He’s shown that he has the credentials to become the leader of the internal Tory opposition to Mr Johnson.

That’s significant for the future because a number of Tory MPs will flatly refuse to serve under Mr Johnson – especially if he attempts to take Britain to a No Deal Brexit and possibly to drag the Queen into politics by proroguing Parliament in an attempt to force through a No Deal. Remember that the election of Boris Johnson as Tory leader won’t be the end of the story. It could, I fear, be the start of another agonisingly convulsive period not just for the Conservative Party but the country too.

Mr Johnson has promised to deliver Brexit come what may. If his approach proves too divisive, chaos, anger and division could well lie ahead. And possibly even a split in the Tory Party between Leavers and Remainers. 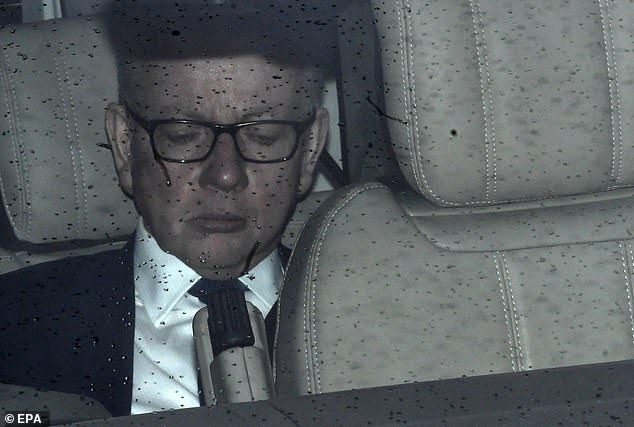 Remember that Mr Gove destroyed Boris Johnson’s candidacy three years ago. He will be relying on the hope that history can repeat itself

Yet Mr Johnson appears to have one advantage that could just give him the authority he desperately needs in the battles that lie ahead. It looks as if he will have both the support of the majority of MPs in his party as well as the support of the rank and file in the country.

Recent history shows why this is important.

Jeremy Corbyn had huge backing among Labour members, but his period as party leader has been so bedevilled because the majority of Labour MPs have opposed his leadership.

Going further back, Iain Duncan Smith was loved by the majority of the Conservative Party membership in the country, but regarded with deadly contempt by many MPs in Parliament.

Mr Johnson should remember, however, that MPs are only lending him their support.

Many don’t like him and some are voting for him while holding their noses. They are backing him as Tory leader for only one reason. Namely they are scared of Nigel Farage and the Brexit Party.

They see Mr Johnson as a house-trained Farage.

For that they are prepared to forgive his two failed marriages and his reputation for deep untrustworthiness. But he should understand that he will have the shortest leasehold on the Conservative Party leadership in history – unless he pulls off Brexit.

Drinking coffee close to bedtime does NOT stop you sleeping: It's alcohol, study finds
Flood-hit Yorkshire residents slam £30m defences that make 'NO DIFFERENCE'
English humour lost in translation, says Three Lions...
US citizen arrested in Russia on 'spying charges'
England's Dele Alli filmed arguing with staff at top London hotel
England unchanged from All Blacks win for Rugby World Cup final
Boy, 15, is left with serious head injuries after he is 'hit by ambulance' on Walsall road
Tracey Cox on how to have affair-hot, just-met-sex TONIGHT