This week has been a nightmare for supporters of Brexit. On Tuesday, Sony, the Japanese electronics giant, announced that it was moving its European headquarters from London to Amsterdam.

This followed a similar decision by Panasonic last year.

The Netherlands Foreign Investment Agency then claimed that up to 250 other companies with bases in the UK had expressed interest in relocating.

The Japanese financial firms Nomura, Sumitomo Mitsui and Daiwa had already announced their intention to move their headquarters’ from Britain to other European cities. 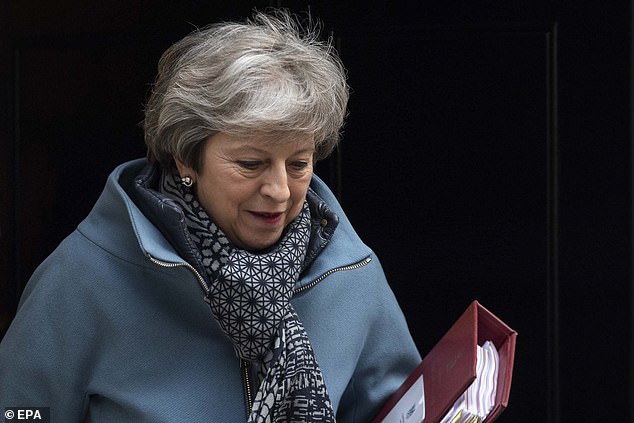 The brutal truth is that this country is in crisis. Theresa May’s withdrawal agreement has stalled

Meanwhile, the clock ticks on. Just nine weeks are left before Britain is due to leave the EU on March 29.

The brutal truth is that this country is in crisis. Theresa May’s withdrawal agreement has stalled. The Prime Minister had hoped that it would supply stability. However, the deal — which I strongly supported — was voted down by a huge Commons majority.

Unless something dramatic happens, Britain is now set on a path to leave the EU without a deal with Brussels being agreed.

There are those who view this prospect with equanimity; even with pleasure. They include Brexit hardliners in the European Research Group such as self-styled economics expert Jacob Rees-Mogg and Boris Johnson. 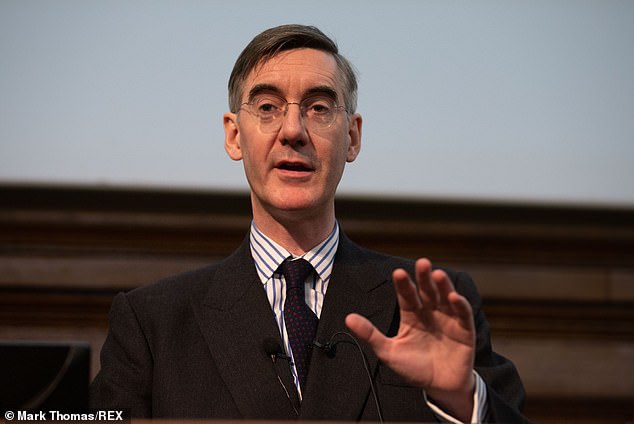 There are those who view this prospect with equanimity; even with pleasure. They include Brexit hardliners in the European Research Group such as self-styled economics expert Jacob Rees-Mogg

Such people insist that Britain will prosper outside the EU, and the sooner we quit the better.

There are others, too, on the far-Left — allies of Jeremy Corbyn — who want Britain to crash out of the EU. They have very different motives. They welcome what they expect would be economic chaos. This, they hope, would open the way to a Labour government and a socialist Britain.

Against these forces stand civil servants and business. They believe that a No Deal Brexit would be a catastrophe, and predict huge queues and shortages in the shops — even economic collapse.

I’m a political not an economics reporter, but these warnings make me nervous. And I note that one of Mr Rees-Mogg’s investment firms has set up two funds outside Britain — in Dublin. 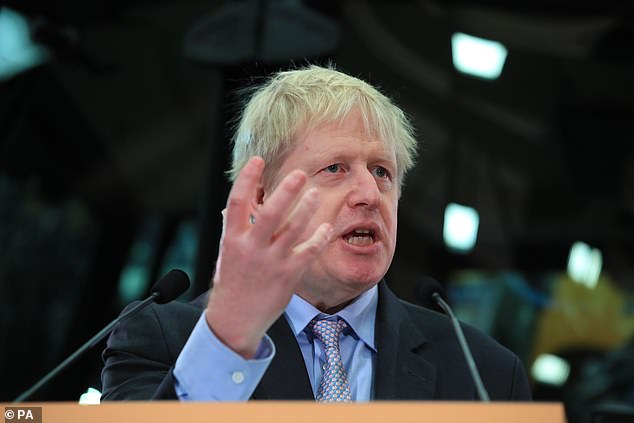 Another high-profile advocate of Brexit, the industrialist Sir James Dyson, this week announced that he is to shift his HQ to Singapore.

If Brexit goes wrong, Rees-Mogg and Dyson have cleverly taken steps that might shield themselves from the consequences.How very enterprising and patriotic of them!

But how should the millions of us who intend to remain in Britain conduct ourselves?

In such times of national crisis, people would normally look to the Prime Minister for leadership.

But Mrs May has been gravely weakened by a series of epic parliamentary defeats. Her Cabinet is split wide open. 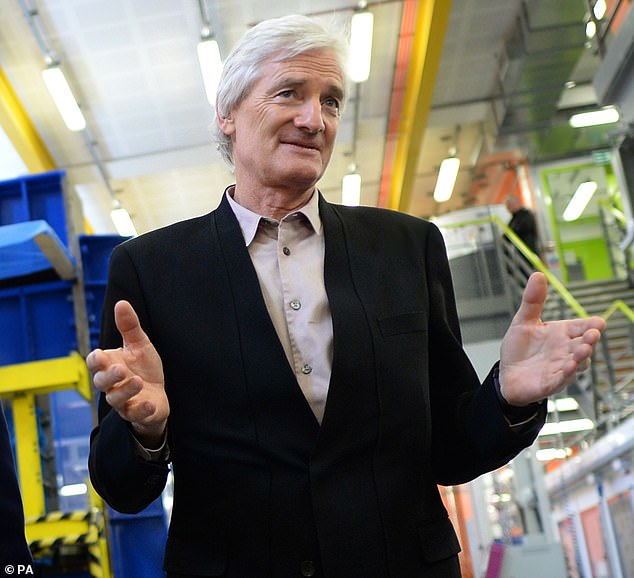 Another high-profile advocate of Brexit, the industrialist Sir James Dyson (pictured), this week announced that he is to shift his HQ to Singapore

In so far as the Prime Minister has a plan of action, it seems to be to press forward with a version of her Brexit deal defeated by 230 votes in the Commons. Plan B is not in the Downing Street vocabulary.

The PM’s officials remain convinced that her deal is Britain’s best and only hope. They are praying for last-minute concessions from the other 27 EU national leaders.

Some people believe this is a brave and pragmatic strategy. But others hold that it is unrealistic, obstinate and amounts to a form of denial of political reality.

Even those close to the Prime Minister concede that she lives in a cocoon.

I set this out as the background to next Tuesday’s House of Commons vote on the way forward for Brexit.

Two senior backbench MPs, Labour’s Yvette Cooper and the Tories’ Nick Boles, have threatened an ultimatum. They have given Mrs May until the end of February to get her deal agreed.

If the Prime Minister fails, they will demand that the Government delays Brexit for several months so that an alternative withdrawal deal can be negotiated and ratified.

The argument boils down to a straightforward proposition.

It is best for everyone to take a breather and sort things out in good order rather than risk a crash-landing.

Not surprisingly, Boles and Cooper have come under harsh criticism. Tory opponents say they are undemocratically pulling the rug from under Mrs May’s Brexit negotiations. 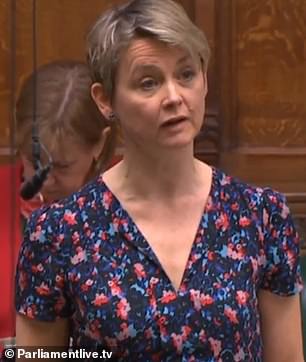 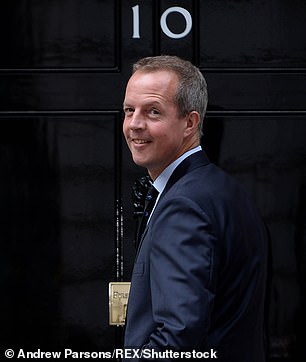 But Mrs May’s critics point out that she has had two and a half years to deliver Brexit, yet has failed. So why should we trust her to succeed in the few weeks that remain until March 29? Surely it is safer and wiser to let Parliament take control if she can’t get the job done.

Others, though, distrust the motives of Cooper and Boles. They believe that their intention is not to clear up the Brexit mess but to stop Brexit altogether.

The MP for Grantham — the Lincolnshire constituency in which Margaret Thatcher was born and which was one of the most pro-Leave areas in Britain in the 2016 referendum — set out his position.

He explained that he had campaigned for Britain to remain in the EU but had subsequently been a strong supporter of Mrs May’s withdrawal deal. He added that he was strongly opposed to a second referendum — and that if one was ever held, he would campaign for Brexit.

However, Boles asserted that his main concern were the risks involved in leaving without a deal.

And so, if Mrs May fails to get a majority for her deal in the next few weeks, it would be best to ‘extend for a few months’ Article 50, which is the clause in the EU’s Treaty of Lisbon that sets out how a country can leave the union.

This all makes reasonable sense to me, but I accept that the arguments advanced against Boles’s amendment are also cogent.

His opponents say that a delay would only make matters worse for British businesses, with yet more months of uncertainty.

We all need to know as soon as possible, they say, exactly where Britain stands in relation to the EU, and that giving an extra nine months or so to keep negotiating would only add to the confusion.

And, of course, there are European Parliament elections this summer. Would the British people vote in them?

So we are facing a host of seemingly intractable problems.

But as one of the most important votes in the modern history of Parliament draws closer, Theresa May needs to convince the British people that she knows what she is doing. Otherwise, MPs will step in and wrest control of Brexit — and rightly so.

The Queen never intervenes in politics. That doesn’t mean that politicians don’t shamefully sometimes try to drag her into the Westminster fray.

Jacob Rees-Mogg is the latest, suggesting that Her Majesty should cancel Parliament until Britain leaves the EU.

Ahead of the EU referendum in 2016, Michael Gove was accused of betraying a private conversation he’d had with the Queen on Privy Council terms and telling a red-top tabloid newspaper that he thought the Queen was critical of European integration. 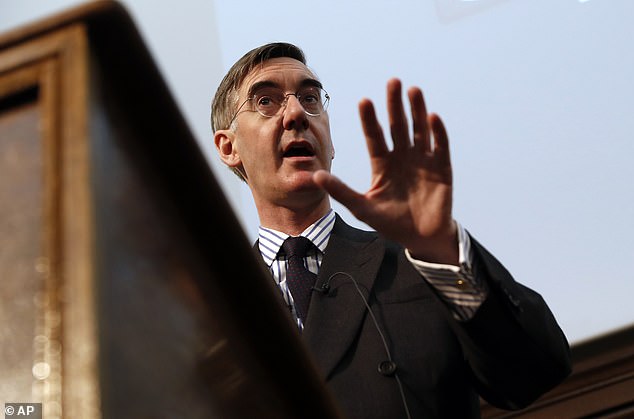 Jacob Rees-Mogg is the latest, suggesting that Her Majesty should cancel Parliament until Britain leaves the EU

The biggest culprit of her reign so far has been Tony Blair, who repeatedly tried to shove the Queen into party politics.

I’m sure this is the reason why Blair has never been offered the Order of the Garter, Britain’s most ancient award of chivalry. The honour is a personal gift of the Queen and normally given to all former Prime Ministers.

Harriett Baldwin, the Government’s minister for Africa, has condemned the latest outbreak of murderous violence by Zimbabwe’s security forces against their own people.

This is the same woman who disgracefully authorised her officials to give backing to the brutish president Emmerson Mnangagwa in Zimbabwe’s elections in July last year.

It grieves me to say that the misguided policies of the British Government are in part responsible for the horrors that we are now witnessing on the streets of Zimbabwe.

Westminster dog show gets underway in New York
Kevin Spacey charged with felony sex assault one year after he was accused of molesting a teenager
Ant McPartlin finally RETURNS to Britain's Got Talent after one year break
I'm A Celebrity Get Me Out Of Here: Ant McPartlin returns to the show after drink drive arrest
Pence says Myanmar's handling of Rohingya 'without excuse'
Sandbanks millionaire adds £100,000 to luxury home by butchering two protected trees, court hears
British fitness firm Gymshark suffers MAJOR data leak
MTV EMAs 2018: Halsey pulls out all the stops in a dazzling witch-inspired peach gown