The first pictures have emerged of a five-year-old boy who drowned in a pool in Kos while on holiday with his family just weeks after the death of his grandmother.

Theo Treharne-Jones is believed to have fallen into the pool on Saturday morning after wandering off alone before parents Nina Treharne and Richard Jones, both 38, were awake.

Neighbours have today described Theo as a ‘lovely young boy’ and said news of his death in Greece was ‘absolutely heartbreaking’.

Close family friend Beverley Herbert said Nina and Richard had gone on holiday to the Atlantica Holiday Village as part of a group of ten – including Theo’s three siblings – following the death of Nina’s mother Patricia Winston just weeks earlier. 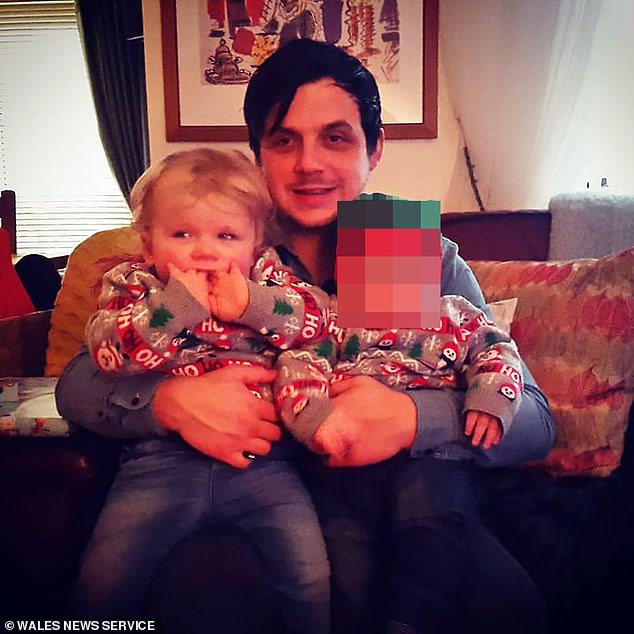 Theo Treharne-Jones (pictured left, with father Richard and his younger brother) drowned in a pool in Greece on Saturday after reportedly wandering off while his parents were still asleep

Also among the group was Nina’s sister Sara, her partner and their children.

Ms Herbert, 40, said: ‘Nina and her sister Sara were devastated when Pat died and they said they all needed a holiday to cheer them up.

‘They wanted to spend time together as a family and remember Pat. So the two sisters, their partners and their children all went to Greece for a break.’

She added: ‘Losing your child in any circumstances is every parent’s worst nightmare but to lose a child like this is absolutely heartbreaking.

‘Theo was a lovely boy. Him and his younger brother spent all their free time bouncing up and down on a trampoline in their back garden. They loved it.

‘Nina is a wonderful mother. Goodness knows what happened. It is just horrendous.’

Another neighbour, Keith Payne, said: ‘I’d always see Theo out in the close playing in his battery-operated little car, with Nina chasing behind. They’re a lovely family.’

Theo was found dead on Saturday and his grandfather is planning on flying to Greece today to support the family.

Police in Greece are investigating the tragedy and have questioned Theo’s parents and hotel staff as part of routine inquiries. 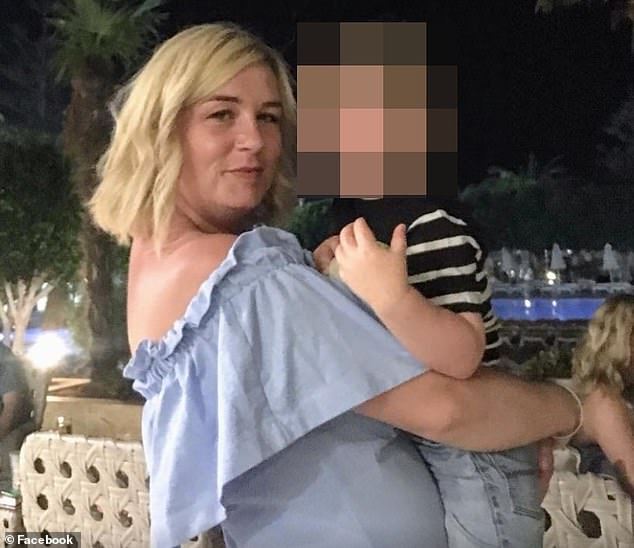 Mother Nina Treharne (pictured) went on holiday with her sister Sara and their families after the death of her mother Patricia just weeks before, according to neighbours 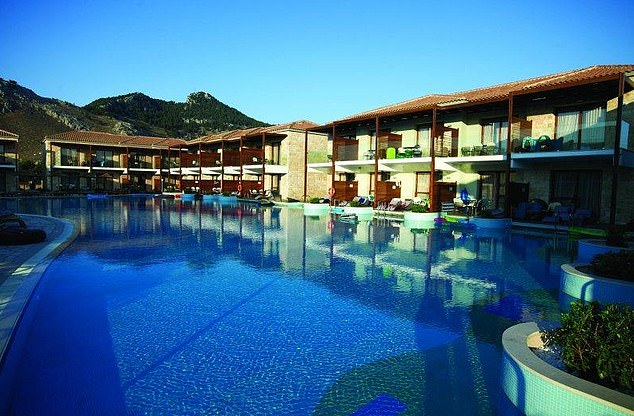 A spokesman for travel operators TUI said: ‘We are aware of the tragic incident at the Holiday Village Kos, Greece and our thoughts are with the family.

‘Our team in resort is currently supporting the family and we will continue to assist in whatever way we can.

‘The safety and well-being of our customers and staff is our primary concern and our dedicated resort team is working with the authorities and hoteliers.

‘As the matter is currently still under investigation it would be inappropriate to comment further at this time.’

Deputy Leader of Merthyr Tydfil County Borough Council Lisa Mytton said her ‘thoughts and prayers’ were with the family.

She said: ‘It is with great sadness that the local authority is informed of the tragic death of one of our infant pupils, Theo Treharne-Jones whilst on holiday with his family in Kos.

‘The local authority will continue to support Theo’s siblings who also attend schools in our County Borough and friends and staff at Theo’s school.’

A Foreign and Commonwealth Office official said: ‘We are supporting the family of a British child who died in Kos, Greece, and our staff are in touch with the local authorities.’

Leak fury at No10: Dominic Cummings quizzes former aide over Operation Yellowhammer document
Eat your way to a healthier life: From banoffee waffles to tofu stir fry, lose weight with WW
Jane Seymour tells of the 'frightening' moment she found out her fourth husband was cheating on her
Actress tells Australian court she heard Rush's career...
Devon Windsor stuns as she and Johnny 'Dex' Barbara marry in St. Barts
Chlamydia vaccine moves a step closer after a scientific trial proves it is safe
Laura Plummer flies home after 14-month prison ordeal in Egypt
Parkland high school resource officer is charged for inaction during massacre