A mother-of-two and her friend died after going for a midnight swim in bitterly cold water near a beach in Aberdeen yesterday.

Mother Karolina Pisarska, 36, and Luiza Koniuszy, 22, were found face-down in the freezing North Sea after the taxi driver who drove them to the beach raised the alarm.

The women had left him behind to wait for them while they swam.

Police Scotland described the deaths as ‘tragic accidents’ after the women got into difficulties while swimming in the sea in the early hours of Good Friday.

The foreign nationals were taken from the water by the RNLI and rushed to Aberdeen Royal Infirmary, where they died.

Detectives have launched an investigation but said there are not thought to be any suspicious circumstances.

Part of the beach was cordoned off with police tape and officers stood guard at the scene. 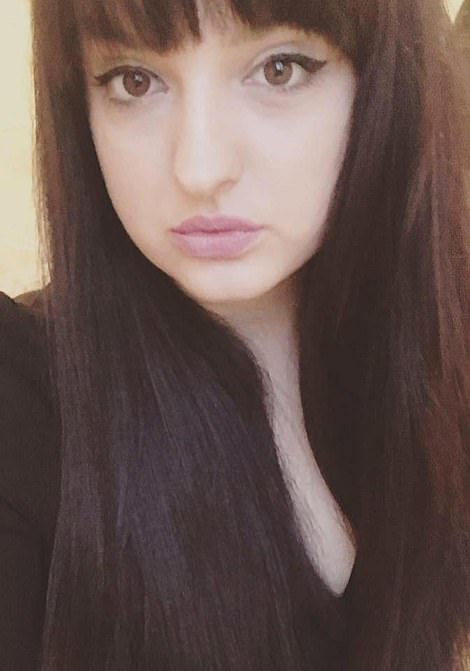 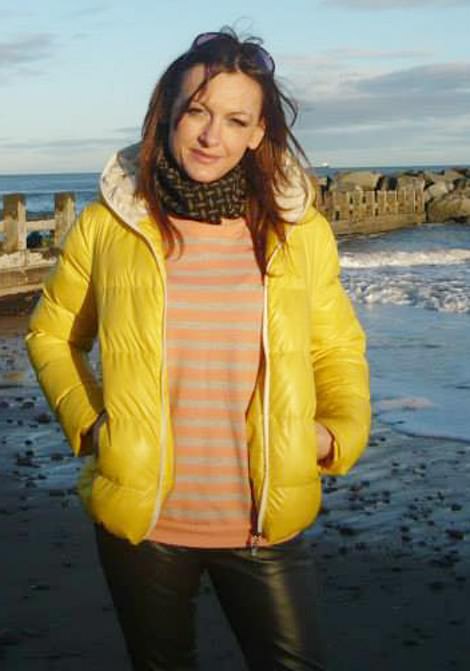 Karolina Pisarska, 36, and Luiza Koniuszy, 22, were found face-down in the freezing North Sea after going for a midnight swim 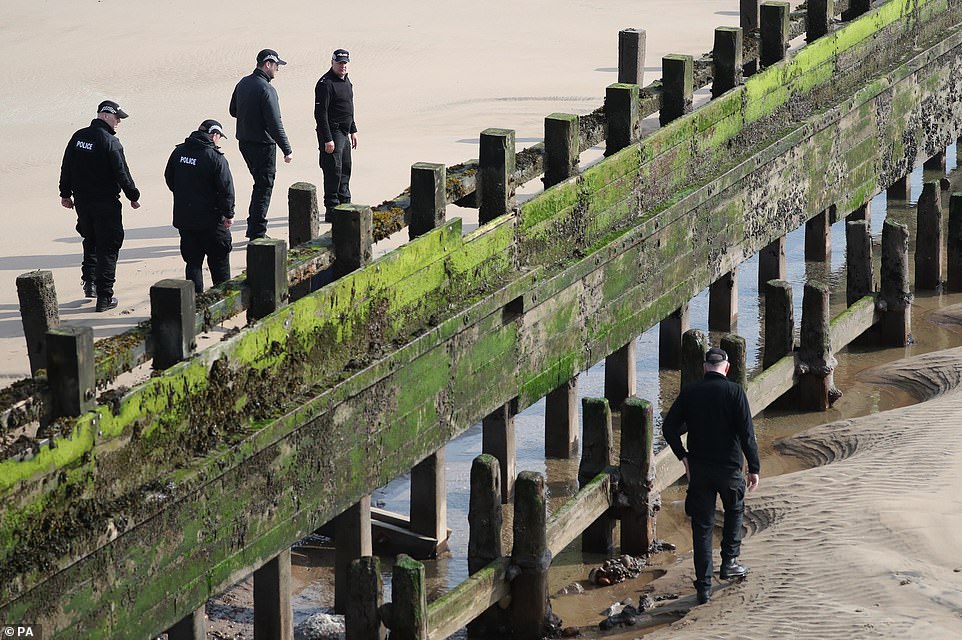 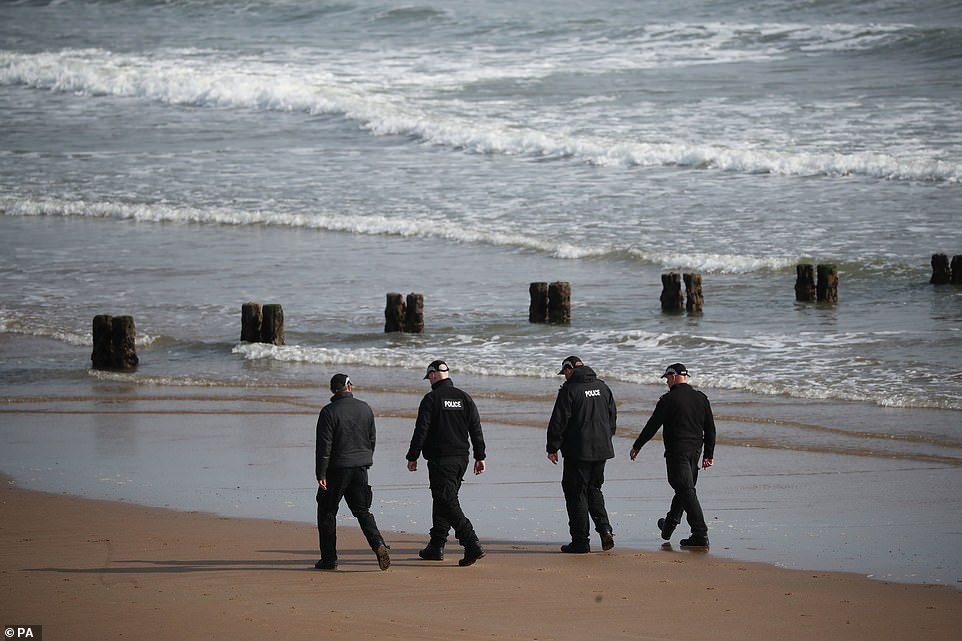 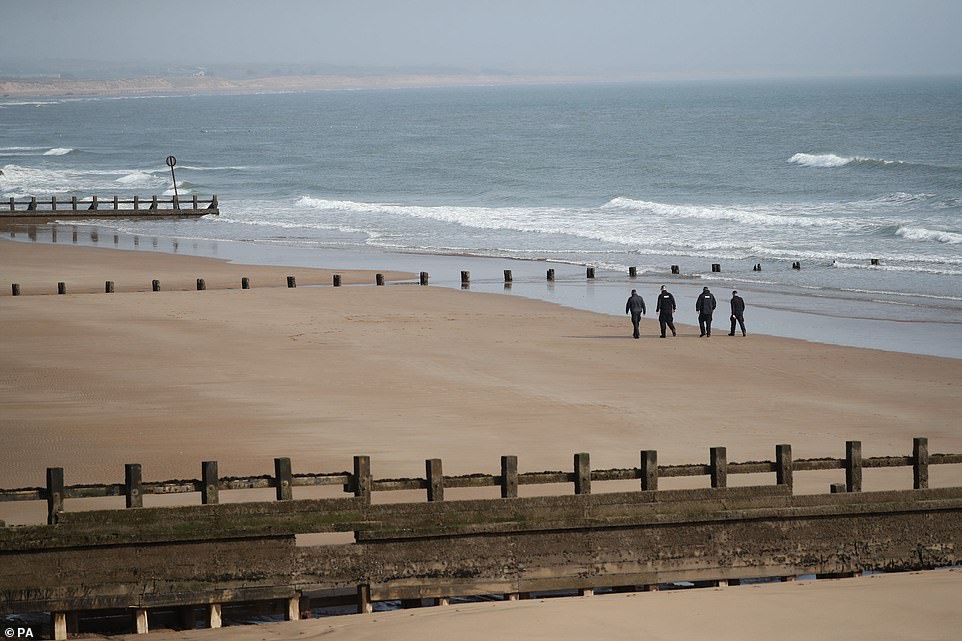 Chief Inspector Martin Mackay said: ‘Above all, my thoughts are with all of those who will be affected by this tragic incident.

‘While officers continue to investigate the circumstances surrounding why these women came to be in the water so late at night, at this stage there appears to be no apparent suspicious circumstances.

‘From our initial enquiries, which include speaking to a witness who was at the scene at the time, we understand that they entered the water for the purpose of swimming but sadly underestimated the conditions.’

He added: ‘I would like to take this opportunity to thank all the rescue personnel who attended and assisted at the scene during the night and did their very best to save the women involved.

‘Our seas can be extremely unforgiving, conditions can change rapidly and I can’t stress enough the dangers of entering the water at any time of the day or night when you are not suitably prepared.’ 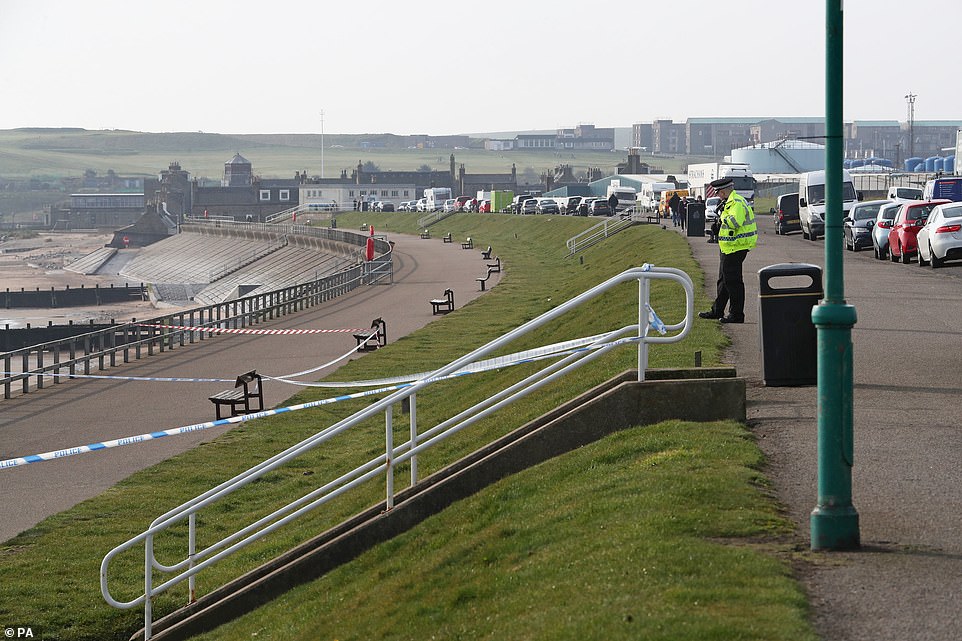 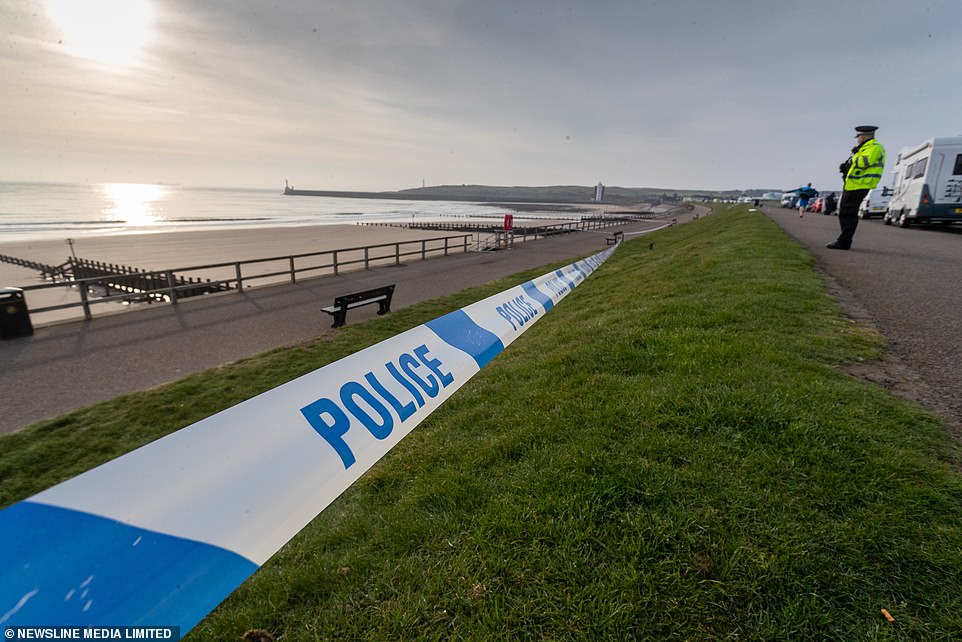 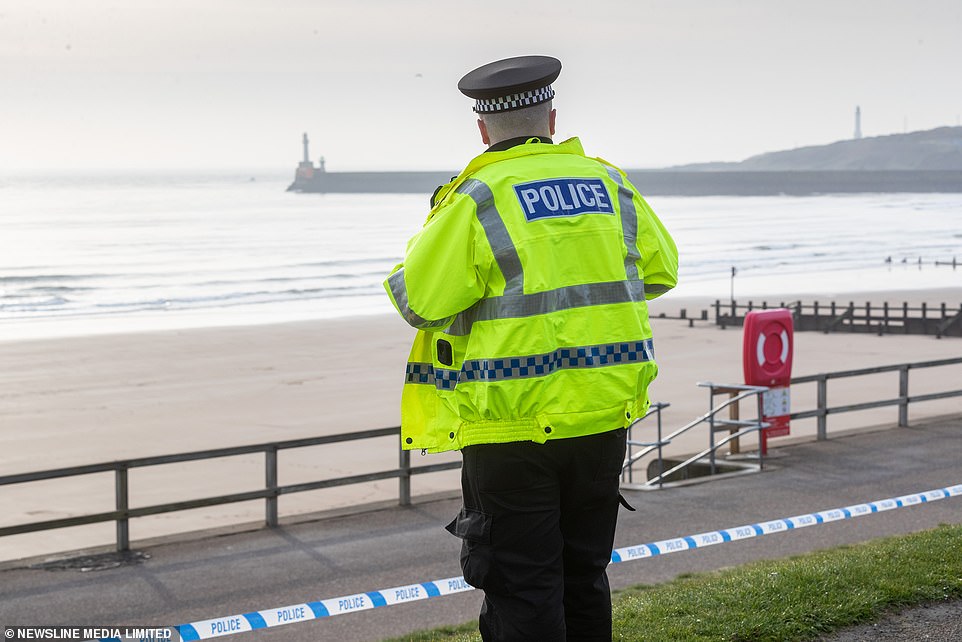 Davie Orr, of the RNLI, said the women were not too far from the end of the groynes on the beach when they were rescued.

He said: ‘Conditions were not too bad at all. We’ve had an easterly breeze the last couple of weeks and that causes a bit of swell coming in towards the shore.

‘It was high tide as well, which also causes problems, particularly here because when the water’s in there’s not a ready escape to get out of the water.

‘So, it was high tide, a slight easterly breeze, and also being dark as well caused a bit of problem when you’re searching for someone.’ 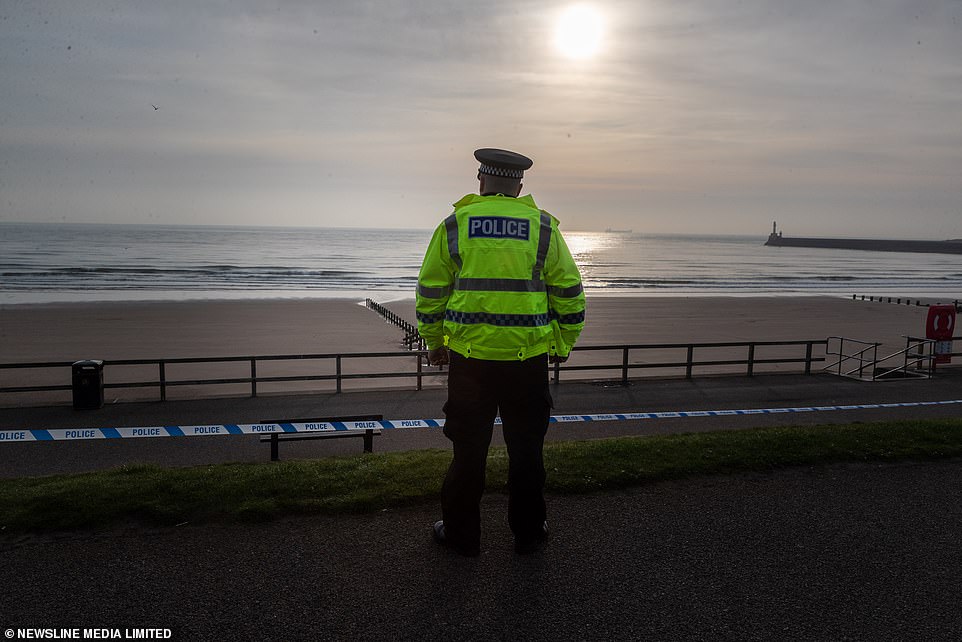 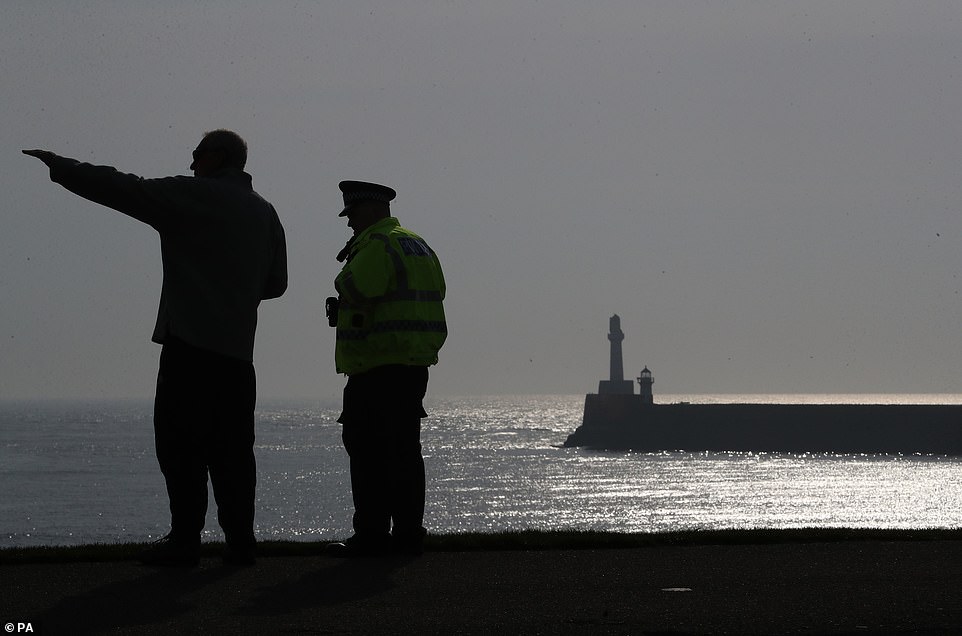 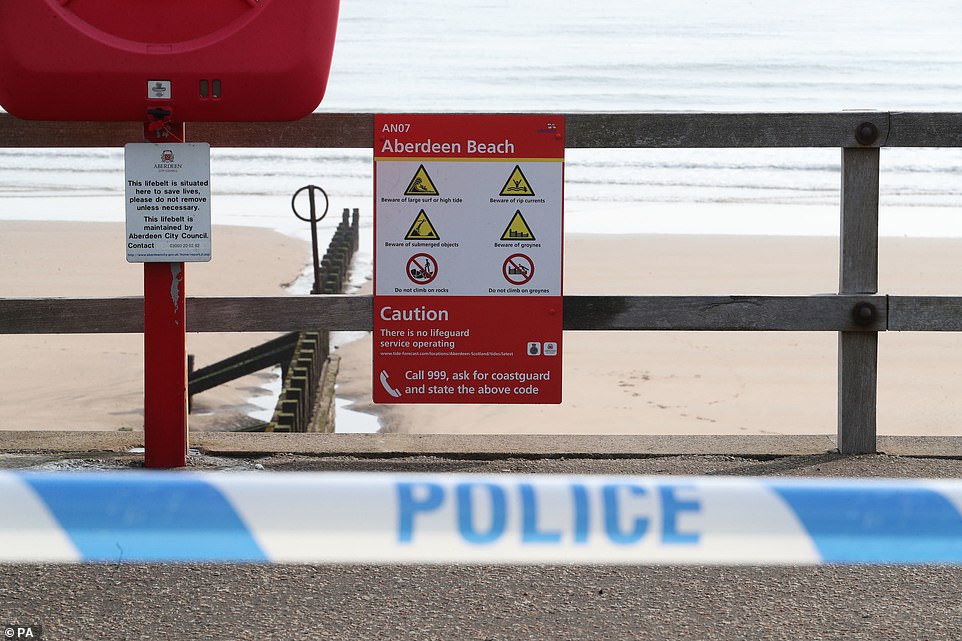 Officers have been combing the beach as part of the investigation. The coastguard helicopter and Aberdeen and Stonehaven coastguard rescue teams were also involved in the operation.

An Aberdeen Water Safety Group spokesman said: ‘First and foremost our thoughts are with the families of the two women following this terrible tragedy.

‘It would be inappropriate for us to comment further at this time but we are obviously deeply saddened at the loss of two young lives and would like to extend our deepest sympathies to friends and families and our gratitude to rescue services who did everything they could to prevent the fatalities.’

It comes three years after Julie Walker, 37, and her son Lucas, six, died after being swept out to sea off Aberdeen. Police said at the time in August 2016 that Lucas’s brother Samuel also went into the water to try to save them.