A rare black rhino has died during a flight from a British nature reserve to Tanzania where he was due to be released into the wild.

The 17-year-old, Zambezi, was being flown 7,000 miles to the Serengeti from the Port Lympne safari park in Kent in the hope he would breed.

Zambezi was one of a number of black rhinos from European zoos being sent to Africa as part of a conservation project to boost the critically endangered population, which now numbers around 5,600. 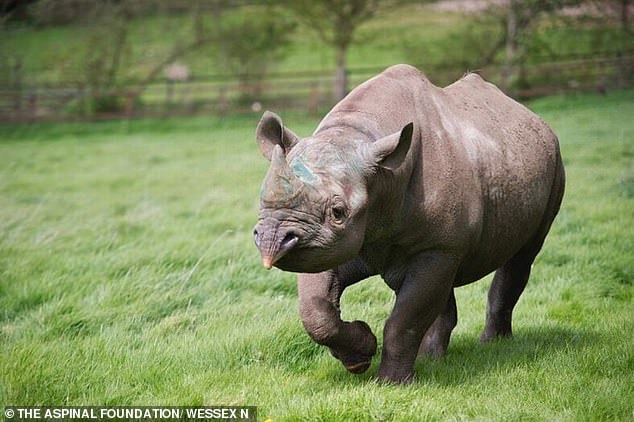 The 17-year-old, Zambezi (pictured), was being flown 7,000 miles to the Serengeti from the Port Lympne safari park in Kent

He was under the care of the family-run Aspinall Foundation, which runs two safari parks in Britain and has pledged to return captive animals to the wild.

It defended the decision to move the rhino, saying 19 have been sent from Europe by air in the past few years. Chairman Damian Aspinall said it is not yet clear what led to Zambezi’s death but an investigation would be carried out to see ‘if there are lessons to be learned’.

He added: ‘Like everyone at the Aspinall Foundation, I am shocked and devastated by the loss.’

Zambezi’s journey from Kent to Tanzania was being documented by the foundation on social media. Photographs showed him being placed in a specially constructed metal and wooden box at the park, driven by lorry to Lydd Airport in Kent, and lifted into a private aeroplane. 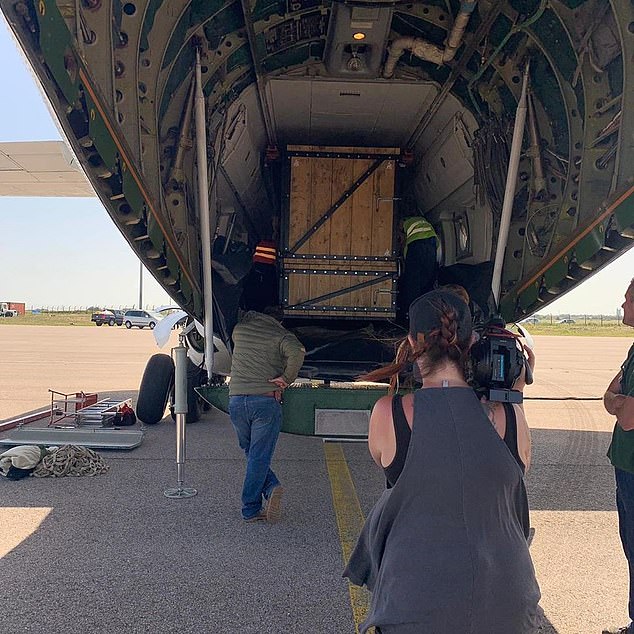 The foundation had documented his journey on social media, posting photographs of Zambezi being loaded into a crate and placed on board the plane 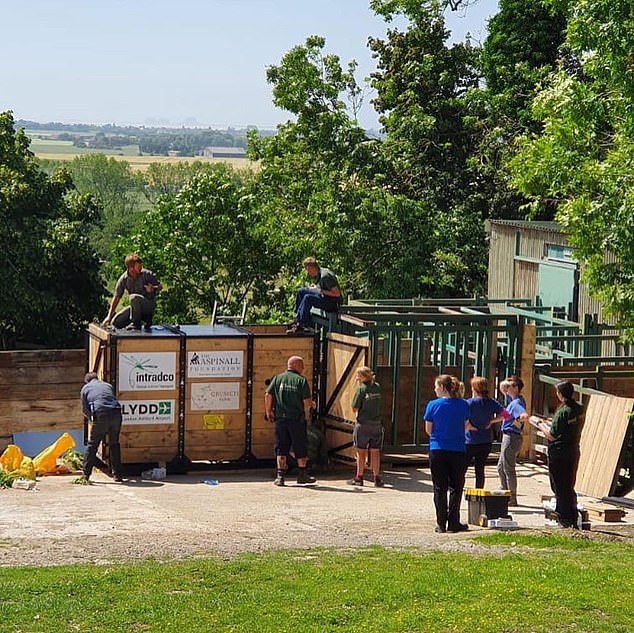 Zambezi was under the care of the family-run Aspinall Foundation, which runs two safari parks in Britain and has pledged to return captive animals to the wild

The last post said he had been safely loaded, adding ‘[we] cannot wait to see him take his first steps in Tanzania’. Zambezi was accompanied by a keeper from the foundation, a vet and a team from Tanzania’s Grumeti Fund Reserve.

Born in captivity at the park in 2002, he sired one calf at Port Lympne and two more when he was moved to sister park Howletts, near Canterbury, in 2013, before returning to his original home in 2016.

The Aspinall Foundation said it has successfully transported eight black rhinos, which led to 15 calves in the wild in 24 years. ‘The work of our foundation in breeding critically endangered species and returning as many as possible to protected areas will continue,’ Mr Aspinall said.

‘Overall, we have been hugely successful. It is my firm belief that these animals do not belong in captivity.’