British television host Piers Morgan has suggested Australia is the ‘epitome of misogyny and sexism’ during a fiery interview with former Prime Minister Julia Gillard.

Morgan, a MailOnline columnist, made the remark as he opened a segment on ITV’s Good Morning Britain alongside Ms Gillard and Rose McGowan, a Harvey Weinstein accuser, ahead of International Women’s Day on Friday.

‘What does International Women’s Day mean to you? As you were Australia’s first woman prime minister,’ Morgan asked Ms Gillard.

‘Yes I was, to date, the only female prime minister of Australia,’ she replied.

Morgan then asked Ms Gillard to describe her experience leading a country ‘that many people for a long time presumed was the epitome of misogyny and sexism’.

‘I think that’s a little to harsh on my country because there are issues for women in politics right around the world and leading women in all industries, including creative arts and Hollywood,’ Ms Gillard responded.

She went on to explain that her experiences as Australia’s leader was different to what male prime ministers endure.

‘For me, there was far too much airtime taken by irrelevant issues about gender, what I was wearing, the fact I don’t have kids, my body shape which got a fair bit of commentary from my earlobes to everything else,’ she said.

‘A lot lot more than a man would get.’

Ms Gillard was appointed chair at the Global Institute for Women’s Leadership last year in London and has regularly spoken about the representation of women in politics since her three year leadership ended in 2013. 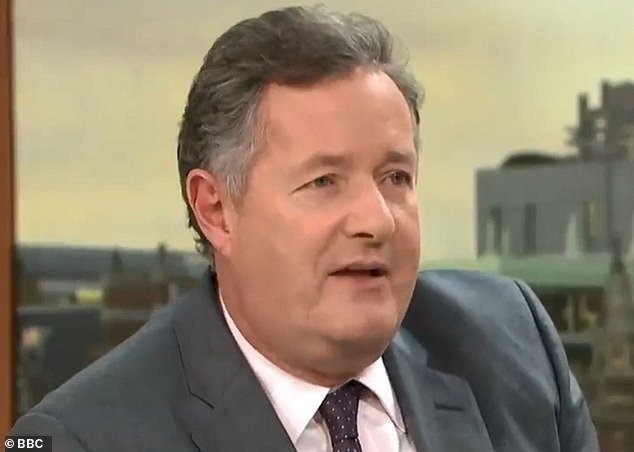 Piers Morgan labelled Australia as the ‘epitome of misogyny and sexism,’ during an interview with Julia Gillard

Ms Gillard suggested people ‘shouldn’t look at a woman leader and say ”I bet she is nasty”.’

‘I think there is a difference between being the boss and being seen as being bossy. Women are much more likely to be bossy than be looked at as the boss,’ she said.

In Britain, the gender pay gap in 2018 was 8.6 per cent among full-time employees, according to the Office of National Statistics.

Australia’s full time gender pay gap is 14.1 per cent, with the Workplace Gender Equality Agency finding women earn an average of $239 less than men per week. 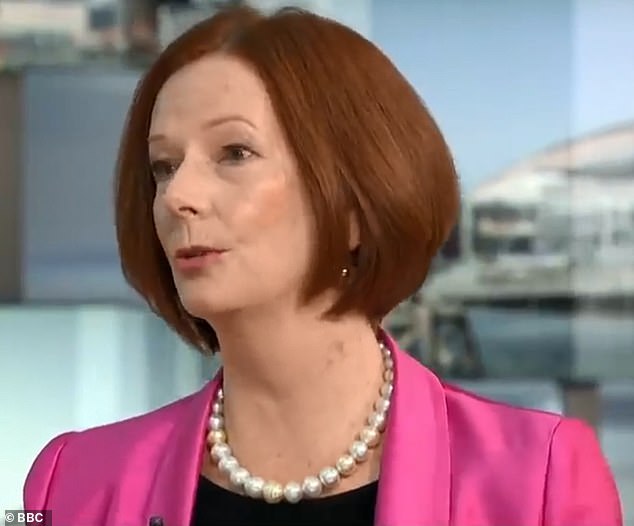