PIERS Morgan slammed Ant McPartlin as the ‘new John Terry’ for taking I’m A Celebrity’s glory at the TV Baftas.

The 43-year-old presenter took to the stage alongside presenting buddy Declan Donnelly after the ITV show won Best Reality and Constructed Factual at Sunday’s ceremony – despite the fact he didn’t present at all on the 2018 series.

Instead, Dec, 43, hosted the show alongside Holly Willoughby, 38, while Ant focused on his health and well-being after his rehab stint earlier last year.

While Ant graciously made sure Holly was front and centre during the acceptance speech, Piers couldn’t help but take aim at his pal.

Writing on Twitter in reply to Gary Lineker on Monday, the 54-year-old said: “Ant is now known as ‘John Terry’ after last night.”

Piers was referring to the infamous moment John donned a full Chelsea kit to collect the Champions League trophy in 2012 – despite missing the game. 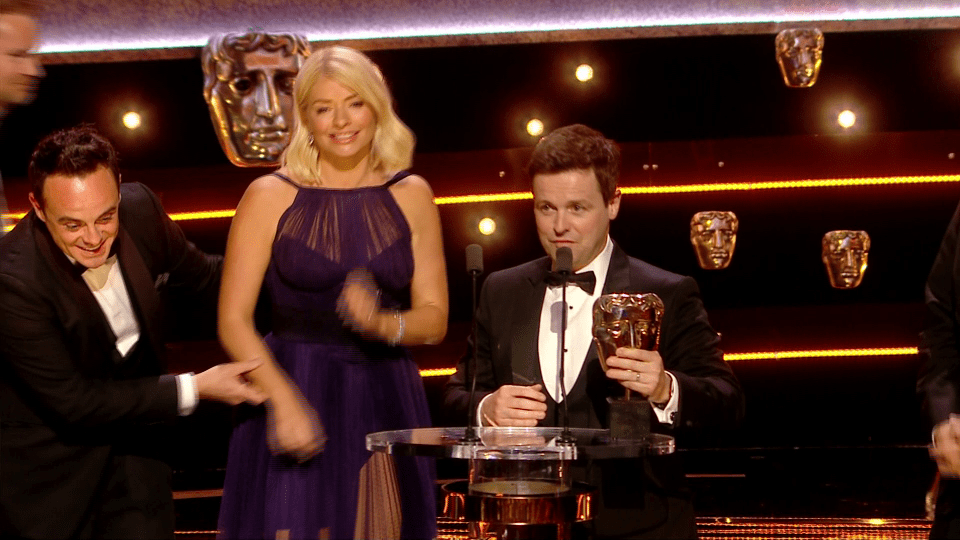 The 38-year-old repeated his actions a year later in the Europa League final, and was mercilessly mocked around the world as a consequence.

It isn’t the first time Piers has slammed Ant for an awards win during his time away from work.

Earlier this year, he had plenty to say when Ant and Dec won another National Television Award for Most Popular TV Presenter.

Speaking on Good Morning Britain in January, he said: “It’s like Ant and Dec always winning it even though Ant hasn’t worked for a year.

'Can't live without you'

“Dec? Sure he’s put a shift in, us? Hundreds of days at the coal face in the morning.”