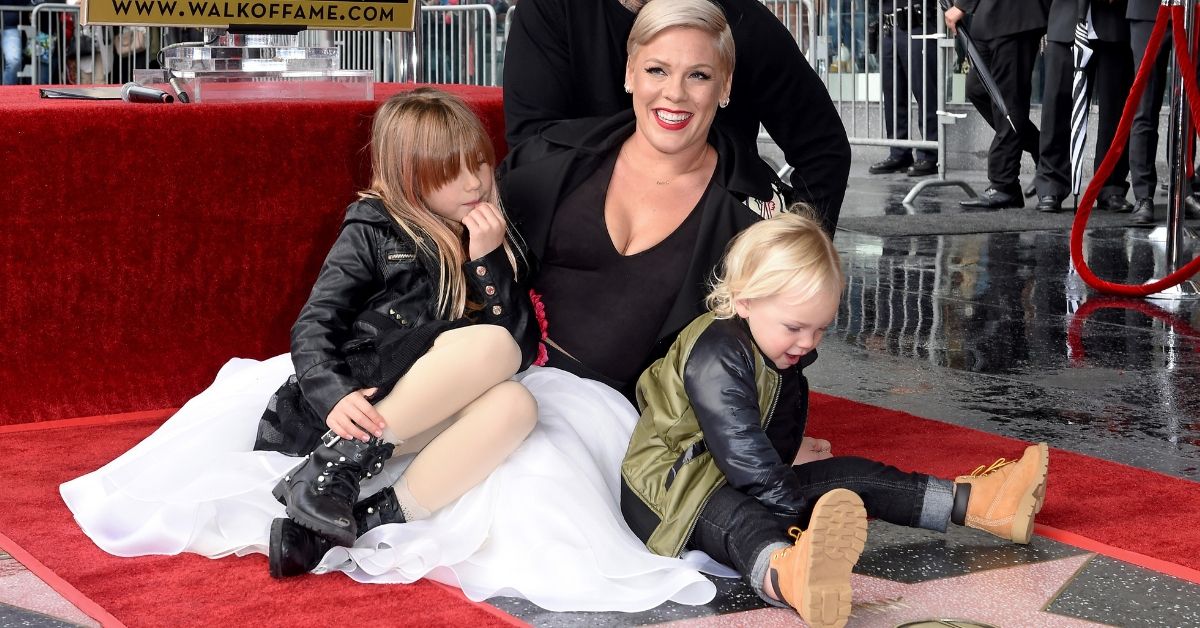 A few days ago, pop star and badass mom Pink became the 2,656th celebrity to have her name written on a star on the Hollywood Walk of Fame.

The singer, who signed her first recording deal 23 years ago, has been one of the most successful female artists of the last two decades so her recent achievement is well-deserved.

Pink broke into the scene with her chart-topping albums and singles, including “Get The Party Started,” “Just Like A Pill,” and “Stupid Girls,” and consistently followed them up with more number-one hits over the years, including “So What” and “Just Give Me A Reason.”

With over 90 million records sold worldwide, several successful tours, and multiple awards, including three Grammys, there is no surprise that Pink would be given her own star.

On February 5, the “Who Knew” singer, whose real name is Alecia Beth Moore, was joined by her husband, Carey Hart, and adorable children, daughter Willow and son Jameson as well as some famous friends, including Ellen DeGeneres, to celebrate the special moment.

“This is surreal. It has been a trip lately thinking back over the course of this career I’ve somehow managed to have,” Pink said during her acceptance speech. “I signed my first record deal 23 years ago … and I’m only 23½ so that’s crazy,” Pink joked.

She took the opportunity to not only thank her fans, letting them know that they “make it matter,” but to also share a message of inspiration based on her journey to stardom.

“Today for me is a celebration of something that my dad taught me. And that is ‘to thine own self be true’ … There is a power in believing in yourself — you may not be the best that ever did it, you may not be the prettiest or the tallest of the funniest or the most talented … if you’re stubborn and you don’t give up and you work really hard — no one else can ever be you. Today is an absolute honor. Today proves that,” she continued.

The singer-songwriter also credited her husband for being her “muse,” adding that “if he didn’t piss me off all the time I’d have not much to say. I wouldn’t be standing up here if it wasn’t for you. Never change.”

In a recent interview with Variety, Pink revealed that she’s dreamed of having a star on the Walk of Fame for a long time now.

“I moved to Venice Beach when I was 19 and I didn’t know anybody — or anything,” Pink told the magazine. “I came out here by myself and I used to go to Hollywood Boulevard to buy stripper heels. I just remember seeing all those stars and thinking: ‘God, I hope this happens for me.’ And here we are.”

While a star on Hollywood Boulevard is a major accomplishment for Pink, these days it’s her children that are her stars as she admitted in her sweet speech.

“I would never shine without you,” the mom proudly said.

Getting a star on Hollywood Boulevard does require the nominee’s sponsor to pay $40,000 to the Hollywood Historic Fund. The cash is used towards installing the star and maintaining the Walk of Fame.