Pippa Middleton opted for a dressed down look as she headed out on an evening stroll around the park with baby Arthur this evening.

The Duchess of Cambridge‘s younger sister, 35, was spotted walking her two dogs while pushing her six-month-old son’s pram in London.

As she made her way along the main drive, Pippa expertly managed her Labrador and Cocker Spaniel named Rafa while concentrating on her phone call.

When it was time to get back onto the pavement, the socialite carefully balanced her mobile phone between her shoulder and head while pushing the stroller. 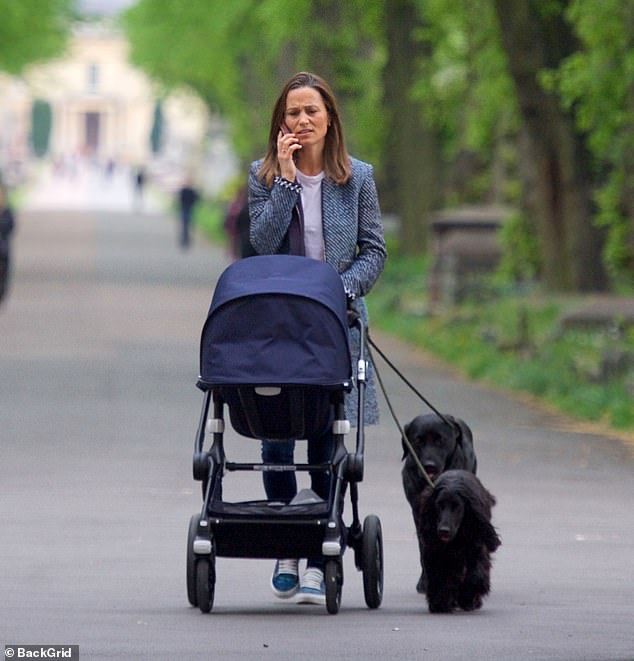 Pippa Middleton, pictured, looked deep in thought as she walked her two dogs and pushed baby Arthur’s pram in London this evening 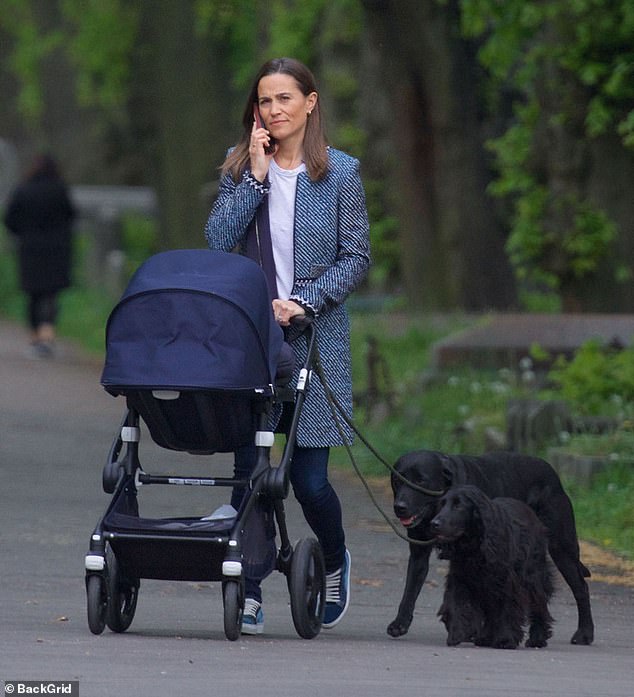 The Duchess of Cambridge’s sister, pictured, held her mobile to her ear with one hand while pushing six-month-old Arthur’s stroller with the other

Pippa, who is married to James Matthews, 43, opted for a casual look for the evening walk in the city and donned blue jeans with a grey t-shirt.

She coordinated her look with a pair of sensible blue trainers with white laces – perfect for keeping up with her adorable pets.

The mother-of-one also wore a knee-length blue coat which featured detail around the cuffs and collar – ensuring she didn’t get too cold in the breeze.

Throughout the walk baby Arthur was well covered inside his pram, with the navy blue pram hood pulled completely down. 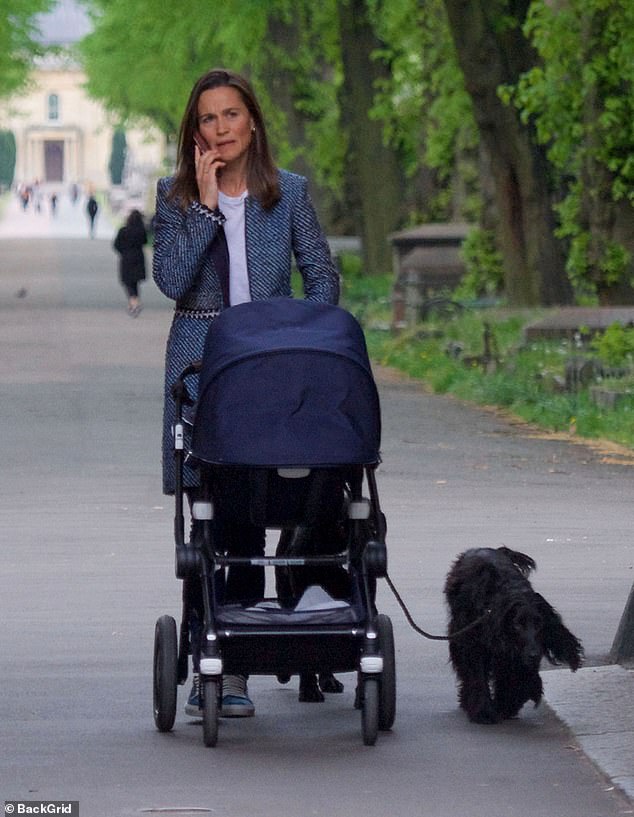 As the mother, pictured, made her way around the park she continued her conversation and appeared to be concentrating 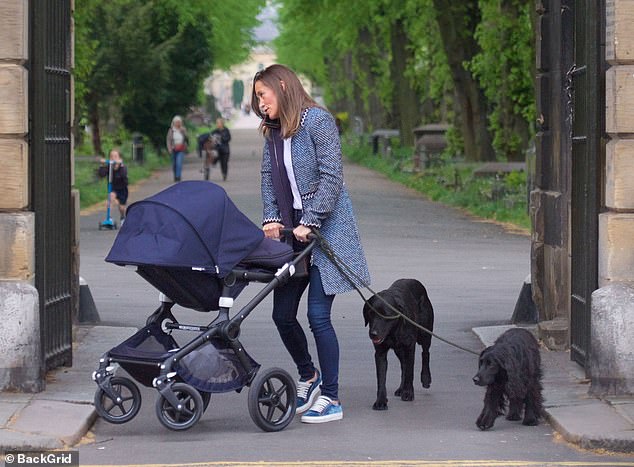 On the way out from the park, Pippa expertly balanced the phone between her shoulder and head while pushing the pram onto the pavement

Pippa has kept a relatively low profile since she and husband James welcomed their first child together in October last year.

However, she has been keen to stay active in the first months of motherhood, and has been spotted walking with Arthur many times – often near the £17M family home.

Pippa is often seen out walking with the same £1,100 pushchair. The state-of-the-art pushchair is from Dutch-based brand Bugaboo, favoured by celebrity parents including Gwyneth Paltrow, Victoria Beckham and Sir Elton John.

Pippa’s older sister the Duchess of Cambridge, 37, is also rumoured to have purchased a Bugaboo design ahead of the birth of Prince George in 2013.