Theresa May will today push ahead with a £2billion plan to prepare the UK for the possibility of leaving the EU without a deal.

In the Commons yesterday, Mrs May gave her strongest warning yet about the potential impact of a no-deal Brexit, saying it would ‘risk the jobs, services and security of the people we serve’.

But she said that, with the fate of her deal in the balance, the Government had a duty to step up preparations for the possibility of a no-deal Brexit. 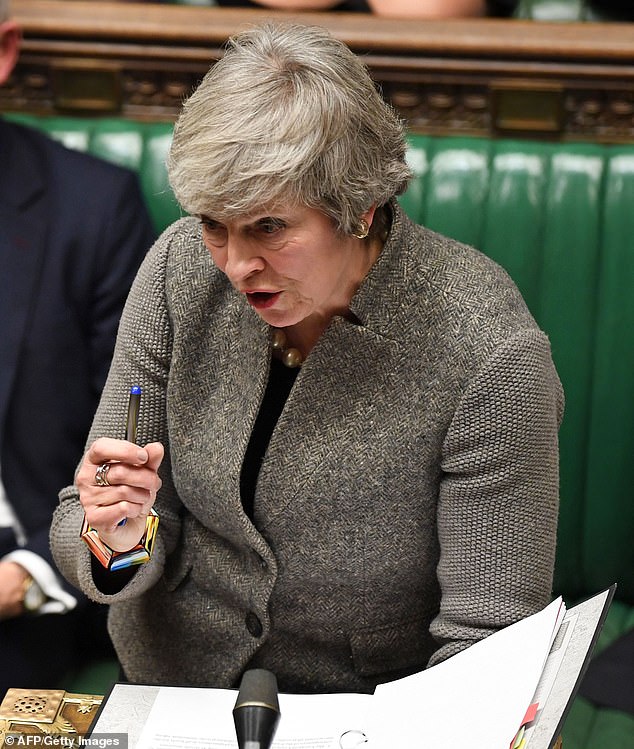 In the Commons yesterday, Mrs May gave her strongest warning yet about the potential impact of a no-deal Brexit, saying it would ‘risk the jobs, services and security of the people we serve’

The move came as it emerged Brussels is preparing a ‘basic’ offer to keep flights in the air and money flowing for up to nine months in the event of a no-deal Brexit.

Cabinet ministers will gather in Downing Street this morning for their last meeting of the year in a bid to agree the no-deal plans.

But, in an extraordinary breakdown in Cabinet discipline, ministers were openly speculating yesterday over how to proceed on Brexit if Mrs May’s deal fails.

Business Secretary Greg Clark and Work and Pensions Secretary Amber Rudd yesterday went public with demands for the PM to hold a series of ‘indicative votes’ on alternatives – including no-deal, a Norway-style soft Brexit and a second referendum.

The idea would allow MPs to vote on a series of Brexit options to ‘test the will of parliament’ but the results would be non-binding. 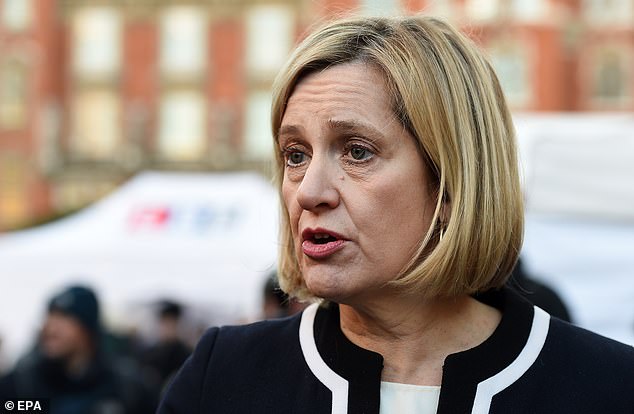 Brexit-backing International Trade Secretary Liam Fox and International Development Secretary Penny Mordaunt will urge Mrs May today to hold a free vote on her deal in the hope of peeling off a significant number of Labour MPs to cancel out the Eurosceptic Tories committed to voting it down.

Defence Secretary Gavin Williamson, Home Secretary Sajid Javid and Treasury Chief Secretary Liz Truss are pushing Mrs May to step up talks with the EU in the hope of securing a concession that will satisfy the Democratic Unionist Party, which props up the minority Tory Government.

Miss Mordaunt last night suggested she would back a ‘managed no-deal’, in which the UK would offer to pay £20billion in return for a 21-month transition period to give time to negotiate a looser trade arrangement.

Mrs May yesterday ruled out a second Brexit referendum, saying it would do ‘irreparable damage’ to Britain, fuelling divisions. However, Miss Rudd earlier suggested the Government should keep open the possibility of a second referendum.

She said ‘all options’ should remain on the table if the deal is voted down. EU officials will unveil the full extent of the plan to limit the damage of a ‘cliff-edge’ Brexit tomorrow. Brexiteers could seize on it as evidence the bloc is prepared to accept a ‘managed no-deal’.

Cabinet will today order six million British businesses to begin preparations for a No Deal Brexit, according to The Sun.

The paper reported that Phillip Hammond will hand out a further £2billion to ministries in order to prepare for the possibility of no deal, and government departments will be advised to concentrate on preparations for the EU exit.

The Chancellor is also said to be preparing to criticise senior ministers for only spending a third of their budgets so far as a new emergency package is set to be presented to Cabinet by Brexit Secretary Steve Barclay.