Police officers carrying Tasers are both more likely to be assaulted and to use force against suspects, a new study suggests.

Researchers at the University of Cambridge found City of London officers armed with the electroshock weapons were almost 50% more likely to use force in the line of duty.

It was also found they faced twice as many assaults as unarmed colleagues.

Between June 2016 and June 2017, researchers allocated a Taser-carrying officer to 400 frontline shifts. 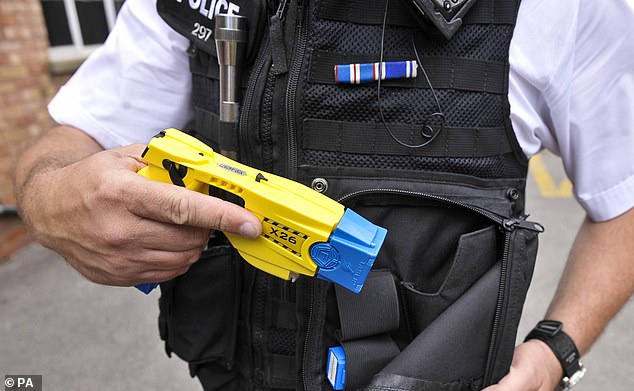 Use of force was 48% higher among those City of London officers carrying Tasers than their unarmed counterparts.

It was 19% higher among those without a Taser but accompanying a carrying officer.

Six physical assaults against police were recorded during shifts with Taser-carrying officers, compared to just three on unarmed shifts.

In total, over the study period, Tasers were ‘deholstered’ nine times by the examined officers, with suspects shocked on two occasions.

Dr Barak Ariel, from the Cambridge Institute of Criminology, said: ‘We found that officers are more likely to be assaulted when carrying electroshock weaponry and more likely to apply force.

‘The City of London Police rarely discharged Tasers during the study. Yet the very presence of the weapon led to increased hostility between the police and public. 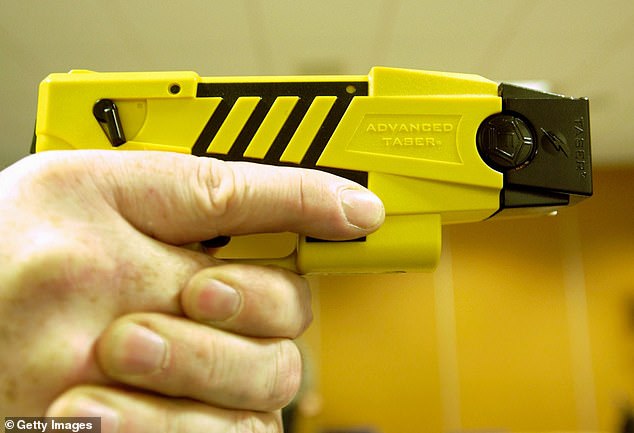 ‘The presence of Tasers appears to provoke a pattern where suspects become more aggressive toward officers, who in turn respond more forcefully.’

Study co-author Chief Superintendent David Lawes, from the City of London Police, said: ‘The use of Tasers have been a proportionate and sensible introduction to policing against a backdrop of unsophisticated terror attacks and an increase in violent crime across London.

‘A number of other forces are interested in replicating the study to add to the evidence base and see whether the experiment produces the same results outside of London.

‘Across our force, we will continue to use evidence to define how we target problems, which tactics we should use and how we can ensure policing is efficient and safer for both the general public and our officers.’