Four men have been arrested for murder after a man in his 30s was found dead in east London today.

Reports of an unresponsive man prompted police to investigate a home in Hedgeman’s Road, Dagenham, at 10.41am.

On arrival, officers found the dead man and cordoned off the crime scene where a police presence remains. 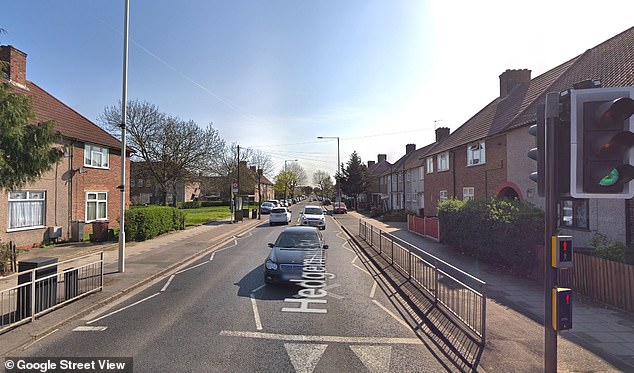 Reports of an unresponsive man prompted police to investigate a home in Hedgeman’s Road, Dagenham (stock image) at 10.41am

The four murder suspects have been taken to east London police stations where they are being held in custody.

A Metropolitan Police spokesperson said: ‘Police were called at 1041hrs on Saturday, 20 April to reports of a non-responsive male at a residential address at Hedgeman’s Road, Dagenham.

‘Officers attended, at the scene a male, believed aged 30s, was found deceased.

‘Four males, no further details, were arrested on suspicion of murder.

‘They have been taken to east London Police stations where they remain at this time.

‘Officers remain on scene. The Homicide and Major Crime Command has been notified.