A police chief’s son who dreamed of following in his father’s footsteps only to miss out on a job because he was not from a minority group said today that he is no longer sure that he wants to become an officer.

Matthew Furlong, 25, went for one of dozens of positions opening with Cheshire Police, but despite passing his test he was told he did not make the final cut.

After his test he was ‘on cloud nine’ after positive comments from the interviewers – who said he was well-prepared.

When his father decided to investigate the family discovered some people were chosen above Matthew, because they were female, gay or from an ethnic minority group.

Matthew said: ‘There was only 85 positions available

‘They implemented three selection principles – anyone who passed who identified as female, black or ethnic minority, lgbt, was automatically given a conditional offer.

‘If anyone speaks English as a second language.

‘Thirdly anyone who already works for the organisation as a PCSO or something else.’

Mr Furlong was among about 675 candidates who applied to join Cheshire Police in September 2017 and was shortlisted a month later. He passed challenging tests and was invited for an interview, along with 182 others, in November.

Although the interview went well, with an inspector on the panel telling Mr Furlong he had been ‘refreshingly well-prepared’, he was rejected six days later. He was among 34 white male non-disabled candidates who were unsuccessful.

Mr Furlong, who has a degree in particle physics from Lancaster University, lodged a discrimination claim against Cheshire Police under equality legislation, and won.

It is believed to be the first successful case of its kind. 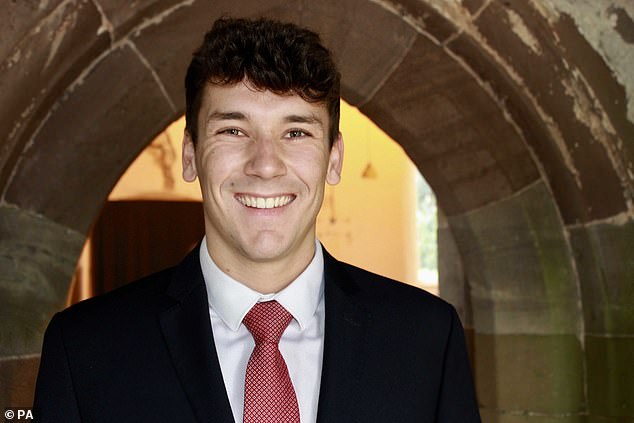 Matthew Furlong, 25, who has won an employment tribunal which found Cheshire Police had discriminated against him on the grounds of sexual orientation, race and sex

In a ruling last week a judge criticised the force for treating candidates with ‘protected characteristics’ – including those who were gay, transgender, disabled, black or from other ethnic minorities – more favourably than Mr Furlong, who was ‘a white, heterosexual male without disability’.

Philip Schofield said Cheshire Police was one of the forces identified as not having enough BAME officers when Theresa May was Home Secretary.

Changes were promised after outrage over the view some people are not represented within the force.

This followed a government review which revealed the force had no black officers, just five from Asian backgrounds and four of mixed race, compared to more than 1,400 white officers.

The presenter added: ‘You became a victim of police effort to change their image.’

Matthew said he is now unsure he wants a career in the police. 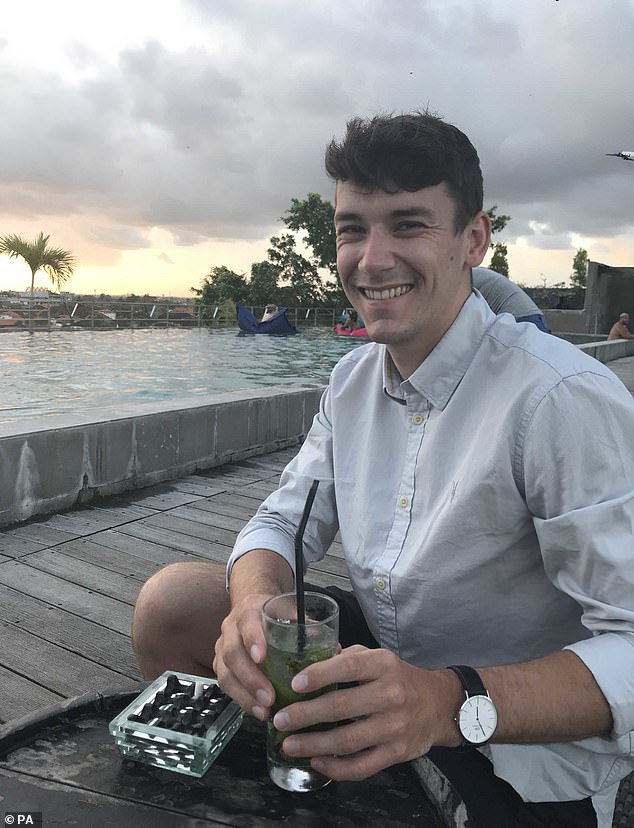 Mr Furlong, whose father has served for Cheshire Police for more than 20 years, said he had been on ‘cloud nine’ after his interview

He said: ‘I am totally for diversity in the police force and I accept there are under representations.

‘I am not sure it is a career I still want to pursue.

‘It has shattered my illusions of the legitimacy of the recruitment process.

‘I don’t think what happened is reflective of police as a whole.’

An expert said the test level has also been set too low since of 180 applicants, 127 passed the test.