Murder detectives are hunting a man who was seen on CCTV buying a jerry can of petrol just an hour before a seven-year-old died in an arson attack on his home.

His mother Efe and older sister Sarah were able to escape by jumping from the first floor windows, injuring themselves.

Today, nine months on, police released images of the man at a Shell garage at 2.20am on the day Joel died in Shooters Hill Road, Blackheath. 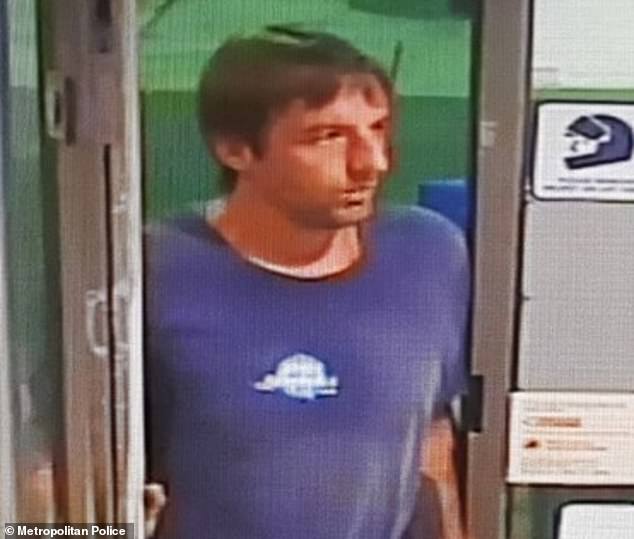 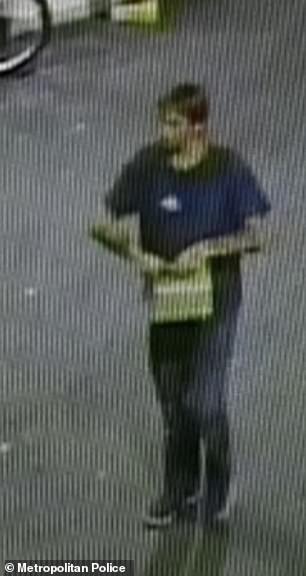 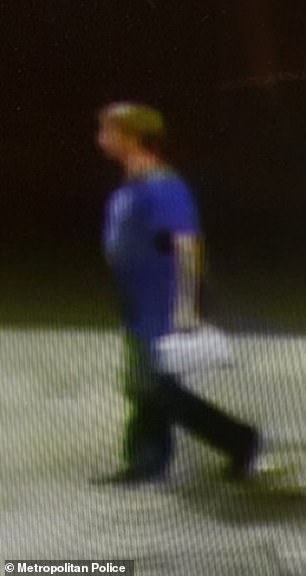 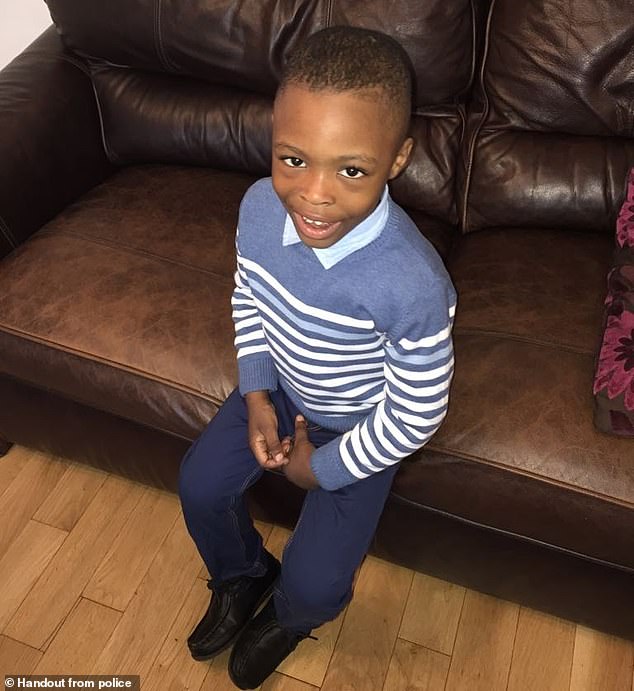 Just over an hour later, the blaze started at the house just a few miles away in Adolphus Street, Deptford.

Joel’s body was found by emergency services in the upstairs bedroom he shared with his mother. A post-mortem found he had died of burns caused by the fire and smoke inhalation.

Police believe a burning item may have been pushed through the letterbox to start the blaze.

Sam had been jailed for four years for drug dealing in 2016.

In CCTV images released this morning, the man is seen arriving on a bicycle with a petrol can that he filled with fuel. He paid with a £20 note.

The man wore blue jeans, blue deck shoes and a blue t-shirt with a two word motif. One of the words can be made out as ‘removals’. 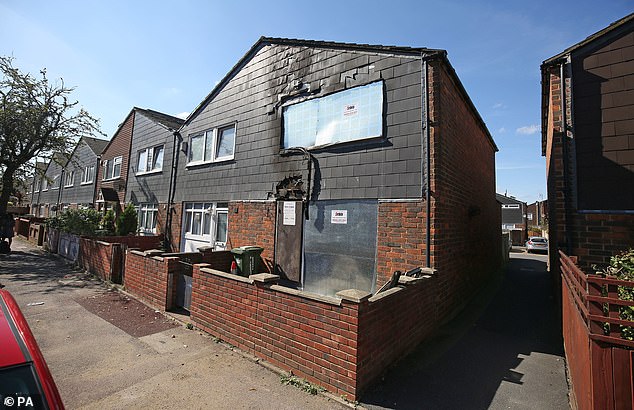 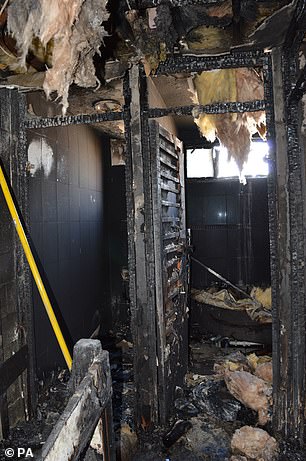 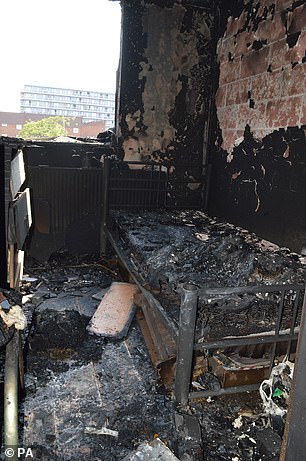 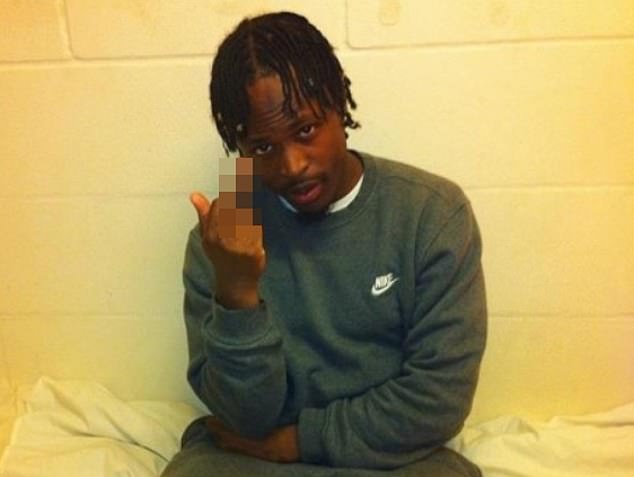 Joel’s older brother Sam, previously jailed for drug dealing, had been stabbed outside the house less than two months before the fire

A special reconstruction was aired today on Crimewatch Roadshow alongside the images.

Mrs Urhie also paid tribute to her son and made an emotional plea for anyone with information to come forward.

She said: ‘Joel was the sweetest most caring little boy you could ever meet.. He was so intelligent and always curious to learn new things.

‘He never complained about anything. He loved going to church, and led the Praise and Worship at the weekly bible study group.

‘Joel always wanted people around him – that was why we used to go to the park a lot so that he could make new friends. His smile and laugh would light up a room and he was so full of life and energy.’

She said the last words she exchanged with her beloved son, Joel, was that he had told her ‘I love you Mummy’, and ‘we’re going to make it together’. 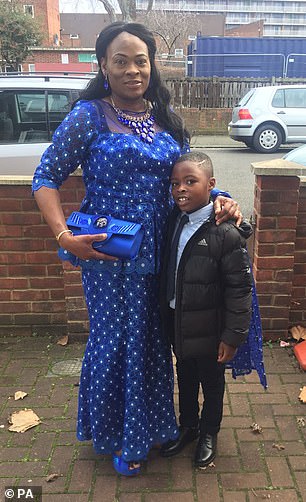 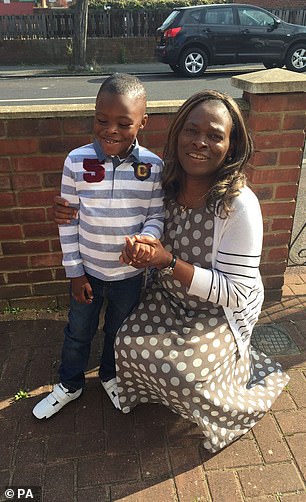 Trapped in a bedroom, she said she had planned to jump out ahead of him to cushion his fall.

Detective Inspector Alison Cole said: ‘The petrol station where these images were taken from is just a few miles from the Urhie family home in Adolphus Street, the location of the devastating attack which led to Joel losing his life.

‘We are asking for help to identify this individual as we would like to speak to him as part of our ongoing work – if only to eliminate him from our enquiries. If you are this man, or you know him, please contact us as soon as possible.

‘We are hoping that it will help jog the public’s memories of that night in August last year.

‘This terrible arson – one of the most horrific crimes I have seen in over 25 years of policing – claimed the life of an innocent child, a tragic loss his family will never get over, and we desperately need the help of the public to bring justice for Joel’s family.’