A police officer who was sacked for a racial outburst at an Asian takeaway has been given her job back after an appeal.

PC Katie Barratt, 23, was dismissed after saying ‘I wish these f*****g p***s would hurry up with my pizza’ after a Northumbria Police Christmas party.

The drunk officer had admitted using the term ‘p***’ at the Spice of Punjab takeaway in Newcastle on December 14 last year – and it was also claimed she had called staff at the takeaway ‘n*****s’.

The officer was dismissed from her ‘dream job’, but a panel overturned the ‘unreasonable’ ruling yesterday, meaning PC Barratt can return to the beat, while the force will have to hand her at least £15,000 in back pay.

She and her mother wept as she was given the green light to resume her lifelong dream of being an officer.

But the force fought to block her return, claiming her slurs could ‘seriously damage’ the police’s reputation.

‘Sadly it confirms a stereotype that is unfortunately held in some communities about the police,’ said the force’s barrister Steven Reid.

Questions will now also be asked whether PC Barratt can and will work with Asian communities.

The panel heard how she would find that hard after her picture was widely used in national media.

And even her own barrister admitted the slurs she used were an ‘abomination’.

Her barrister Guy Ladenburg said she had come from a ‘police family’ and had a promising career before the 2017 incident. 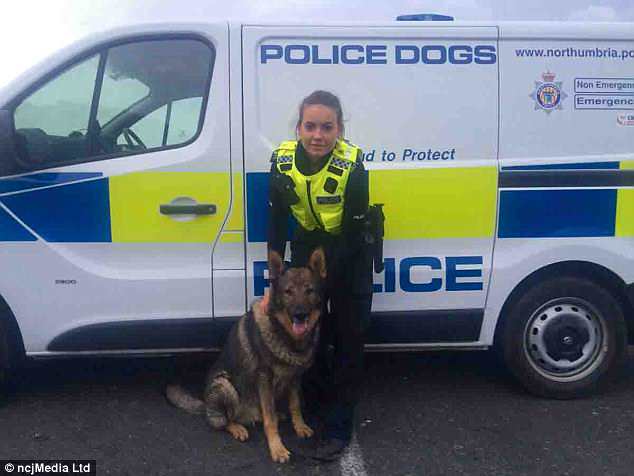 The meeting heard staff had been buying PC Barratt drinks all night at the 2017 Christmas ‘jolly’ but she had since addressed that.

‘She’s not touched a drop of drink after this incident,’ said Mr Landenburg.

And he said she felt that she shouldn’t have been sacked ‘because it is not the worst kind of racism’.

Instead he claimed it was a one-off for which she should be given a second chance rather than the ‘nuclear option’ of dismissal.

However Steven Reid, on behalf of the police, said the force felt no racism from an officer – on or off-duty – was ever acceptable.

‘The appellant didn’t go out that night to deliberately racially abuse members of the public,’ he stated.

‘But the fact remains she did.’

PC Barratt accepted ‘it was only luck’ nobody else bar her colleagues heard her slurs, adding: ‘She knew she was being racist’. 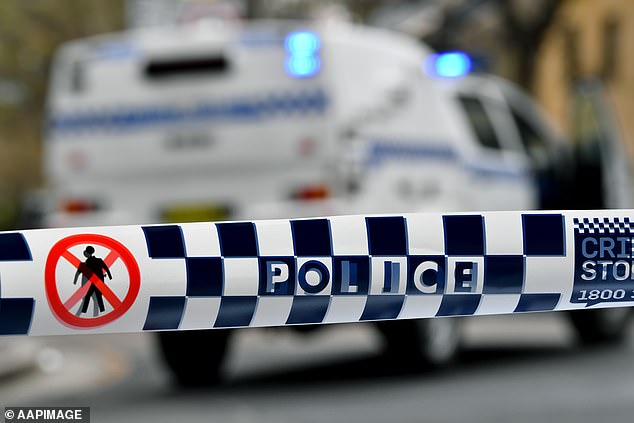 The force fought to block her return, claiming her slurs could ‘seriously damage’ the police’s reputation (stock image)

‘Her prejudice on that evening leaked out.’

The three-person panel downgraded her punishment to a final warning after two hours of deliberations.

The panel’s chair Dorian Lovell-Park said it ’roundly condemned’ her comments – but then wished her luck with resuming her career.

Detective Superintendent Sav Patsalos, head of Northumbria Police’s professional standards department, said: ‘We acknowledge the decision of the independent panel and will now take some time to review its findings.

‘It is important to recognise that the decision to dismiss PC Barratt was taken by an independent panel and it was within the officer’s rights to appeal this decision.

‘A second independent panel has today overturned the decision to dismiss the officer but they agreed the language she used was unacceptable and agreed with the finding of gross misconduct.

‘This was recognised by a colleague who rightly came forward to report the comments and this reflects the culture within the Force where people have the confidence to speak up and challenge this kind of behaviour.

‘We expect officers and staff to maintain the highest levels of professionalism at all times and I want to assure the public that we are committed to taking positive action when individuals fall below the expected standards of behaviour.’

Barratt had joined the force as a student constable in 2016 and had previously volunteered as a special constable. She apologised for her actions and pleaded with the panel not to dismiss her from her ‘dream job’.

She had told the first panel last year: ‘I’m really sorry for what I’ve done. I can’t emphasise how sorry I am. It’s my dream job. It’s all I wanted to do since I was little.

‘In the last six months I have had time to reflect on my actions and I will never ever repeat again what happened that night.’

She continued: ‘I have matured a lot. I don’t go out anymore, I don’t drink. I’m pleading with you to please give me another chance.’

The $630k Black Tomato trip that's in this year's Neiman Marcus Christmas Book
Robert Mugabe's widow is distraught as his family prepares his body to be flown back to Zimbabwe
Prince Harry and Meghan Markle's last royal duty marred by row
U.S. has ordered 'millions of units' of malaria drug as potential coronavirus therapy
Meghan 'sparked row between Prince Harry and David Beckham'
Duchess of Cambridge opts of 1940s look while Meghan Markle is all in moody blue at Sandringham
Kate Middleton visits baby sensory class in 24-hour UK tour
BBC thriller The Capture - which has been hailed the next Bodyguard - is set to be a hit