The police watchdog today stood by its finding that no officers in the bungled probe into a bogus ‘VIP paedophile ring’ were guilty of misconduct.

Fantasist Carl Beech, previously known only as ‘Nick’, fabricated a series of claims of rape, torture and murder by innocent, well-known names from the military, security services and politics.

The police investigation into his claims, called Operation Midland, cost taxpayers £2.5million and ended in 2016 without a single arrest.

Despite the catalogue of failings he found, the Independent Office for Police Conduct (IOPC) exonerated the five officers involved in investigating the bogus claims.

The IOPC today published its report on Operation Midland and blamed ‘gaps in processes and systems’ without finding any misconduct on the part of any of the individual officers involved. 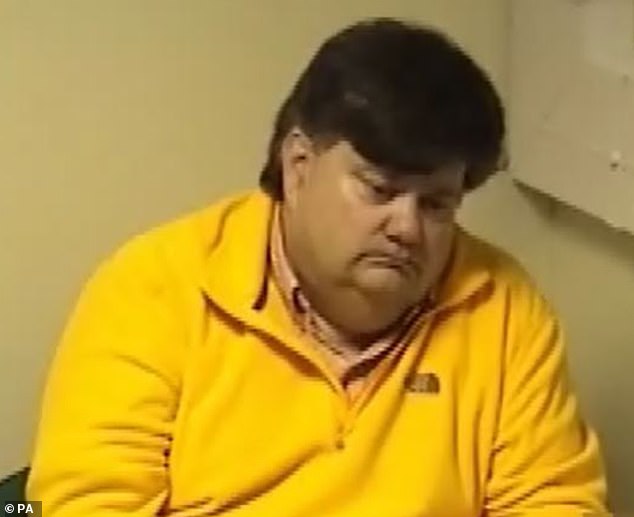 Fantasist Carl Beech made up a series of claims about public figures, prompting a bungling police probe. The police watchdog today stood by its finding that no officers were to blame 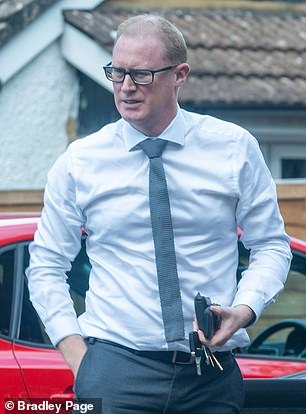 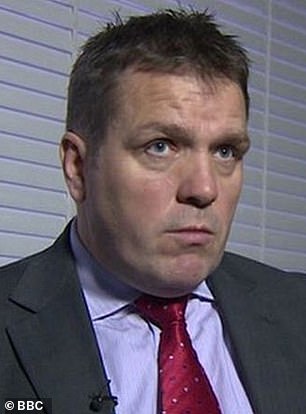 Steve Rodhouse (left), the officer who oversaw the investigation, remains in his £240,000-a-year job at the National Crime Agency. Neither he nor Det Supt Kenny McDonald (right) were questioned by the watchdog 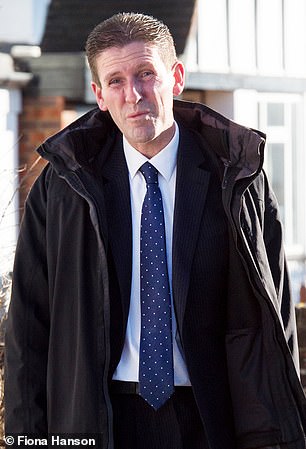 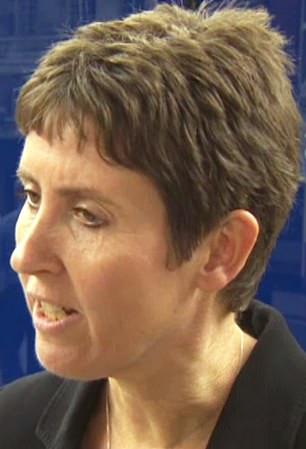 The watchdog’s director general Michael Lockwood said: ‘Did the officers involved make mistakes? Yes. Could police processes have been improved? Almost certainly. But did they deliberately exclude information to secure the warrants? Our investigation found no evidence of that.’

Today’s statement from the IOPC states: ‘This investigation focused on the decision to apply for search warrants and the accuracy of the information provided to the court in February 2015, relating to properties linked to Lord Brittan, Mr Proctor and Lord Bramall.

‘The investigation found no evidence the police officers investigated had deliberately misled a district court judge, but found gaps in processes and systems, outlined in the investigation report.’

Its recommendations include suggestions that search warrant applications in court could be recorded and police should balance ‘belief’ when allegations are made with ‘objectivity’ during the investigation.

Former Tory MP Harvey Proctor, who was one of those falsely accused by Beech, has branded the police watchdog’s report ‘a whitewash’.

Mr Proctor said the report was a ‘pathetic attempt to excuse the police for their mistakes, incompetence and negligence by saying they acted in good faith’ to maintain public confidence in the wake of the Jimmy Savile scandal.

‘This report shows the IOPC is worse than useless. It actually defends the police against the authoritative findings of Henriques because they wanted to boost public confidence in themselves,’ he said.

‘The Home Secretary should remove the IOPC director general and the IOPC must be abolished and replaced by experts who are genuinely qualified to assess and to criticise police failings. We now know the police watchdog is blind,’ he added. 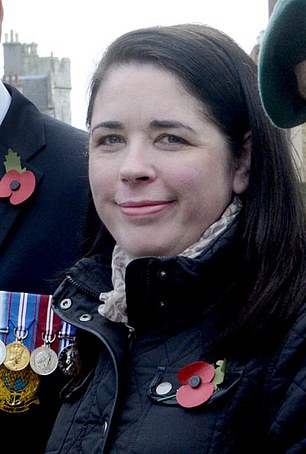 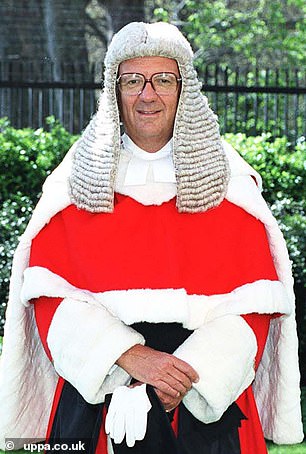 Detective Chief Inspector Diane Tudway who by reason of the passage of time ‘was unable to recollect what information was available at what time’. Sir Richard Henriques (pictured in 2000) says ‘no effective interrogations’ were carried out during the ‘flawed’ inquiry by the Independent Office for Police Conduct

His lawyer, Geoffrey Robertson QC, said: ‘It is a fundamental mistake for the IOPC to think that police are justified in abusing their powers in order to maintain public confidence in themselves – that is an improper motive and it is outrageous that the IOPC should think it is a valid excuse for accusing innocent men of heinous crimes or misleading a judge to obtain a search warrant for their homes.’

Writing in the Daily Mail, Sir Richard expressed concern over the watchdog’s ‘lack of knowledge of criminal procedure’ and called on Home Secretary Priti Patel to take action.

He said the IOPC investigation was ‘flawed’, that ‘no effective interrogations’ took place and that he found it ‘difficult to conceive that no misconduct or criminality was involved by at least one officer’.

‘Whilst all five, absent any proper investigation, must be presumed innocent, the responsibility of the IOPC was to carry out a high-quality investigation in a timely manner,’ he wrote.

‘The delay in reaching their findings of almost three years is gross and inexcusable, and goes some way to inhibiting any further investigation. The investigative process itself was minimal, unprofessional and the decision-making was flawed.’ 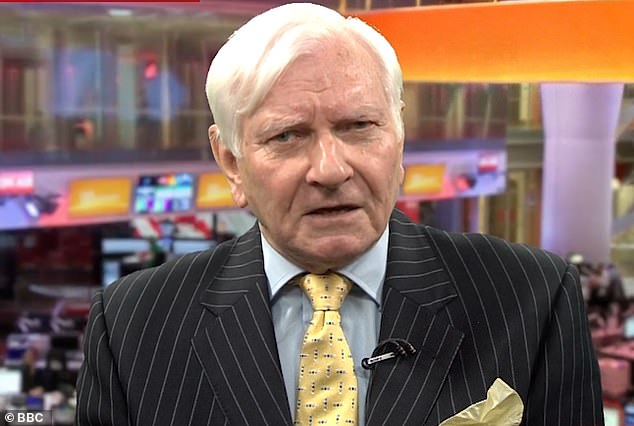 Sir Richard said the two most senior officers among the five investigated – Deputy Assistant Commissioner Steve Rodhouse and Detective Superintendent Kenny McDonald – had not been asked ‘a single question in interview … written answers having been accepted without questioning’.

Both Detective Inspector Alison Hepworth and Detective Sergeant Eric Sword submitted written answers to questions which were accepted with no cross examination.

The only officer to be questioned face to face was Detective Chief Inspector Diane Tudway who by reason of the passage of time ‘was unable to recollect what information was available at what time’.

Despite clearing individual officers of any blame, the IOPC did make the following recommendations on police warrant applications.

1) Warrant requests by the police should be ‘consistently completed to a high standard’.

2) The National Police Chiefs’ Council and College of Policing should ensure officer know how best to apply for warrants.

4) The Criminal Procedure Rule Committee should include notes on search warrants.

5 and 7) The Met should remind staff of their duty of disclosure when applying for search warrants.

6) The Home Office’s Police and Criminal Evidence (PACE) Strategy Board should ammed its code to emphasise disclosure when applying for search warrants.

8) The next review of PACE should consider rules around search warrants.

9) The Met should consider potential conflicts of interest in who carries out searches.

10) The Met should define the benefits of its IT system ‘HOLMES’.

11) The Met should consider how it can best reinforce good-quality document management.

12) The Met should seek undertake regular periodic reviews of investigations to ensure they are being conducted properly.

13) Police forces need to balance ‘the culture of belief at the time an allegation is recorded with the clear need to objectively investigate the allegations thereafter’.

14) Police forces should take care when considering whether a suspect can or should be identified by information they put out.

15) Police should ‘ensure that a fair and balanced summary of the reasons for taking no further action is put out into the public domain’.

16) Suspects should receive ‘regular open and candid communication’ from the police during investigations.

How a war between Russia and the US would kill 34MILLION in hours
James Patterson to headline next year's Theakston Old Peculier Crime Writing Festival
Sylvia Flote slams fashion brands for using models with fake bumps to sell maternity ranges
U.S. F-35A fighters go to war for first time as stealth jets join coalition air strikes against ISIS
Millionaire businessman defends decision to go to the press after ex-wife duped him for 21 years
From Austen to Zadie, the English language's 100 best books
Michelle Obama was on a Paris cruise when Notre Dame caught fire
Review-Journal High School Challenge Picks — Week 1